In this excerpt from his autobiography Still Horse Crazy After All These Years, Olympian Jim Wofford shares what it was like to struggle with learning a new system of riding in 1965 when he was first selected to train at Gladstone with Stefan von Visy, then US Eventing Team coach. 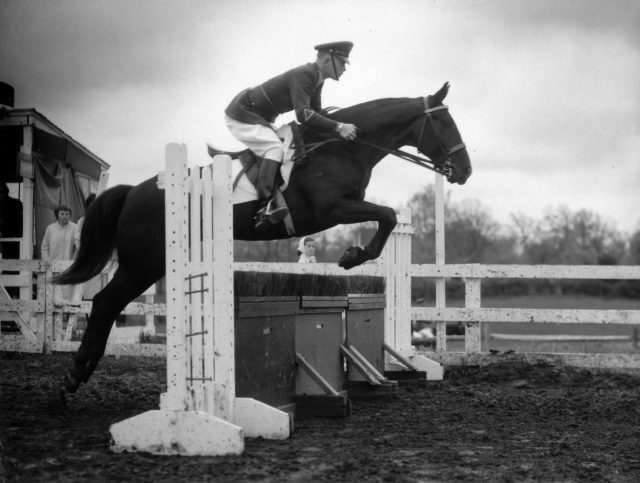 Jim Wofford as a 14-year-old Lance Corporal at the 1959 Round Barn Horse Show in Barrington, Illinois, doing a pretty good imitation of the U.S. Cavalry seat. Photo courtesy of Culver Academies.

I had always ridden with instructors who based their teaching on the U.S. Cavalry system, as developed by General Harry Chamberlin. Dressage was taught under his system, but the exercises were aimed at improving the rider’s control of the horse, not as specific exercises and movements produced at an exact spot and designed to produce a numerical score. According to Stefan, the rider should control every movement of the horse, especially when approaching a jump. For the first time in my life, I was introduced to the concept of “timing,” which I later defined as the rider’s ability to predict and influence the remaining increments of stride before an obstacle.

In short, I had never known that it was possible to get to a jump “wrong,” so usually produced acceptable efforts from my horses, who were willing partners in our attempts to get to the other side. Not only was I now required to regulate my horse’s approach and arrive at a pre-determined spot in front of each jump, but also I was a terrible rider and a stupid boy when I failed to do this. Stefan had a short fuse, but there were twelve of us on the eventing talent squad (and another twelve on the show-jumping squad), so there were plenty of other stupid boys and girls around to share his critical comments. I didn’t complain; I had expected it to be tough. My military background had accustomed me to discipline and strict behavioral parameters. However, I had expected to be able to improve, and that wasn’t happening.

All this was from my perspective; from the Team’s perspective, I must have been among the best of an unskilled lot. At the end of the two-week clinic, the show jumping and eventing  squads each named six riders who would remain at Gladstone for further training, and I made the list.

The training became more useful as the Intermediate Championships approached. We had a couple of cross-country schools, and we now galloped on a regular basis. Stefan was as organized in his conditioning work as in everything else, and I quickly realized what an advantage I had in coming from a high-altitude location. Both of my horses were obviously fitter than the rest and handled the work easily. My long, slow, progressive conditioning was paying off. Play the Field looked especially good—her old tendon injury did not seem to be an issue—and Atos sniffed disdainfully at his workload.

When the event was over I had placed in the top five, but I suffered one of my most embarrassing moments to do it. The Championships used the Classic format, including road and tracks, steeplechase, and so on. In those days, riders got down after steeplechase and ran alongside their horses on Phase C in order to take the weight off the horse’s back. Atos and I were jogging happily along a gravel road behind the Gladstone estate after steeplechase, heading for the ten-minute vet box, when a car full of young ladies including Lana du Pont, Carol Hoffman, and Donnan Sharp pulled up alongside and started to tell me how good we had looked on the steeplechase. Carol was already a successful show jumper, Lana was an Olympic veteran, and Donnan soon would be. I was consorting with equestrian royalty, and good-looking ones to boot, plus I was fit enough to jog and talk at the same time. But just at the moment I started to think that maybe I was pretty cool, I caught one spur in my other spur strap, tripped, and fell flat on my face in the gravel. Atos never suffered fools gladly and bolted up the road, heading for the barn.

I knew if he ever got loose from me, I wouldn’t catch him until next week, so I held onto the reins like grim death. He pulled me up the gravel road for a while, but finally got tired of my weight on the bridle and stopped. I got to my feet with bloody knees and torn breeches, looking as if I had been pulled backward through a hedge, while the girls in the car pulled past me. I could hear them shrieking with laughter as they went around the bend. I can laugh now, but at the time I was in a suitably grumpy mood for cross-country.

I wasn’t in a hurry to share that story, and obviously Stefan did not hear about it, as I survived the next cut and remained in residence at Gladstone, preparing for the U.S. National Championships in early September. This event would be held in upstate New York, outside of Geneseo, and would provide my most serious test to date.

This excerpt from Still Horse Crazy After All These Years by Jim Wofford is reprinted with permission from Trafalgar Square Books (www.horseandriderbooks.com). 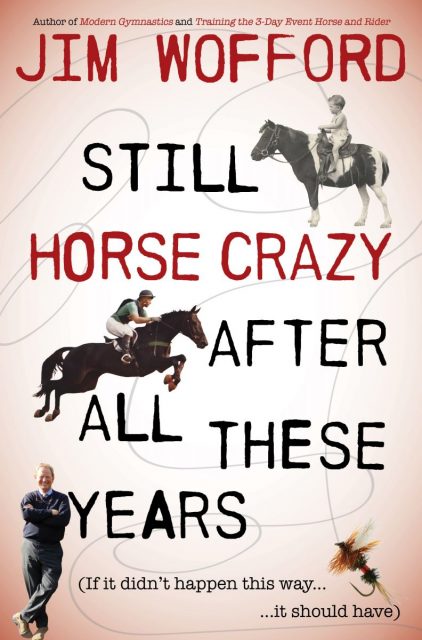