A number of riders have shared with us their opinions about a recently proposed rule change by the USEA concerning the increased number of MERs to move up to Preliminary, Intermediate and Advanced. As of March 12, this change has been tabled until the 2023 competition season. John Meriwether from Area 7 weighs in with some thoughts on the Modified level. To read other Perspective pieces on this topic, click here. 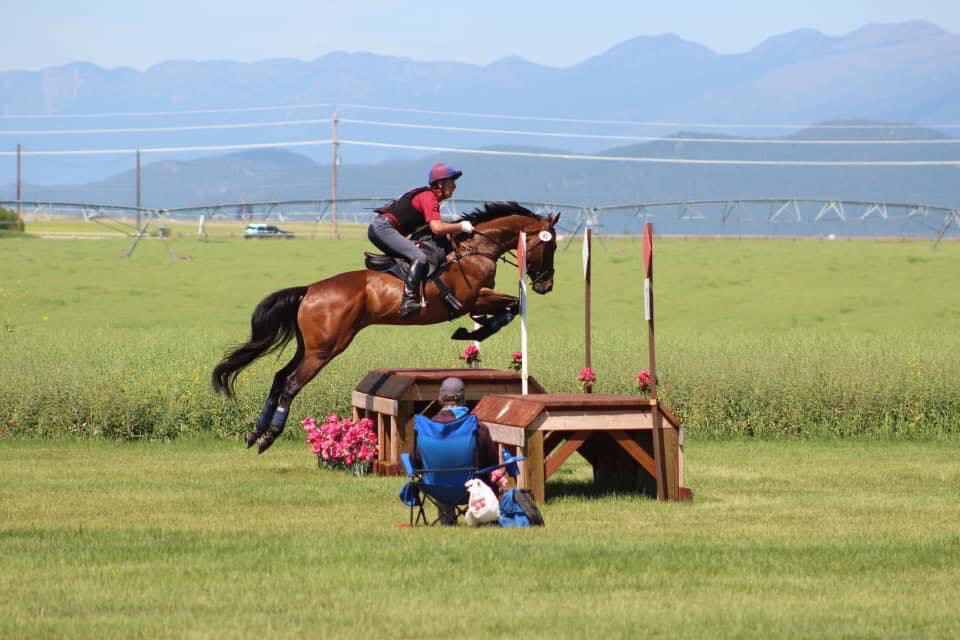 May I ask everyone to consider why the USEA is still considering letting people and their horses skip a level? We don’t allow pairs to skip from Prelim to Advanced, so why should skipping from Training to Preliminary be allowed? The answer is that the USEA has not stood behind its own convictions. The whole premise of my screed is that safety is everyone’s concern and that Modified is not only good for the safe development of horses and riders, but already an accepted step. So why are we only giving it lip service?

The USEA looked at moving up from Training to Prelim and decided this was problematic. So it created the Modified level.

Why don’t we have Modified at as many events as we have both Training and Prelim?

The majority of organizers have, by and large, put the kybosh on Modified, generally for sound economic reasons. At this point, I’d like to give a big shout-out to the few organizers who have built Modified courses – thank you.

The argument against adding Modified roughly goes like this: Adding new Modified level does not add new entries to an event while cannibalizing entries for Training, T3DE and Prelim. Why should an organizer undertake the additional cost of adding a level if it does not add to the bottom line? From a purely business point of view, the argument is hard to counter. But didn’t we agree we are talking about safety?

Instead of following its own wisdom, the USEA has largely ignored that it decided Modified helps promote the safe development of horses and riders. Please tell me why? The USEA has certain responsibilities to stand up to its convictions.

Economically, we know that suppliers will not voluntarily add to their costs of doing business. I suggest the USEA should use its authority to make Modified mandatory for the sake of safety.

If we accept that Modified is a good step from Training to Prelim, then we can rationally discuss the requirements to move up one level rather than arguing over what criteria be required to skip a level.

Course Designers, I’ve heard some of you argue that this cannot happen because there is a philosophy that a course should be at level. Expletive Deleted. Didn’t Jack Le Goff say he could make a course of 3-foot jumps that most Advanced horses could not jump cleanly just by positioning them on terrain and relating them to one another? Challenge yourselves, Course Designers. Be creative with what you have, not just with what you want.

USEA, you also need to recognize that you have a responsibility to make Modified happen. You created it for the sake of safety. Help finance or facilitate the building of Modified Courses. You support grants to professionals to advance their careers through the thin screens of foundations. Why can’t you do the same for organizers?

Members, you have said you don’t like what the USEA has proposed in changing the requirements to move up, mostly from Training to Prelim. Most members are never going to move up to Prelim. Some will leave the sport because the leap to Prelim is more than they can achieve. Would things change if utilizing Modified allowed people to look to someday riding above Training successfully?

Are you willing to do what is necessary to build Modified courses? Donate money and resources to your local events. Support a USEA fund for advancing Modified. Get active locally and creatively. At the Area level, members could donate to build Modified jumps.

There is plenty of money if we want it and we crowd-source (look how the 2021 Kentucky Three-Day was resurrected).

An organizer who agrees to offer Modified could receive grants to help defray the cost of building the course.

Organizers, work together. Share your resources. No event happens in a vacuum. These days jumps are mostly portables and portables can be moved not just around a property but from one property to another. Portable Jumps for Modified could be shared if you don’t want to or can’t build a complete course all at once.

Receiving grant money from the fund could be conditional on organizers offering their grant-built jumps for rent at a reasonable rate. Organizers who build better jumps may find they can charge a premium to rent out their jumps and earn some revenue for their efforts. Organizers can decide on their own if building or sharing is better for themselves initially. Grant money could be used to fund transport.

This is one member thinking creatively. I’m sure there are others who also have ideas worth hashing out. Let’s hear them.