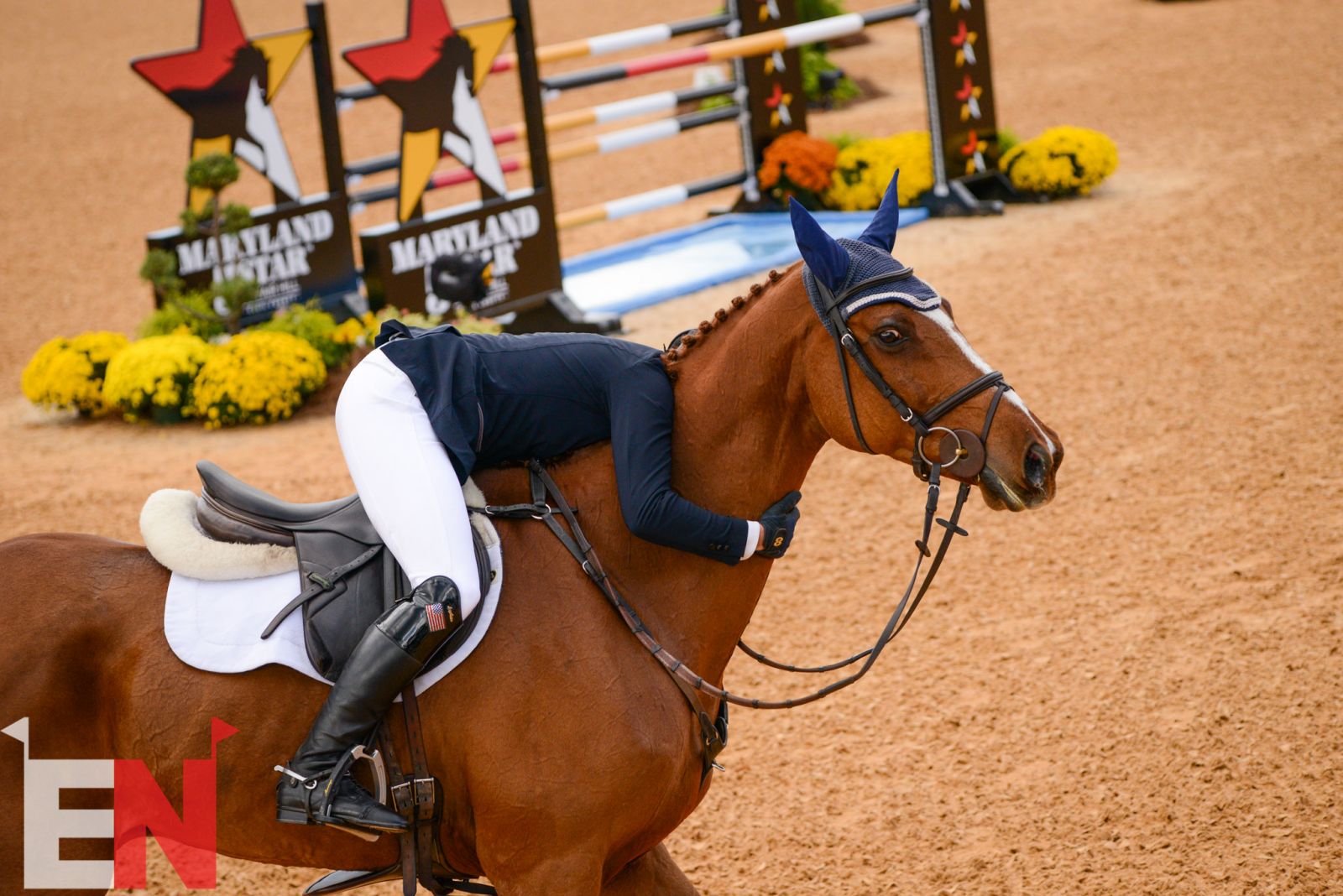 The world’s newest 5* event is behind us, and it was filled with first experiences. Not only did Fair Hill host its inaugural Maryland 5* but Boyd Martin claimed victory making it the first American 5* win in 13 years, and we saw some new pairs making their attempt at the level.

Another moment we all bore witness to was first-time mom, Alexandra Knowles finishing 11th with Katherine O’Brien’s Morswood at his 5* debut, only adding time to finish on a score of 38.9 and in less than a year after having her baby. I watched proudly as Allie and “Ginge” looked every bit prepared, focused, and deserving to be there, and couldn’t help but reflect on what this last year has consisted of for AK Eventing.

I still remember the FaceTime call when Allie told me she was pregnant. I was so thrilled since it’s always been a dream for her to be a mom. She would be a natural in her new role as she has been a mom/big sister to many of her students, myself included. I was eight years old when I first met Allie and very nervous to be riding in my first jump lesson as a D1 Pony Clubber. She encouraged me the whole way and, finally, my pony and I made it over three, stack trot poles.

I called her later that week for regular lessons and little did I know, that was the start of a life-long relationship. She’s watched me grow up, and I’ve spent that time watching and learning from her. Aside from my own mother, Allie has contributed the most to my personal development and getting to see her with her own daughter has been an emotional, joyful experience. 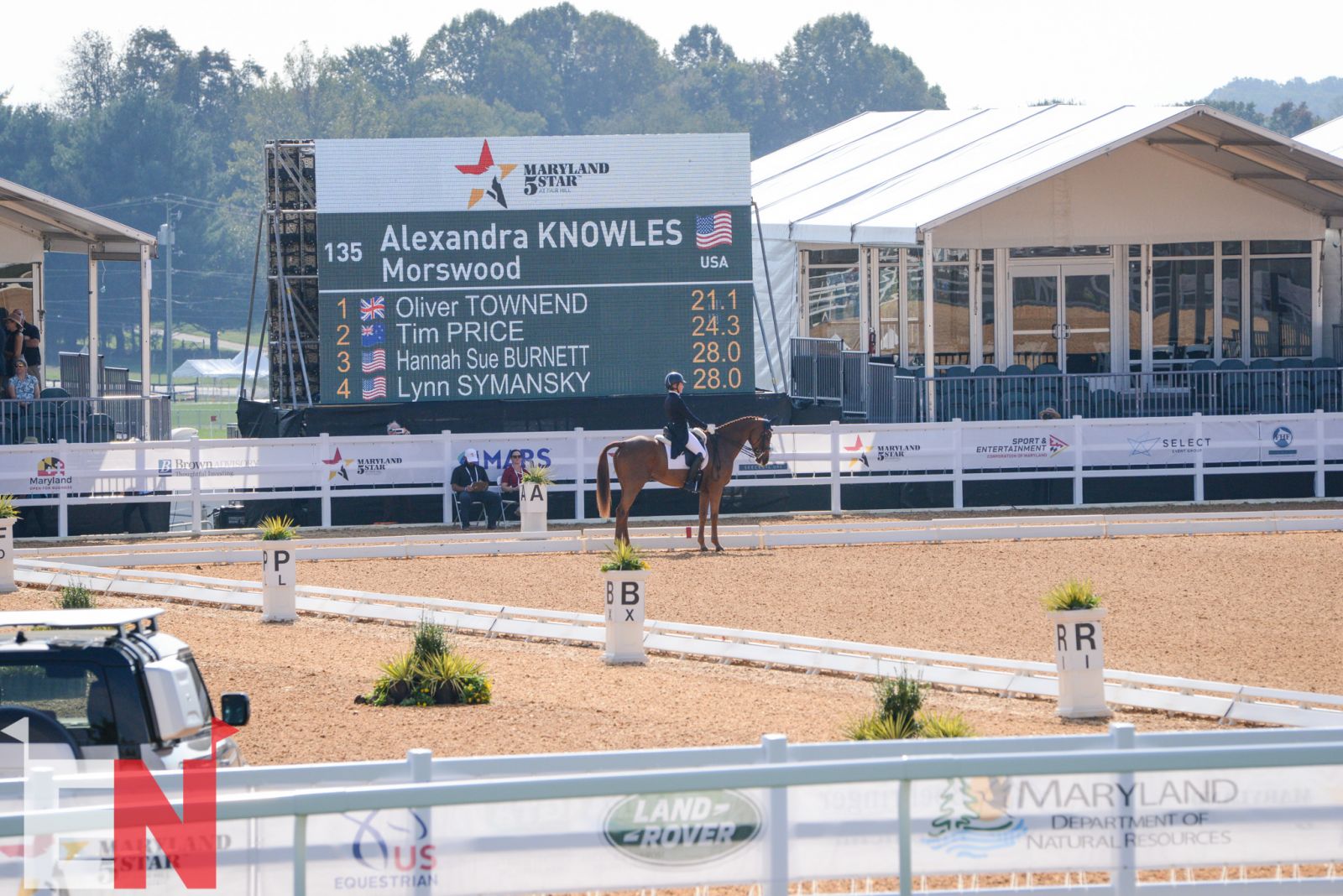 Last year, I visited a few weeks before Allie’s due date and she was still riding and teaching all the while preparing her home for little Atticus. No one knew exactly how life would look for Allie, but she has become better in every single way because of motherhood.

Her horses are going better than ever, she competed more than previous years, she has multiple upper-level horses running successfully, and the inevitable learning opportunities were taken in stride. She never slowed down teaching and her students have had a great year, too. Amid all this, Atticus is at the forefront of everything, and I think that is a large reason for AKE’s success.

Competing at a 5* event is the culmination of hard work, dedication, teamwork, and support. Once a groom for Allie myself, I know firsthand the never-ending work involved in preparing for upper-level competitions and the toll it takes on the whole team. This sport requires sacrifice and for many, those sacrifices are visible in their personal lives. 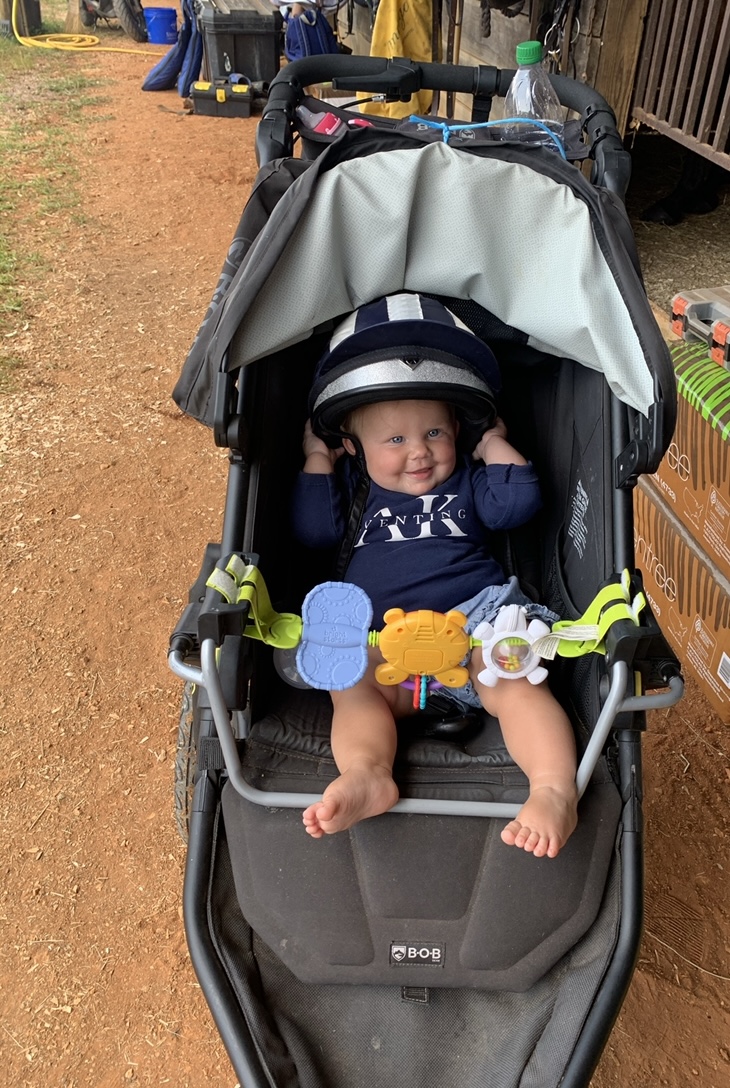 Whether it’s needing to get back in the saddle just 14 days after a C-section, being away from family during the winter, grooms adding babysitting to their list of duties, or coaxing a baby to sleep in a camper in the middle of the night before cross-country, motherhood has forced a new way of life in the barn. And while new obstacles arise, it seems the rewards are that much sweeter. 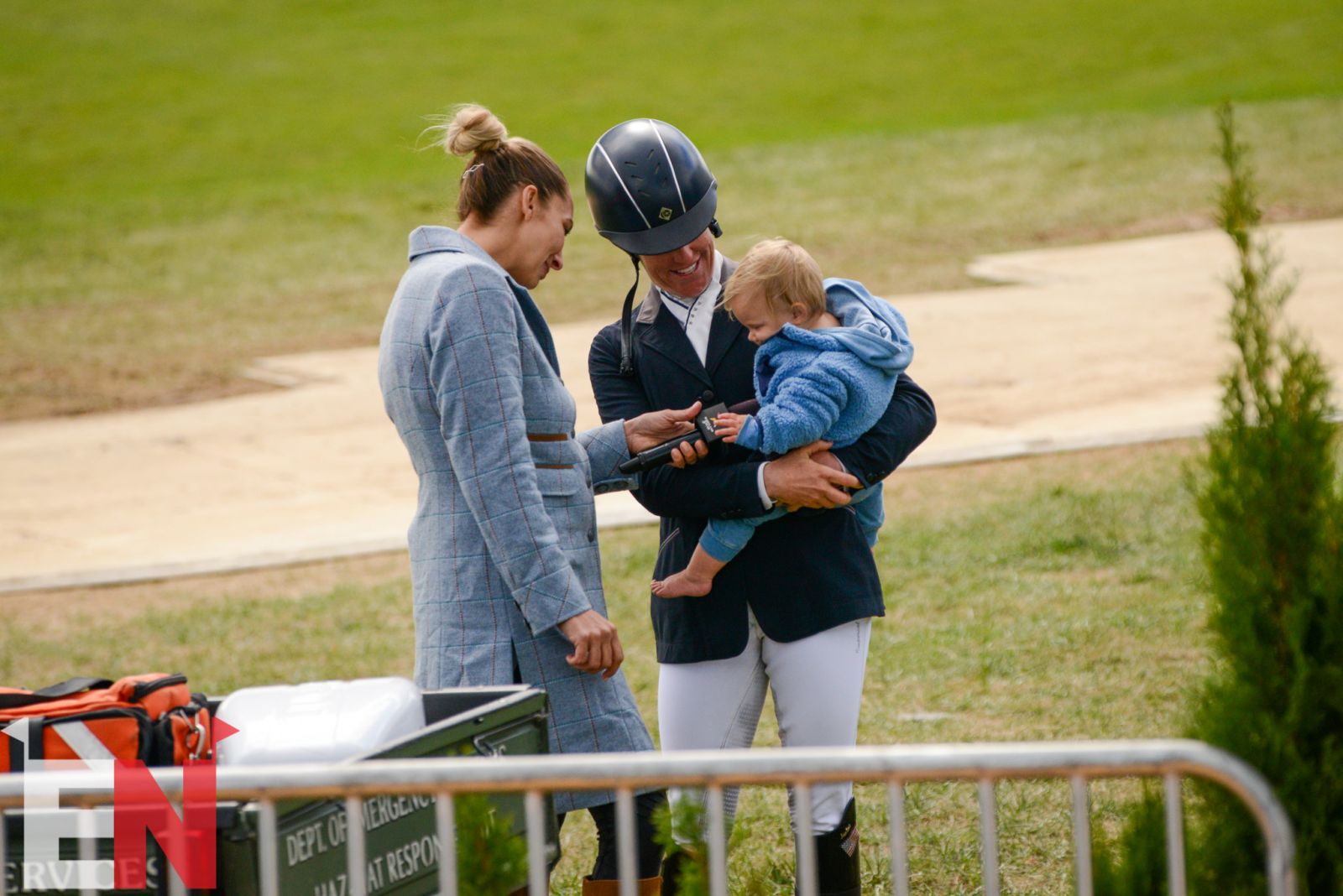 Allie Knowles and her daughter give an interview to Frankie Theriot-Stutes. Photo by Abby Powell.

Watching the AKE team throughout last weekend showed there is a stronger bond than ever, and it seems motherhood has allowed for a new dynamic. Horses provide a similar experience that requires grooms to focus on the rider’s main priority, but I think there is a new level of dedication and love when you are working with someone who is a new mom and sharing special memories of their child. Watching Allie and Ginge come through each set of finish flags made me so proud, and the reactions of those of her team and Atticus there to see her mom home still makes me tear up. 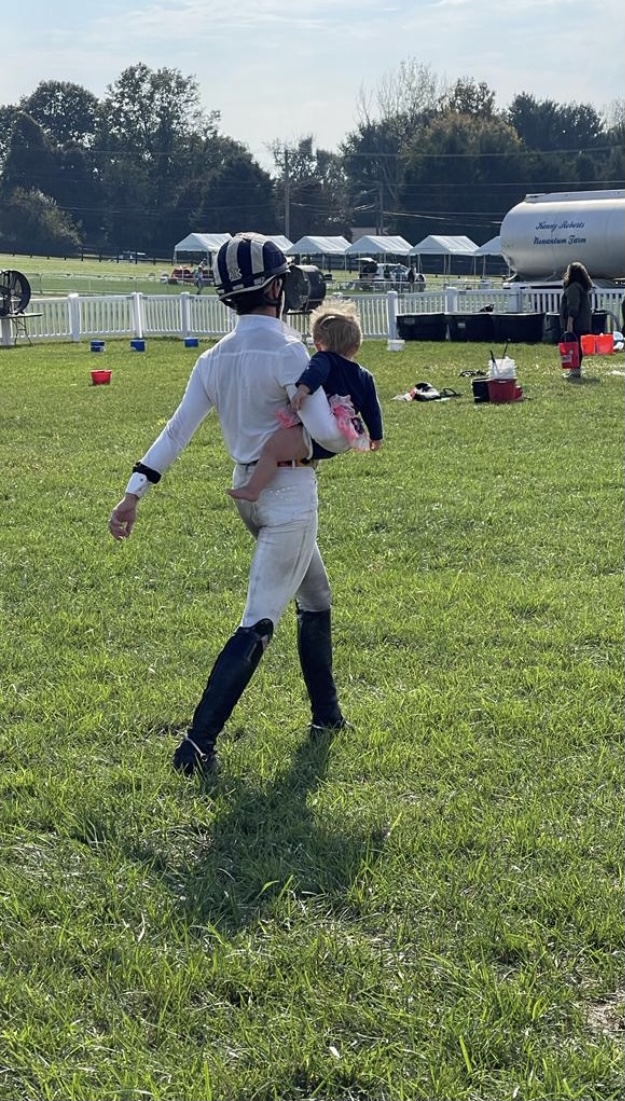 The smiles, snuggles, hugs, and cheers could be felt through the screen as the entire AKE team celebrated their own victory. Every team from last weekend that brought their horses home safe should be proud, but here’s to all the moms of the sport, and their little ones, for the sacrifices made and the success earned. And to Allie, you are an inspiration of what a good friend, mother, and horsewoman should be.