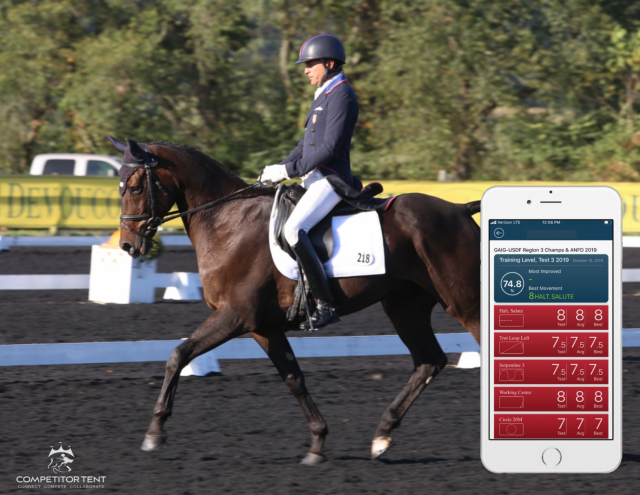 Competitor Tent, the app for competitive riders, is teaming up with a panel of amazing judges to create the virtual charity show series, “The Stay-at-Home Dressage Series benefiting the Equestrian Aid Foundation.” This series will allow riders to not only compete from home during this current pause in the competition calendar, but will also make a difference in a time when many of us feel helpless to affect the current crisis. Competitor Tent hopes to help riders continue to work toward their goals and compete safely during these difficult times.

Tentative show dates are the weekends of April 25th, May 2nd, May 9th and May 16th. Riders will register through Equestrian Entries, then video their test and upload it from home. The deadline for video submissions will be the Wednesday before each show weekend. A small team of USDF and USEA judges will then judge the tests and results will be available through the Competitor Tent app (download the free app here).

USDF tests offered will be Training through Fourth Level, PSG, I 1 and 2, and GP. One USEA test at each level BN through A will also be offered.

Competitor Tent encourages riders competing in this show series to follow social distancing guidelines as suggested or required by local authorities. Entries do not have to be in a sand ring, but the riding area should be marked to measure official ring sizes of 20 meters x 60 meters or 20 meters x 40 meters, depending on the test. Show attire is not required.

More details to follow in the coming days. Stay tuned!

A true “field of dreams” destination, The Event at Rebecca Farm in Kalispell, Montana, is special to our sport as a national and international competition, a three-day event, and host of the North American Youth Championships. For many eventers the road to Rebecca is long and winding — literally AND metaphorically. We are excited to be following the journey with two Area II Young Riders, Caitlin O’Roark and Maddie Chisholm. Many thanks to Lindsey Taylor of the Zebra Group – Offering Creative Marketing Solutions for Equine Business for the updates! If you missed it, read the intro to this series here. 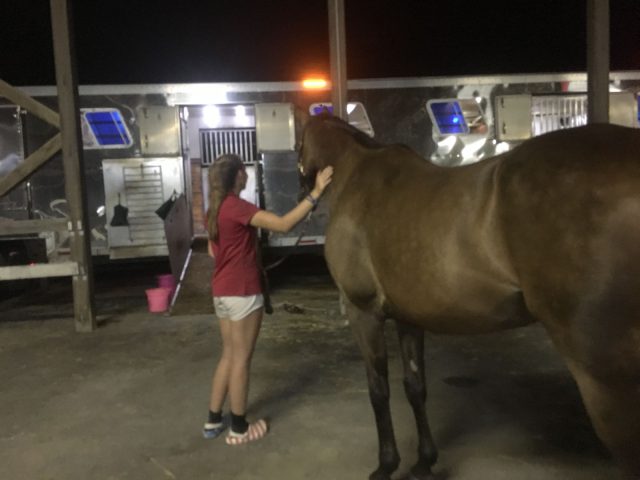 Horses have been arriving steadily over the last couple of days in Kalispell, Montana for The Event at Rebecca Farm and the Area II Young Riders’ horses arrived Sunday afternoon. We were able to catch up with Maddie Chisholm and Caitlin O’Roark, who we heard from a couple of
weeks ago, following their week of camp at Loch Moy Farm last week.

The girls were busy traveling to Montana themselves so we kept the interviews short, but they said the week at camp was an amazing experience and they learned so many things, not only to improve their riding but to improve themselves as horse people and as teammates. When asked what the most useful thing she learned at camp was, Caitlin replied without hesitation, “…that we are a whole team no matter what, the score board may say that we are riding individually but we aren’t. We are a team and we stick together [no matter what].”

Maddie is going into this week focusing on keeping Baron very forward, but not to the point that he is “running off his feet.” She spent the week at camp practicing the idea of slowing his front end while quickening his hind end, which has given her a lot of confidence in her cross country riding. 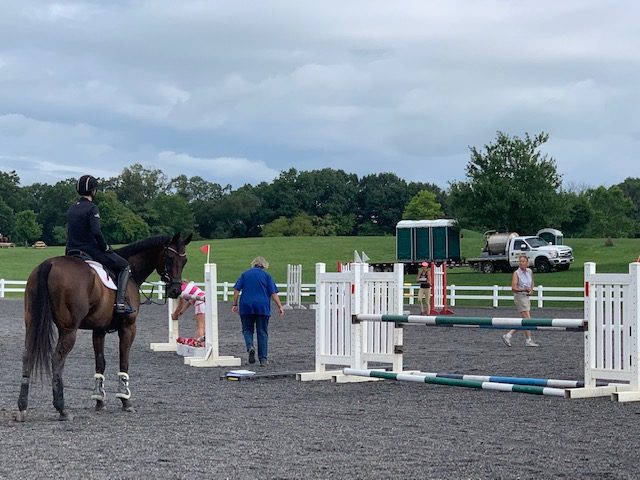 Baron, Taz and Fancy left Loch Moy Farm in Maryland around 9 p.m. on Friday night for the 30-hour drive to Rebecca Farm. Caitlin and Maddie both commented that there were so many emotions while loading the horses: a sense of achievement of a dream that is actually happening, excitement for the week ahead, a bit of nervousness that they’d forgotten to pack something, as well as a slight feeling of apprehension due to the fact that they weren’t going to see their horses for two whole days. They also grumbled a bit that the packing was particularly difficult because each horse was only allowed to travel with two trunks, and everything, including all of their tack, had to fit inside. 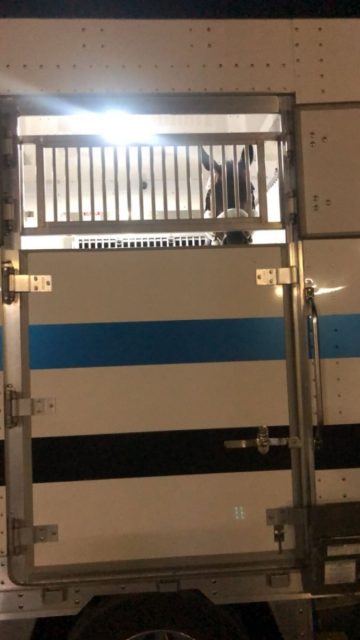 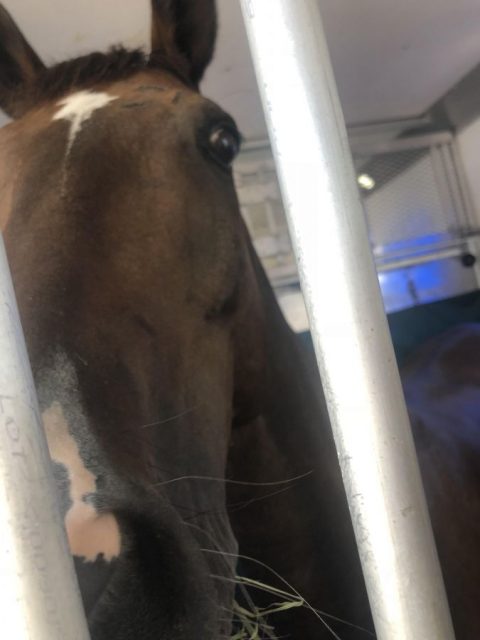 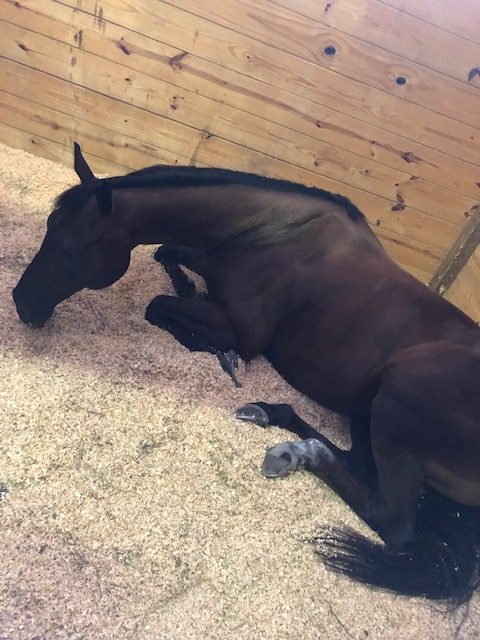 The girls arrived in Montana to meet their horses on Sunday afternoon, feeling nervous but very excited, and we will catch up with them again later in the week for another update. Stay tuned! 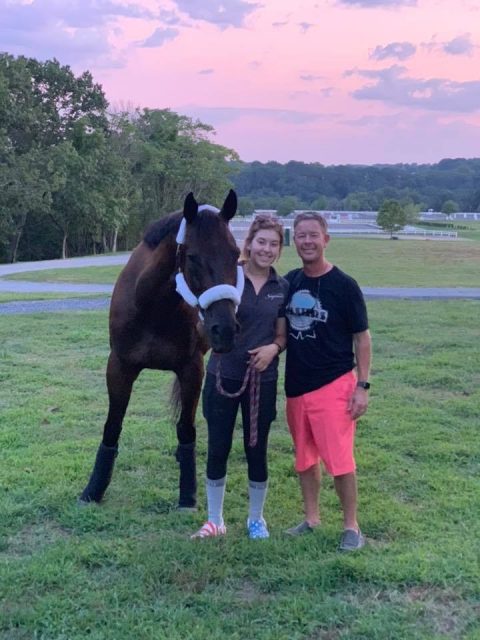 A true “field of dreams” destination, The Event at Rebecca Farm in Kalispell, Montana, is special to our sport as a national and international competition, a three-day event, and host of the North American Youth Championships. For many eventers the road to Rebecca is long and winding — literally AND metaphorically. We are pleased to present the first in a series chronicling that journey for two Area II Young Riders, Caitlin O’Roark and Maddie Chisholm. 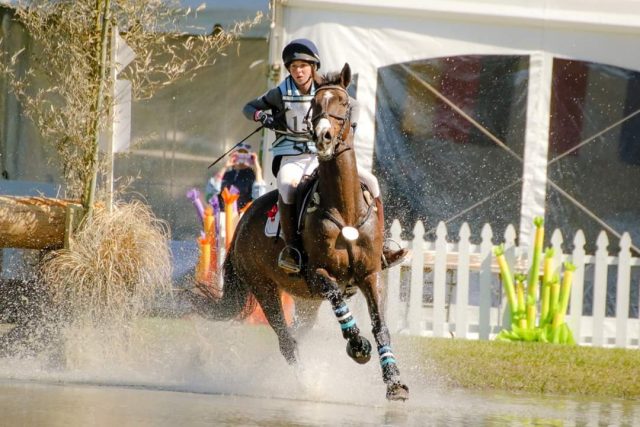 Summertime. For most high school sophomores, it’s a time for hanging with friends, relaxing, going to the beach and maybe learning a new sport or skill. For Caitlin O’Roark and Maddie Chisholm, this summer is different. These girls, with all of their motivation and ambition, have steadily been working towards making the Area II Young Rider team over the last several years, and both have recently been named to the team that will represent Area II at The Event at Rebecca Farm in Kalispell, Montana at the end of the month.

Caitlin grew up in a horsey family and always wanted to be an event rider. Her mom, Shannon O’Roark, is an eventer herself and also bred the two horses that Caitlin will be riding in Montana, Lucky Devil (“Taz”) who will do the CCI2*-L and On A Mission (“Fancy”) who will do the Training Three-Day. 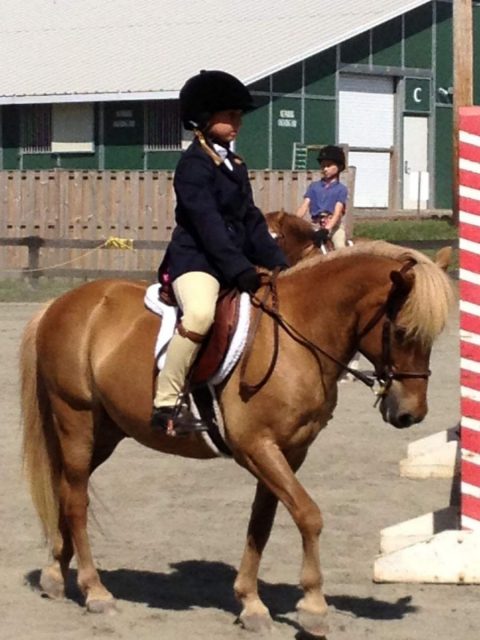 Caitlin got her start on an older 12-hand pony named Sparky that they had gotten for free from their farrier and she received as a gift for her fifth birthday. Caitlin is the first to say that she has Sparky to thank for the grit and determination that she has today, fondly remembering the days when Sparky would gallop up to a jump, then run around it, and she would end up jumping it without him. But Caitlin wasn’t a quitter, and after finally having some success and winning a blue ribbon at the third intro event she took him to (after getting eliminated at the first event and falling off at the second) she decided to end it on a high note with Sparky and graduate on to a different horse.

Maddie has also always loved horses, and spent her younger years trail riding and going to years of horse camps before getting started in eventing at age 10. She credits her trainer at the time for teaching her strong basics which could have taken her in any direction, but Maddie knew that eventing was the direction for her. Luckily, Maddie’s mom, Michelle, complied and with her first pony, a 15.2-hand paint named Boo, Maddie got her start in eventing. Maddie credits Boo for teaching her true horsemanship skills, commenting that Boo was always a handful at shows. With Boo, she learned how to deal with a horse that was less than relaxed at an event. Luckily, Boo had a redeeming quality of excelling in the cross country phase, which Maddie credits as why she loves going cross country with her current horse, Baron.

Caitlin has had the ride on Taz, a 15-year-old three-quarter Thoroughbred, one-quarter Dutch Warmblood, for about two years. He was bred, started and competed at the lower levels of eventing by Caitlin’s mom, Shannon, before Lauren Kieffer took him through the former CCI3* level. Caitlin acquired the ride on him about two years ago and the partnership has been building ever since.

Caitlin describes Taz as having a strong, quirky personality. Although he is a bit of a character, Caitlin comments that his heart of gold and the effort he puts into his work make him an exceptional teacher, especially in the cross country phase, and she considers herself very lucky to have the ride on him for the CCI2*-L in Montana.

Caitlin’s other mount for Montana, Fancy, is also a homebred and is a full sibling to Taz, and has been started and brought up to the Preliminary level by Caitlin herself. Caitlin enjoys reminiscing about the day that Fancy was born on their farm in May 2011, when Caitlin was just seven years old, and decided right then that Fancy was going to be her horse. With two homebreds headed to one of the coolest events in the U.S., Caitlin says that this opportunity to compete at Rebecca Farm really is a dream come true, especially after getting a taste of the event last year when she went as a groom for Haley Carspecken and Summer Stage. 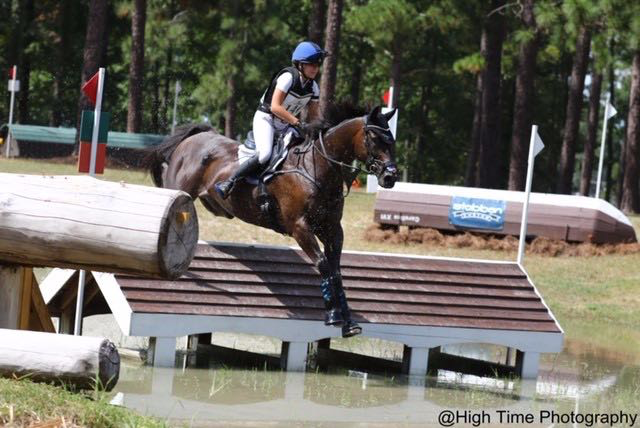 Maddie’s CCI2*-L horse for Montana is a 10-year-old OTTB named Beechcraft (“Baron”), whom Maddie received as a Christmas gift in 2017. Maddie seems to have an affinity for Thoroughbreds and has competed both Baron and her family’s Space Ranger (Buzz), who Kurt Martin currently has the ride on, at the Retired Racehorse Project in Lexington, KY. Maddie affectionately says that Baron is a typical thoroughbred who struggles with the dressage phase, but loves the cross country. She says, however, that she is lucky to refer to him as “Carebear” because he is always looking out for her safety while on course.

Looking forward to Montana, Maddie is most excited about the experience of being a part of a team. She says that in a sport where she has always been an individual, she is really looking forward to getting to know her teammates better and encouraging them as they take on the week of team competition at Rebecca Farm. 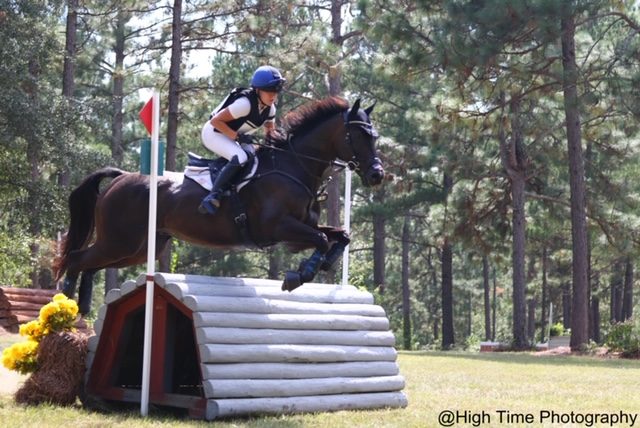 Both Caitlin and Maddie have many people to thank along their journey so far most importantly their families and trainers. Caitlin currently rides with Lauren Kieffer and Kurt Martin, and Maddie rides with Patrick Tigchelaar, Kurt Martin and Aaron Stuckey Hill. They both credit their trainers with being excellent role models, who have played a large part in getting them this far along their eventing path. 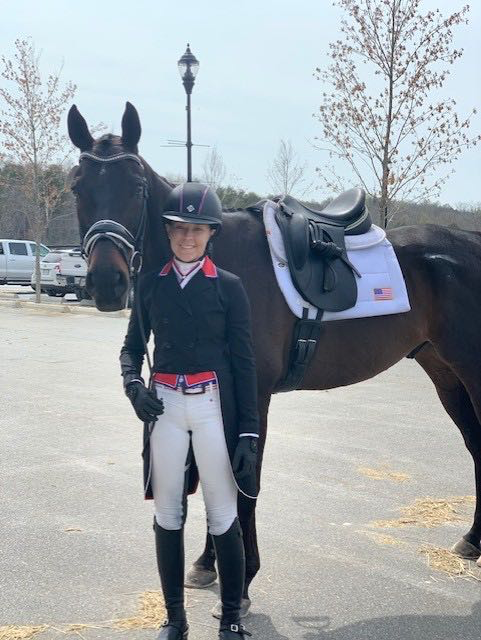 Stay tuned as these girls travel the Road to Rebecca. Our next update will cover details on the progression of training, travel to Montana, and how they deal with show nerves. Caitlin and Maddie are thrilled that you are coming along for their journey!