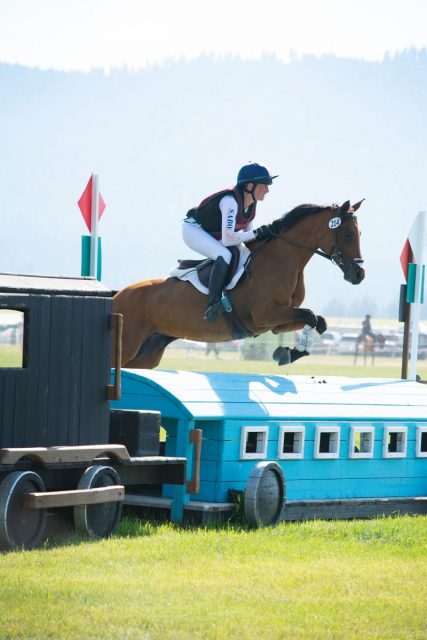 Meg Pellegrini and Ganymede at The Event at Rebecca Farm. Photo by Heather Walden.

How far and how high can a pony go? She had a successful record in her youth taking Nicolette Merle-Smith through the CCI1* level and even some Intermediates. But I was a 10-year-old going Beginner Novice on this 11-year-old super pony … would she be too much?

My riding history began as a 5-year old doing hunter classes and riding a 12-hand, undisciplined pony named Raindrops on Roses (“Rosie”). I rode her for four years but was ready for my next pony.

I discovered eventing when I was 9 and my family moved to California. I started training with Lisa and Brian Sabo at Sabo Eventing and joined Newport Mesa Pony Club as soon as I moved. I rode several schooling ponies until I finally connected with Sea Smoke (“Smokey”). Smokey was a very spicy, 13.2-hand New Zealand Sport Pony who tried repeatedly to teach me to control a runaway pony. The work he made me put in started my deep love of the sport.

Since Smokey was a popular schooling horse and I wanted to ride more and more, we decided to go try Ganymede (“Luna”). Luna is a 14.2-hand Connemara Thoroughbred pony with a ton of heart. Soon after, we decided to go ahead and get her out of Nicolette Merle-Smith’s hair and take her home to California. This was the best decision we’ve ever made. 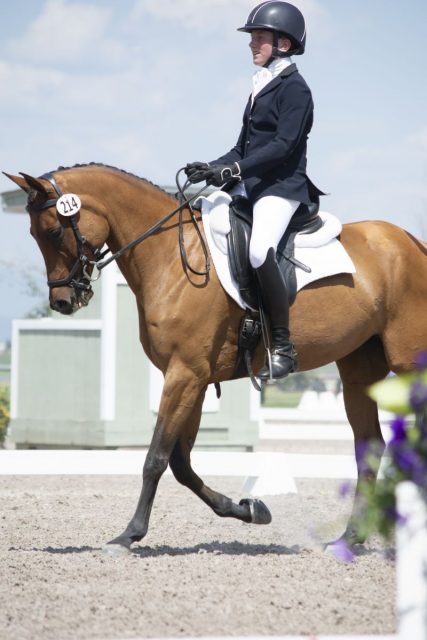 Meg Pellegrini and Ganymede at The Event at Rebecca Farm. Photo by Heather Walden.

The week Luna arrived I started taking lessons and quickly figured out that the was going to be a tough one for a 10-year-old to crack. But, because she was my first pony, I instantly fell in love. After a few months of jump schooling, learning to control her next level gallop, and trying to learn just a few basic dressage movements all while she was running off … we decided to try a Beginner Novice.

We drove up to Woodside Summer Horse Trials and ended up finishing on my dressage score of a 23.0 and bringing home a blue ribbon. I was ecstatic and went home with a whole new level of confidence that somehow I could make this pony listen. A few events later, I realized that Luna just really loves horse shows and would much rather please me at the events than at home. 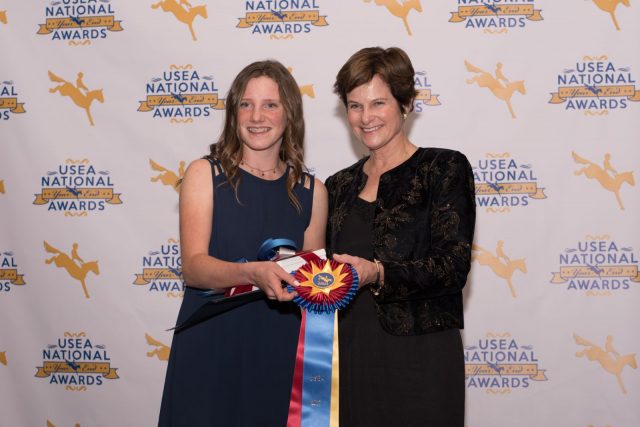 Meg Pellegrini and Ganymede, Pony of the Year and Training Junior Rider of the Year. Photo by Leslie Threlkeld.

After two years of Training Level, I was finally eligible to go Preliminary. In January I made my debut at Galway Downs Winter H.T and ended on my dressage score of a 30.4! But soon after Luna suffered a minor injury and in the time she was out, we decided to do an embryo transfer. The stallion we chose is Andrea Baxter’s Coronado. We have high hopes that this baby will take me far in eventing one day.

Back at the barn, and three months later, Luna was finally healthy and ready to compete again. We did one Training Level in July and made the decision to trek to Rebecca Farms. But hopefully move back up to Preliminary. Thanks to Hawley Bennett-Awad we got a ride up to Montana and Luna and I competed in the Preliminary Rider division; but unfortunately rider errors in show jumping caused an unfortunate end to our weekend. Even though it wasn’t the weekend I was hoping for, I was fortunate to be able to go home with a happy and sound pony with many things to work on.

Thankfully, Lisa was going to The Summer Event at Woodside and I could go to get my confidence back up at the Preliminary level. The first two phases went very smoothly and by the end of the weekend we were in first place. Going into show jumping in general is scary and nerve wracking but going into the arena in first gave me more nerves. Thankfully, Luna gave me an amazing round and we ended up winning the event.

In all of these experiences, I have learned patience, perseverance, and how to have true grit. My next goal is competing in my first CIC1* with Luna and keep going up from there. Luna has been the best partner a girl could ask for and every day I’m grateful for her crazy personality and her love for me and the sport. 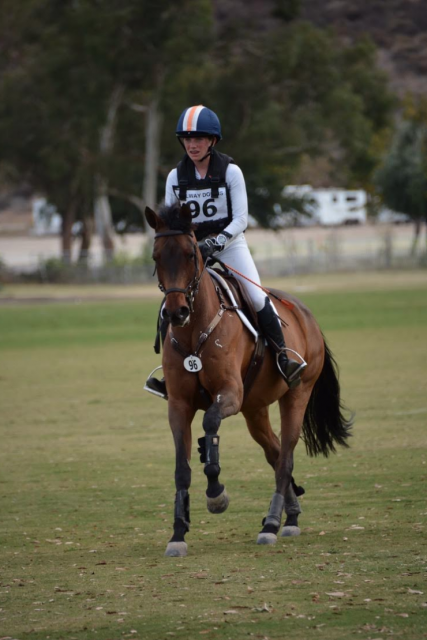