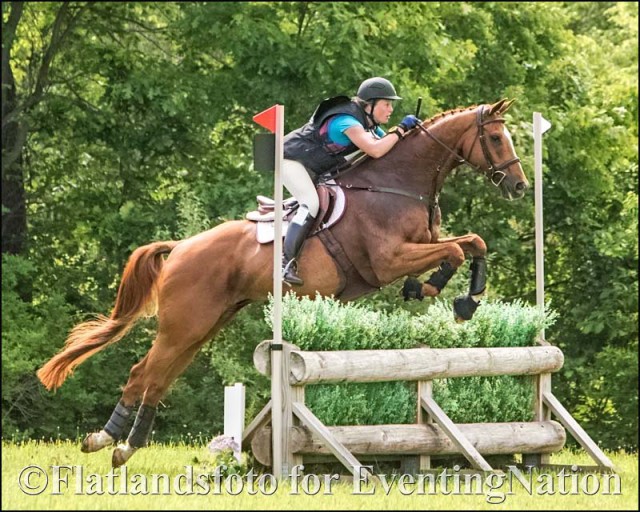 Here we all are again at Larkin Hill Horse Trials in North Chatham, New York. The usual early morning activity that you find at a horse trial, competitors walking their ponies, stalls being mucked out and enormous horse trailers arriving from goodness knows where!

Then the organised chaos suddenly changes when it’s time to start dressage, at 7.30 a.m. sharp. Then at 9:15 there is suddenly a lot of activity around the show jumping arena. The first horse enters the arena, bathed in bright sunshine, watched by officials under a blue canopy.

A whistle is blown by an official and the horse and rider start there test. What a perfect scene, the show jumping stadium comes to life, and slowly the arena is surrounded by a few spectators. In the meantime dressage carries on in it’s own quiet way!

Half an hour later an announcement is heard over the PA system, something about cross country. The very next minute a horse leaves the start box to travel over 13 fences, scattered around the farm. A test of stamina for both rider and horse. The excitement builds as the first competitor on course turns for home and the last few fences are jumped, eventually crossing the finish line.

Dressage, show jumping and cross country carry on throughout the day, leaving some riders ecstatic and some angry with their ride because they missed a jump or perhaps didn’t go through the finish line. This is what Larkin Hill H.T. is all about — Margie Hutchinson thrilled with the turn out, Rick Caldwell traveling from one end of the farm to the other trying to decipher problems.

Here at Larkin Hill there is an amazing atmosphere of teamwork, not only between the on-ground staff but also between the competitors; the rivalry that you find at the higher level horse shows is not there. Everyone pitches in. At the end of the day everyone is tired, but smiling. 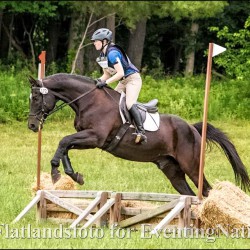 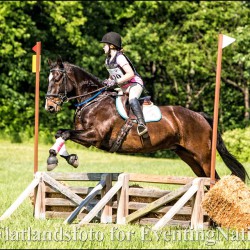 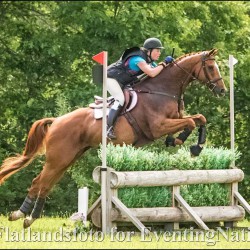 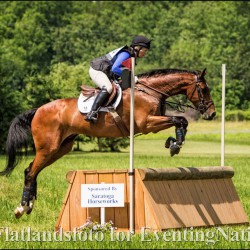 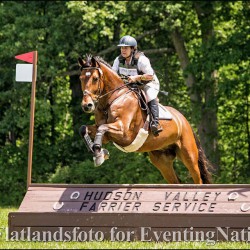 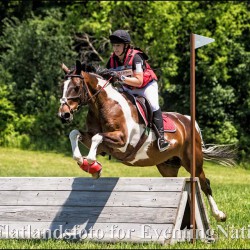