Trainer Jeanie Clark was among those in attendance at the Green Mountain Horse Association Festival of Eventing, where Jeffie Chapin suffered a fatal accident on August 11. Whether or not we knew Jeffie personally, as a community we have experienced a shared trauma, and we face shared questions about how to move on in the wake of that trauma. We thank Jeanie for sharing her thoughts, penned last Sunday.

Jennifer Chapin died today in the Prelim Rider cross country warm up at GMHA. I didn’t know her, but my heart goes out to her and to her family and friends. She is not the first eventer we have lost in recent months. Yet today, at GMHA amid rumors and worry, we as a community decided to get tacked up and keep going.

I have been fighting to participate in this sport since I was 18 months old. At that age, in my car seat, I screamed and cried until my non-horsey parents pulled over and let me see the horses in roadside fields. When I was 7, my parents told me they would buy me a pony if I could pay for its upkeep. Done within a year – sweeping, chicken coop mucking, and tack cleaning in exchange for pasture board. I quickly realized I would need more than one pony to be successful, though, so fought for my own barn. Butterscotch moved into our garage at home. I groomed him the way Pony Club taught me, and I groomed Bouncy, the plastic horse on springs, with Crayons and shoe polish. Two horses, side by side, every night. 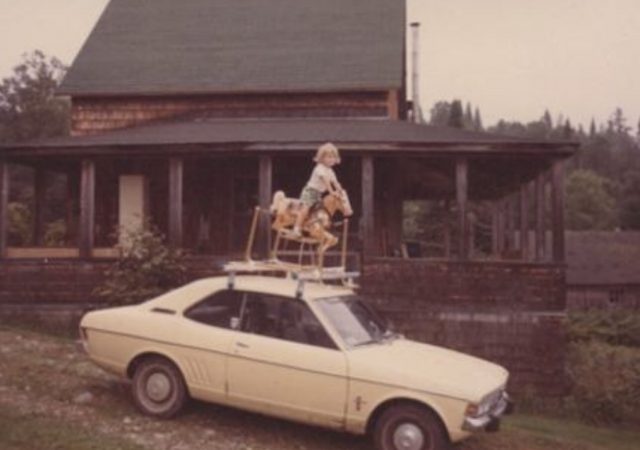 As a teenager, I worked for a combined driver and borrowed horses for my Pony Club ratings, all the way through A. Throughout my high school and college education I was still actively discouraged: “You’ll never have enough money to be on equal footing,” “You’re wasting your potential – you could be a doctor or an astronaut or the president,” “Why would you want to live in a vanilla world where all your friends are white and all they talk about is horses?” And still I fought for horses and for eventing. 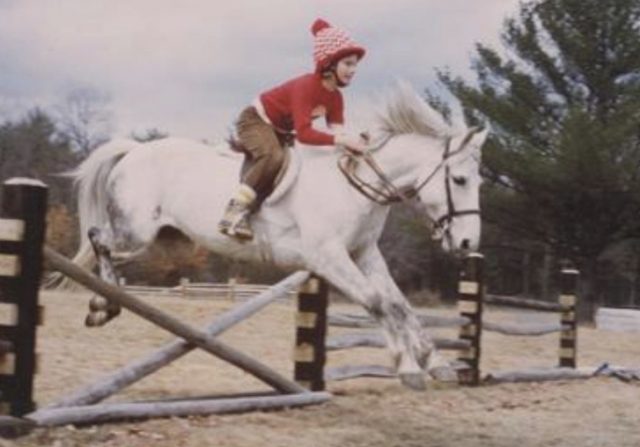 As an adult the fight has morphed a little, and most of the argument is with myself. “Think of how much money you would have if you didn’t have horses…What will you do if you get paralyzed… You decided not to have children to ride… Yeah, I did, but eventing is awesome and I love these horses and these people and these places and how it all makes me feel.”

I now have what I have always wanted: A farm of my own, great clients who are also friends, two (well-groomed) horses that can jump the moon and look like magical unicorns. I can usually afford to enter an event or two. I am almost 50 years old and I am fit, fast, and brave. I select, produce and take care of upper level horses. 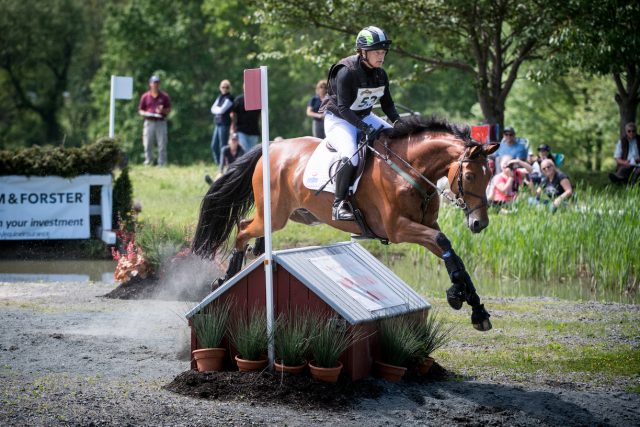 I have a fantastic young horse: He went from Novice to three-star in under two years, with little-old-me riding him. He bounded around the cross country with a grin on his face. Until he didn’t.

At Bromont this June he suddenly got tired. I gave him a pat and let him slow down, telling him not to be such a lazy warmblood and that a downhill section was coming and he would catch his breath. But he didn’t. I retired him two jumps later. Two hours later, while eating his dinner, blood from his lungs came out of his nose and into his feed bucket. He lived, and all his veterinary diagnostics tell me his issues are minor and that he might be fine to continue eventing as long as I decide to do the (expensive) maintenance to keep him from bleeding too many more times. 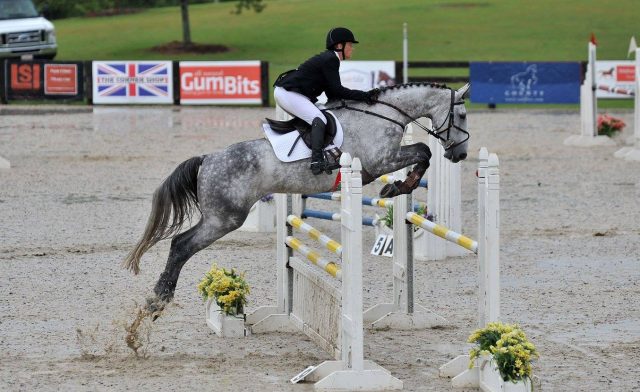 Is the sport of eventing still worth fighting for?

When I was 18 months old, and 7 years old, and even 18 years old, I was not making the decision to event. I was following a passion and pursuing a dream. Now I have to make the choice, the decision, to event, knowing that the consequences might be dire. It is an active choice, and not one that any of us should take for granted.

Please – enjoy the sport. Take great care of your horses and support your friends. But don’t assume it won’t happen to you or your horse. Decide it might happen. And decide to fight for it or not to fight for it. But decide.