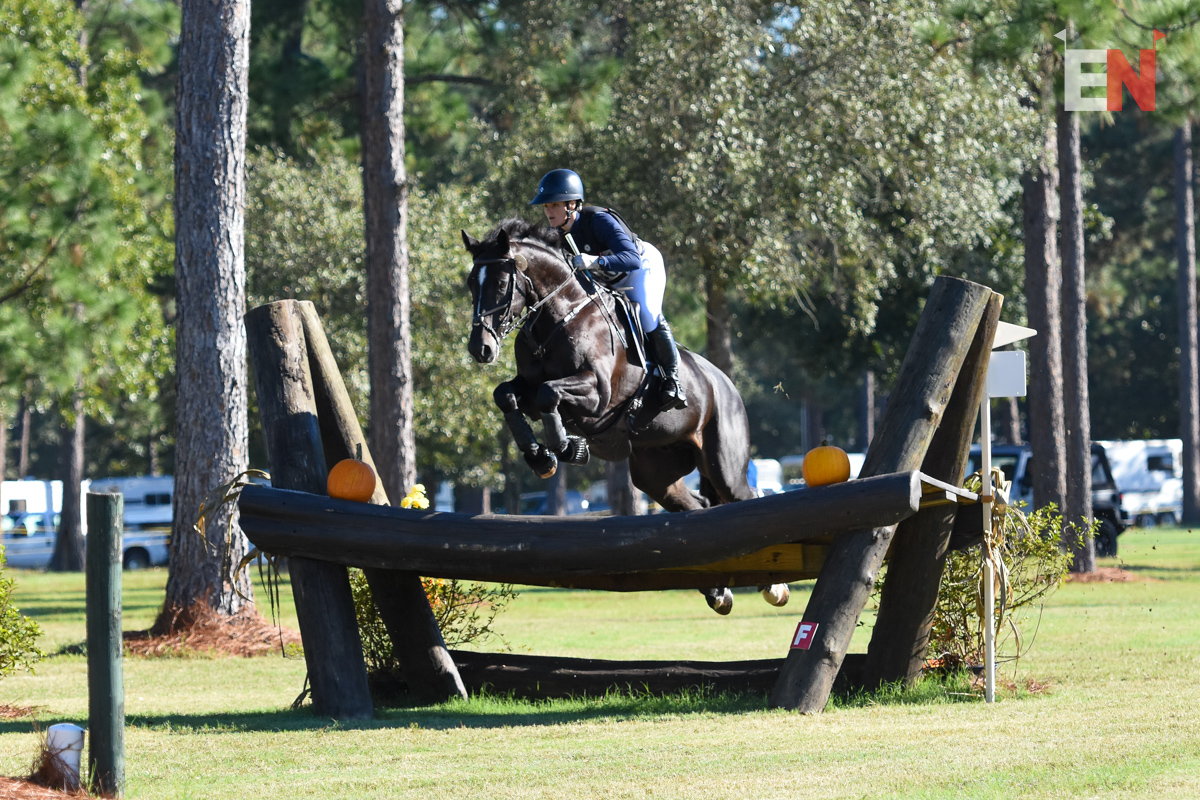 “I imported him as a coming 5-year-old. He was a bit of an orangutan when I got him. He’s just a big, leggy dressage horse, but he just has the ability to jump as well,” Autumn said.

Sitting second overnight, Autumn and the 8-year-old KWPN nearly came to grief this morning before they even stepped out on course. “We straight out rolled one of the fences over. Got stuck in it. Broke our bridle,” she said.

Their miscommunication shook out the best in both of them, and after they were both evaluated by medics and a veterinarian they tore out over Capt. Mark Phillips’ track — in another horse’s bridle no less. “We jumped a few jumps and he felt better actually. [It] sharpened him up, and then he came out here and was so clever. I mean I wouldn’t say [our round] was picture perfect, but it was quite clever. I mean everyone that was in the top five is generally a pretty fast rider, right? Yeah. And I’m like, ‘Well, here I am.’ I’ve never made time with this horse.”

While she didn’t quite make the time (by one pesky second!) her trip was still enough for the win on a finishing score of 27.5. 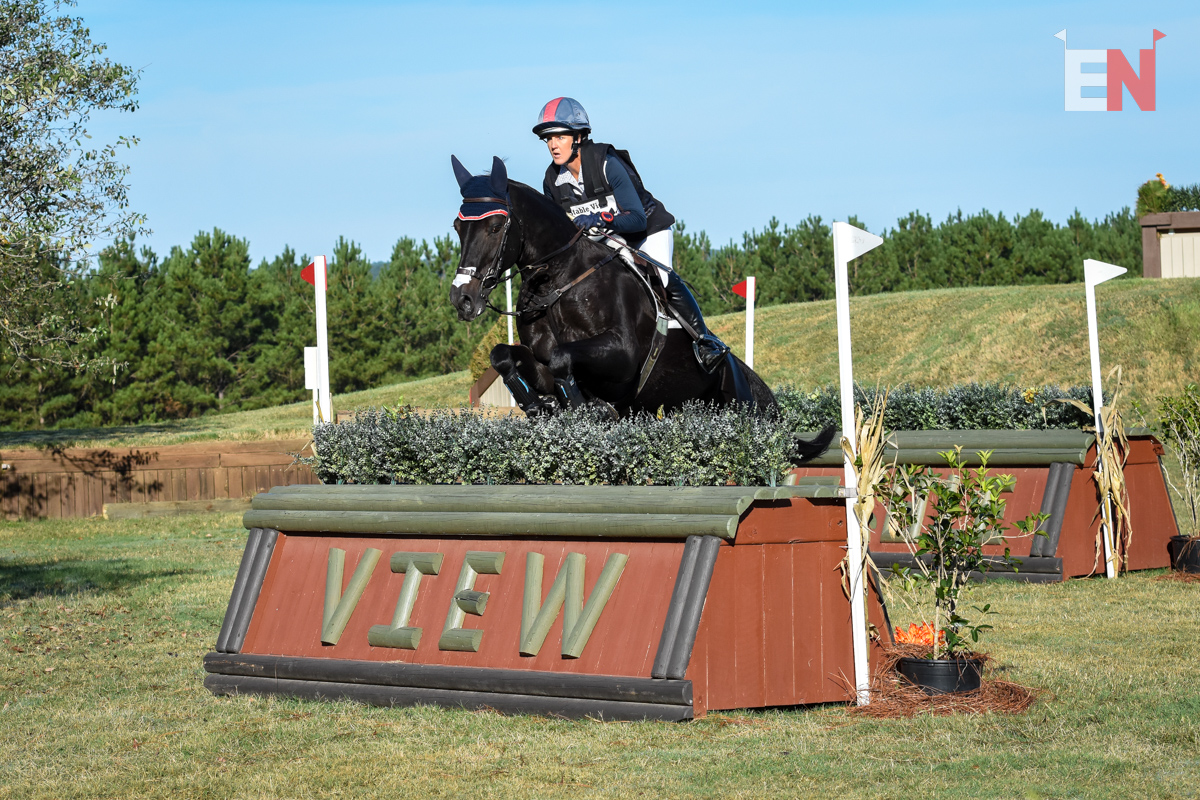 Allison Springer was second with Crystal Crescent Moon. Petite by some standards, Nancy Winter’s 15.3-hand Connemara Sport Horse cross thundered around the Aiken track only one second too slow, adding 0.4 time penalties for a final result of 33.1. 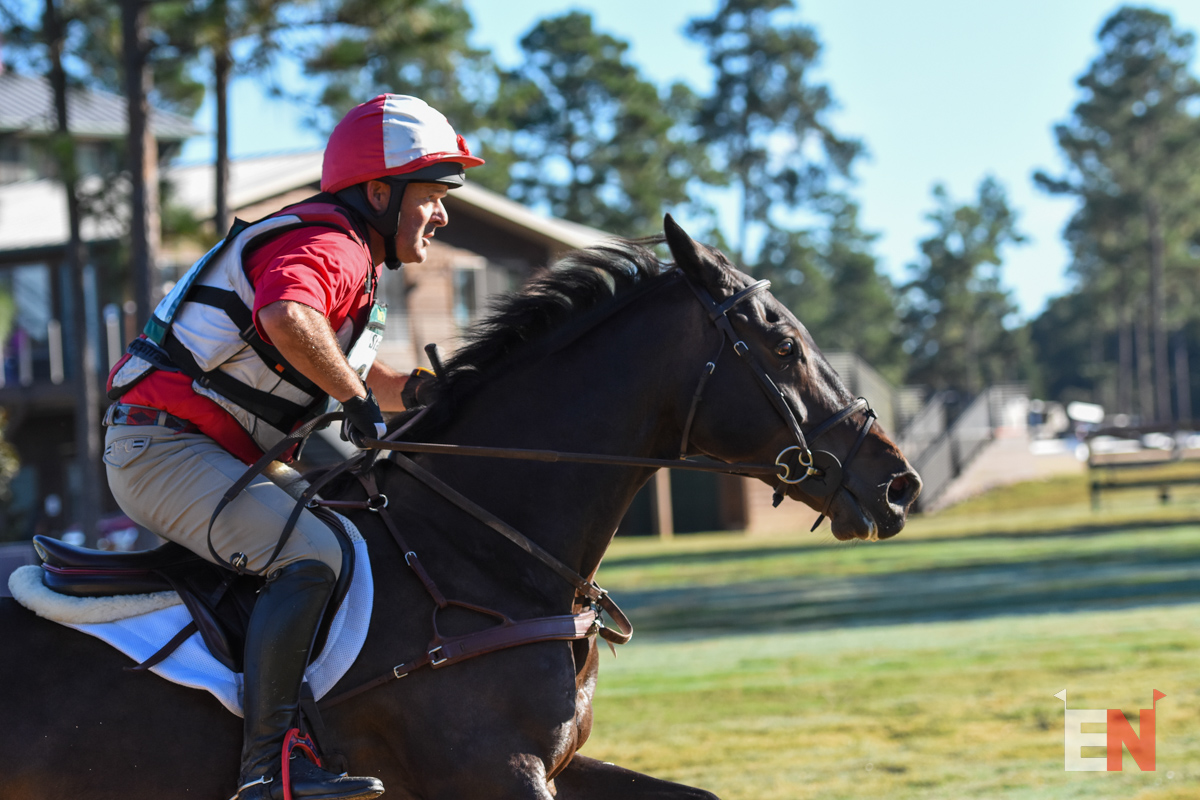 With three in the division, Joe Meyer’s best result was Buccaneer in third place. Owned by the rider, the 11-year-old Irish Sport Horse added 1.2 time penalties toward their finishing score of 33.4.

Overnight leaders Ellie O’Neal and Zick Zack had a confident round which was free of jumping penalties, but 16 seconds cost them the win. The additional 6.4 time penalties leave them on a respectable 33.4 points, tied with Joe Meyer, but being farther from the optimum time lands them in fourth at day’s end. 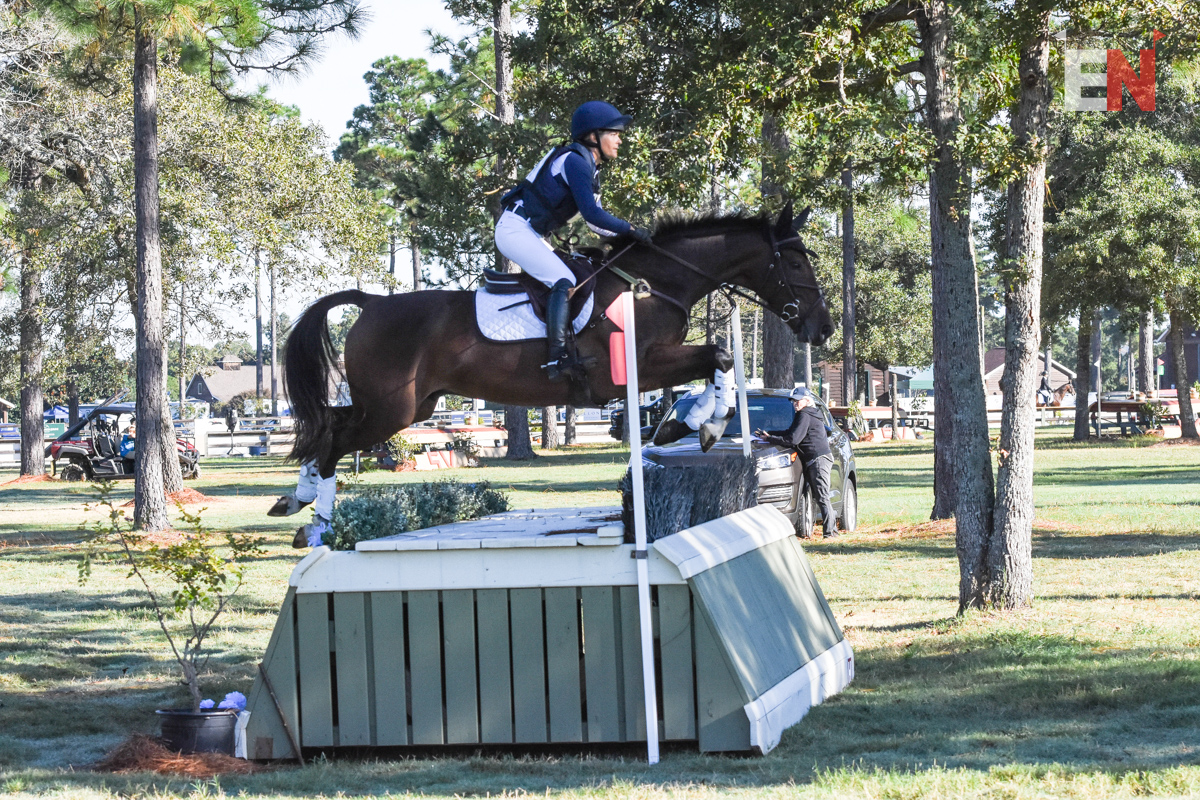 Mary Bess Davis and Imperio Magic were leaderboard climbers at this weekend’s event. Dressage saw them in 22nd place, but a clear round in yesterday’s show jumping bumped them to 10th. Today’s effort gave them a leg up of an additional 5 slots. They were only 2 seconds above optimum time for a final result of 35.9. 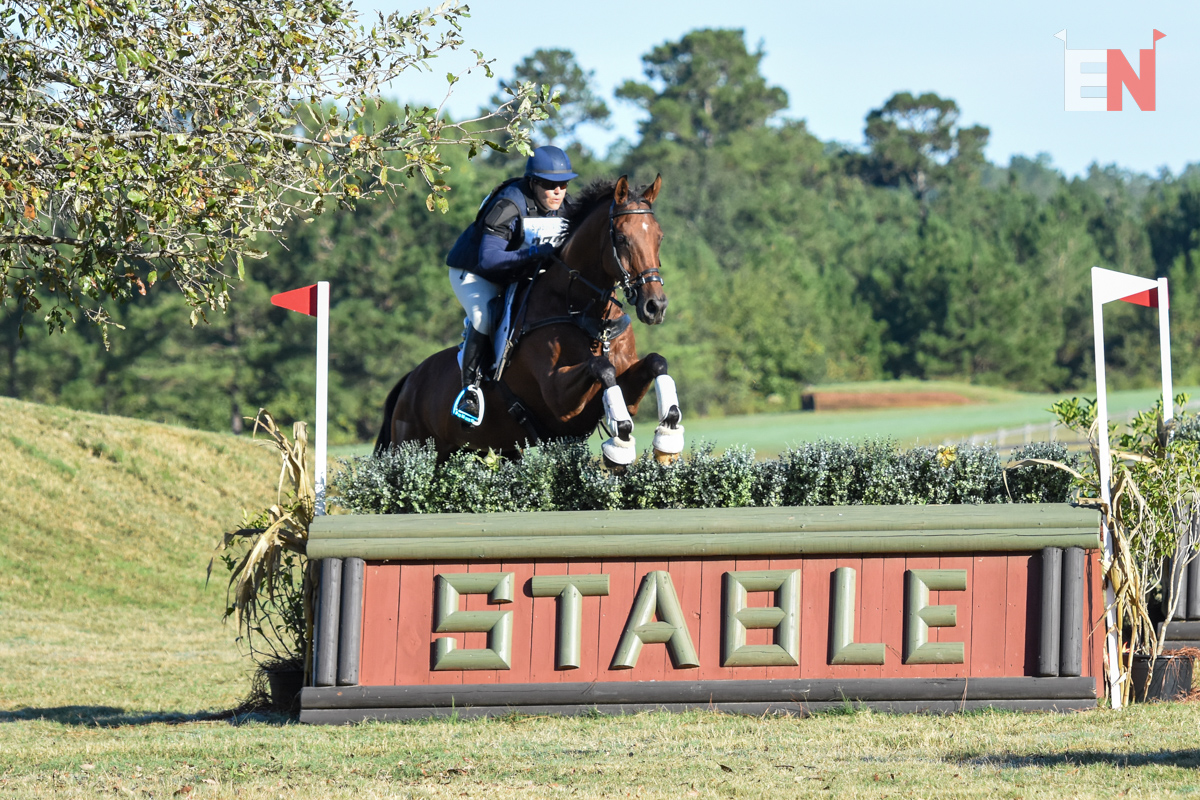 All in all, jumping penalties were few around Capt. Mark Phillips’ CCI3*-S track, but time remained the ultimate competitor. Those who could go fast were well rewarded, included Kim Keeton who was the first to come through the finish flags double clear. The veterinarian and her beloved Keysoe finished seventh. The only other competitor to go penalty-free today was Elisa Wallace and Munson Slew, who finished 10th. 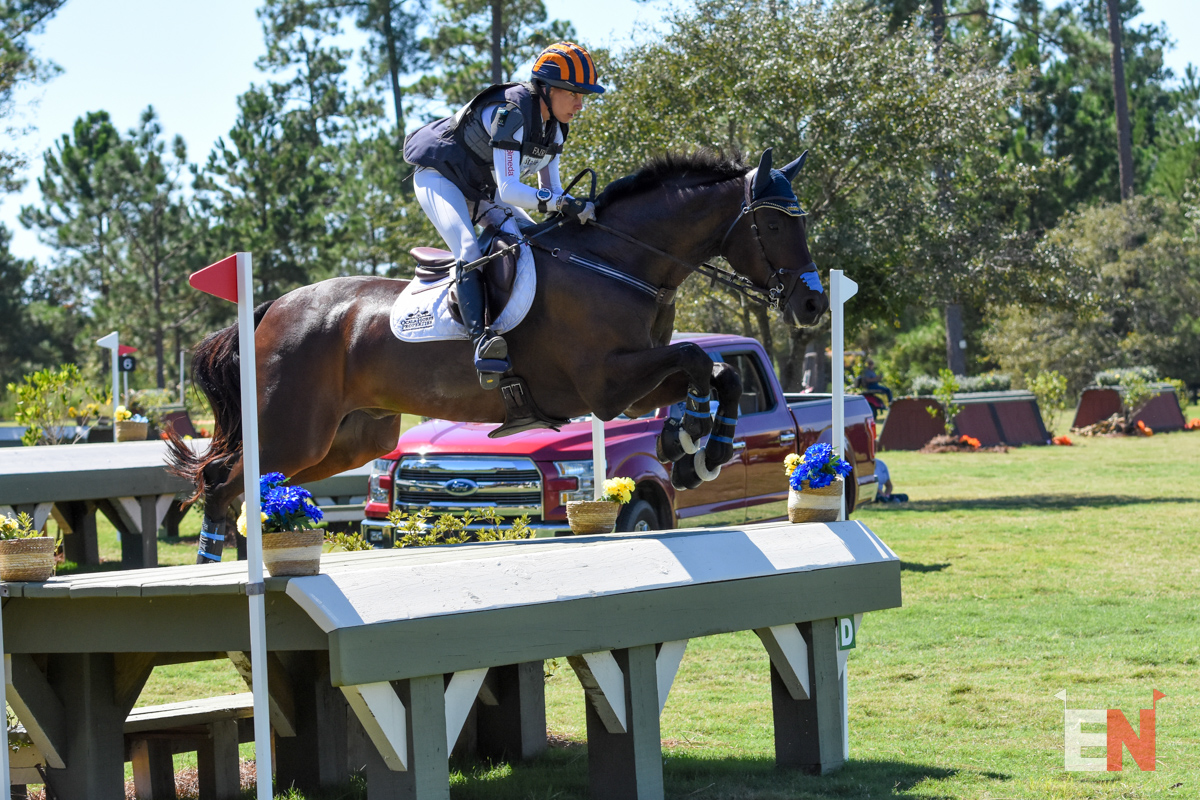 Thanks for following along with us in Aiken. Go eventing. 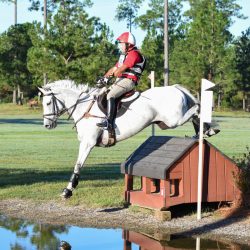 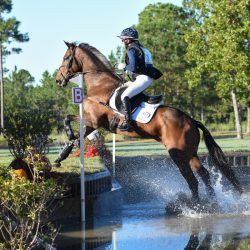 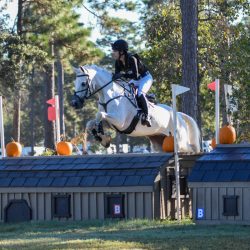 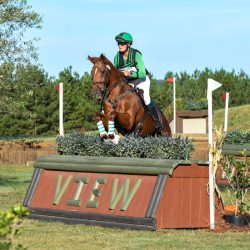 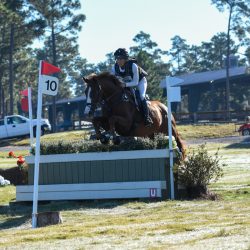 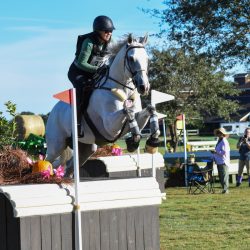 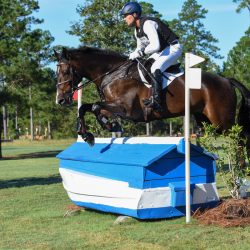 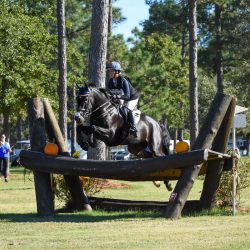 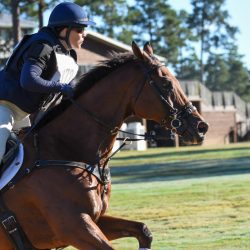