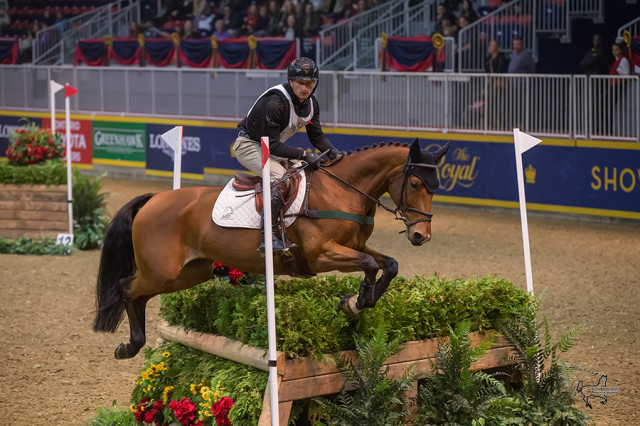 With Capt. Mark Phillips returning as course designer, an elite field of Canadian eventers and Buck Davidson as the star “guest” rider, the first night at the Horseware Indoor Eventing Challenge at Toronto’s Royal Agricultural Winter Fair was just as billed – thrills and chills.

The course was complicated, with 18 jumping efforts in a ring half the size of a show jumping ring at an event – a huge challenge for horses that like to gallop. Add to that the whooping crowds and loud music throughout the ride…the energy was super!

Indoor eventing was the last class of the night and riders didn’t even walk the course until 10:45 pm, yet a large number of the Toronto audience stayed, waiting through the course build and the walking, to see this event. Thank you, fans! The riders really appreciated it. 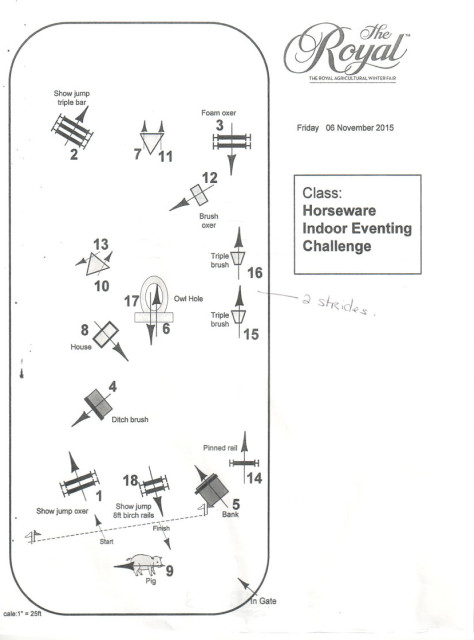 This year the scoring was not based on time alone, adding penalties for stops and knockdowns and discouraging the flat out racing…to some degree! The videos will give you a good sense of the noise, the course, the energy and how the course rode.

After a streak as the only winner of the indoor eventing at the Royal, Waylon Roberts was pushed out last year by Tik Maynard, but Waylon was having none of that last night! He roared back on West River for the win, with his irrepressible grin, cheering as he stopped the clocks at 89.26, 7.62 seconds ahead of Buck Davidson on Sharon White’s adorable Wundermaske. 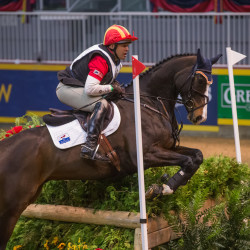 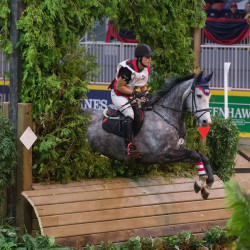 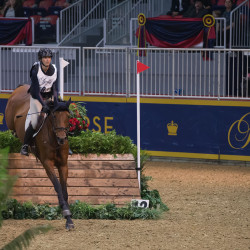 Selena O’Hanlon was on a catch ride, the small but mighty Uptown Girl, who objected to a brush fence, gave a little buck to make her point, then rolled around and continued on with her cheery and fan-appreciative round. Kendal Lehari on RF D’Orbalia had a solid round, but as a young horse, he might have found the environment a bit overwhelming. We hope it was a good school for tonight’s round!

Last year’s winner on Dutch Times, Tik Maynard, was not as fortunate this year, when Donaghan posed a couple of objections, resulting in his elimination, and Jessica Phoenix on Don Good’s lovely Bentley’s Best came a cropper at his second time through the owl hole, having had a really lovely round until then. The horse stumbled on landing, and Jess rolled up to her feet. Both Jess and Tik will be back tonight! 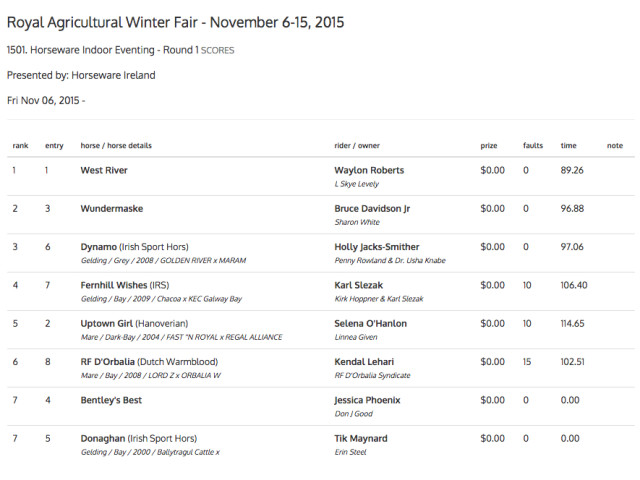 Enjoy the videos – the best way to see Horseware Ireland Indoor Eventing Challenge at the Royal. See you back here tonight!