We’re one week into No-Stirrup November — and everyone knows that the first week is the hardest. How are those legs feeling?

(Sorry. You don’t have to answer that.)

Yeah yeah, we know. While we can’t help you with your physical pain, we can remind you that you’re not alone. All around the Horse Nation, riders are collectively groaning, griping and — every now and again — giggling at their own expense. A few memes we’ve spotted floating around social media. 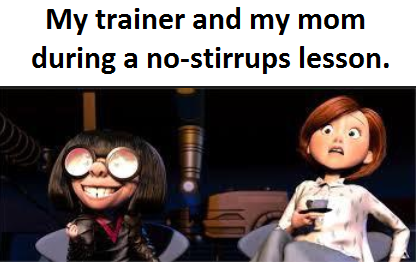 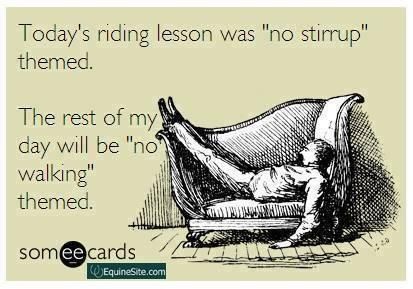 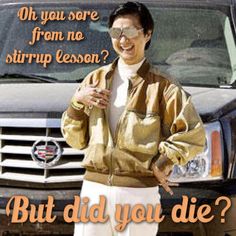 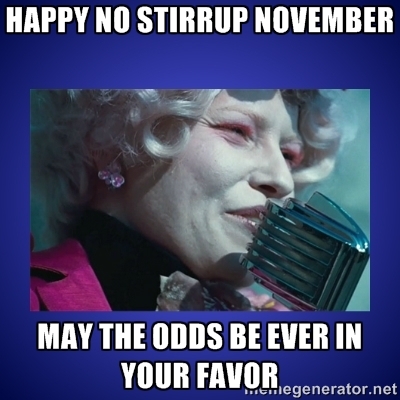 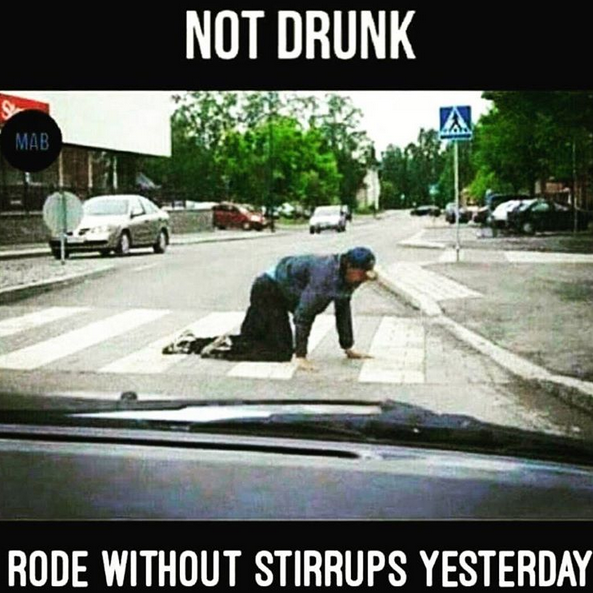 And then there are your hilarious Tweets.

I need bute after the lesson I just had #nostirrupnovember

And the pain begins #NoStirrupNovember

today is the first day of the worst month ever. #NoStirrupNovember — clark (@t0ocompliKATEd) November 2, 2015

Gun emoji is really having a moment with the equestrian crowd right now.

it’s that time of year #NoStirrupNovember

But mixed in with all the thigh ache induced belly-aching, there are words of encouragement…

It’s worth the work. #nostirrupnovember A photo posted by hoosierhorse (@hoosierhorse) on Nov 5, 2015 at 7:58am PST

…and, from countless photos of crossed stirrups…

…stirrups hung out of reach (are these seriously strung up from the rafters? diabolical!)…

It’s that time of year when riding with long, Western stirrups all my life pays off. I’m pretty sure I ride better without them. #nostirrupsnovember

…and stirrups apparently just left out to die…

…to videos of you guys making it look WAY too easy…

A video posted by blackhorsesltd (@thefriesianexperience) on Nov 5, 2015 at 1:22pm PST

…it’s clear that you guys are out there, putting the hard work in, and you better believe it’s going to pay off.

Well, THAT might be a stretch. And in your darkest moments, don’t forget: it could always be worse!

Junior Rider Ella Lucas taking #nostirrupsnovember to the extreme! Check out her first #blog at harryhall.co.uk/blogs A photo posted by Harry Hall (@harry_hall_riding) on Nov 6, 2015 at 7:04am PST

Eventing Nation is giving away a beautiful pair of calfskin stirrup leathers from Total Saddle Fit to the reader who most creatively illustrates their No Stirrup November pain. Check out the full contest details here.

If you can’t wait until next week to gripe, complain or vent about your stirrup-less existence, check out Horse Nation’s  support thread on the forums here.