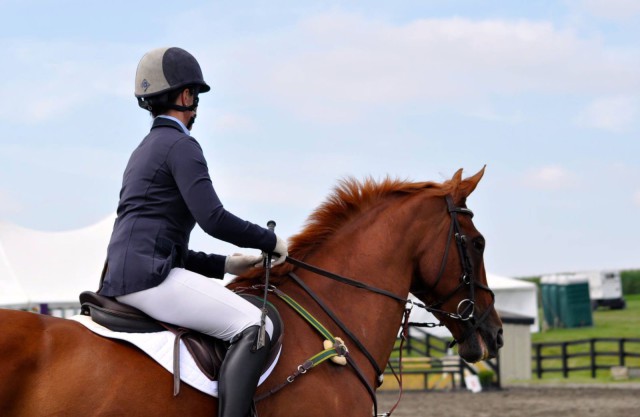 Eagerly looking for his next jump, Leo at Millbrook. Photo by Ellie Riley.

During the dark hours of winter, and the slower pace of the off season, I spend an inordinate amount of time pondering the individual challenges that I face with each one of my horses. I ride a lot of “problem” horses, because my life has evolved that way, and because I find that I enjoy it more than the average bear.

As such, my job is to figure out what makes each one tick, and why they behave the way that they do. This is definitely an exercise for the brain, as a lot of horses have pretty complicated pasts, and fairly ingrained behaviors.

As a group, horses are a pretty cooperative bunch, so when they don’t go along with our plans, we can get upset about it. If your horse is behaving in a strange or undesired way, he’s basically trying to communicate something to you, and it’s your job (or my job) to figure out what that is, and get on the same level with him in order to proceed with the training process.

Here’s the problem that I find, though: riders interpret “bad” behavior as an indicator of a “bad” horse, or a “bad” character trait. A year ago, I was casually talking to a local dressage trainer about my horse Leo, who as many of you know, came to me with a rather bad bucking habit.

Leo’s sire, Liberty Gold, is well known for throwing babies with great temperaments, and after hearing the story of Leo’s behavior, this trainer said to me, “Well, I guess he just didn’t get that good Liberty Gold temperament.” This really ticked me off.

Excuse my French, but this explanation is such crap. Leo didn’t buck because he’s inherently a terrible horse, he didn’t buck because he hates humans and never wants to be ridden, and he certainly didn’t buck because he’s got a rotten temperament. His learned reaction to stress and fear was bucking, because his muscles get tense when he gets worried, and if you buck most people off hard enough they never make you do anything scary again. It was his survival technique for an inconsistent and scary world, and the only thing he had known up to the point he met me. 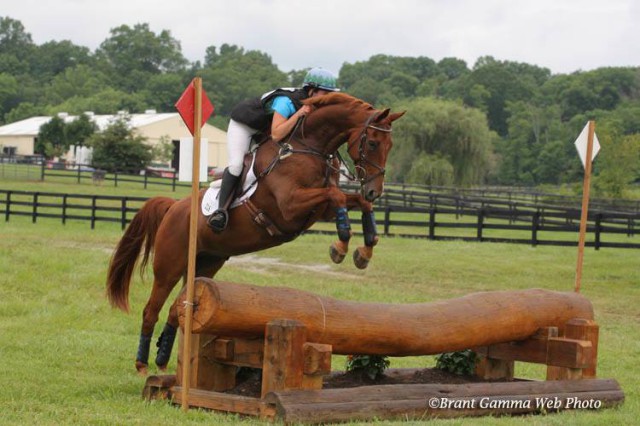 To simplify “bad” behavior into a character flaw is lazy horse training. If you’re not willing to think a little further into the problem and puzzle it out intellectually, you shouldn’t be dealing with anything other than the most compliant of animals. If your horse is acting out, he’s trying to communicate with you! Mom, I’m scared. Mom, my back hurts. Mom, this is hard and I don’t know that I can do it. Mom, I don’t like it when you use that aid so harshly. Mom, I’m being sassy because I feel awesome.

Your horse didn’t wake up in the morning and consciously decide to do something that day because he knows it will piss you off. He’s not a bad seed, or inherently an evil animal sent to torture you and make your life hell. If your trainer tells you that he’s a bad horse, you need to get a new trainer.

Here are some options for why a horse is misbehaving, and this is by no means all inclusive. He is in pain. He is worried. He is scared. He doesn’t understand what you’re asking. You haven’t explained it well. He doesn’t believe that it’s possible. He doesn’t know that he can do that with his body.

He’s having a bad day. His lifestyle doesn’t suit him. He’s tired. He feels under appreciated. Your aids are too harsh. Your aids are ineffective. Your balance is upsetting him. He had a bad experience with this in the past. He learned this behavior from someone else. He’s nervous. He has no self confidence. You’re nervous. You’re tight. Every time he tries, you accidentally punish him. He doesn’t have the strength. A plastic bag/leaf/dog/car/gust of wind just blew by and he didn’t notice it until it was right there and super scary. He feels good! He feels fresh. It’s a little cold outside. He’s been in the stall for fourteen hours straight. He is having fun.

Please note that none of those reasons involve character flaws or innate and un-fixable problems. Most issues arise from missed signals, misunderstandings, and communication mishaps that are only natural between two different species. We are humans, they are horses. We speak two different languages, and if it was so easy to understand everything that horses were saying, everybody would be an expert, and I would have no job!

So, the next time your horse does something that you consider “naughty”, instead of having a gut reaction to it, think it through. Is this a repeat behavior? When does it arise? Why do you think he does it? Do you always respond in the same way to this behavior? Does that response work in the short term? In the long term?

Don’t simplify and reduce behavior into “good” and “bad”, but rather entertain the idea that your horse is just as complex as you are in his motives and decision making skills. Work towards better communication, and know when to seek help from an expert. And don’t ever, ever, tell me that my horse has a bad temperament.