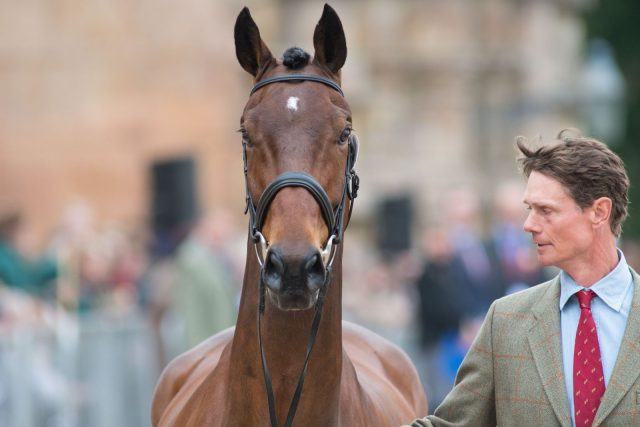 The first day of the 2019 Mitsubishi Motors Badminton Horse Trials brought with it a fistful of the essentials: an ominous watery horizon, outfit mishaps, and a lashing or two of drama.

83 horses were presented by 74 riders to a ground jury made up of Nick Burton (GBR), Jane Hamlin (USA), and Christian Steiner (AUT) in a packed-out inspection in front of the main house. With the hint of a chill in the air and an electric atmosphere from the gathered spectators, the stage was set for some excitement from these inexorably fit horses, and they didn’t disappoint. Izzy Taylor‘s second ride Springpower provided a show early on, breaking free and galloping back towards the stables before being stopped in a rather heroic (and, okay, slightly ridiculous-looking) effort by fellow competitor Tim Price. 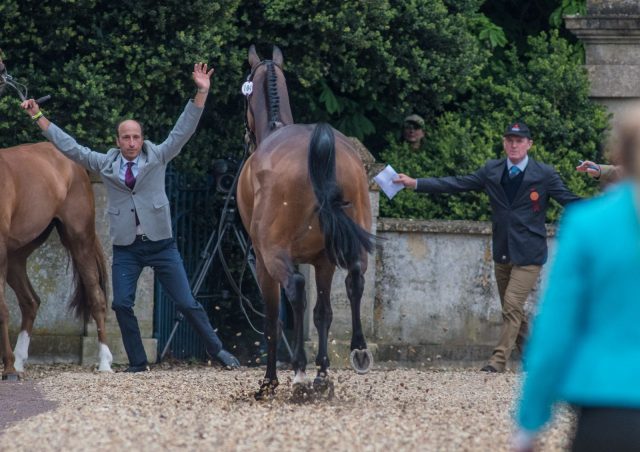 Nicky Hill looked as though she might be entirely at the whims of MGH Bingo Boy, while the petite Louise Harwood flew a horse-shaped kite in the form of Balladeer Miller Man. But despite these minor blips in the radar – and some badly-behaved hats – much of the afternoon went off without a hitch, and we’ll see 81 of the original 83 horses proceed to dressage. 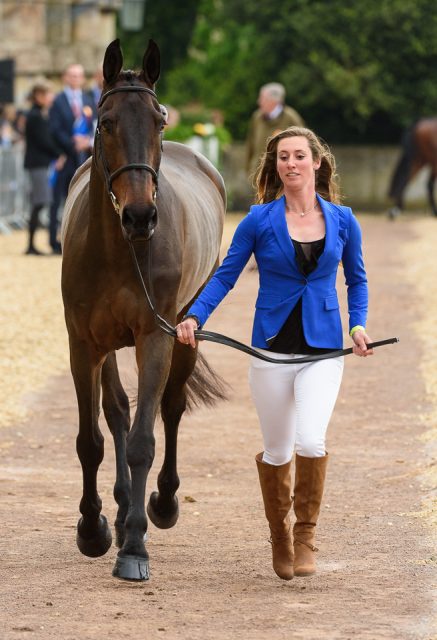 Two horses were sent to the holding box during the afternoon’s proceedings and both, unfortunately, were then withdrawn. The first of these was Hanna Berg‘s Quite Survivor, representing Sweden. Hanna has been based at Austin O’Connor’s Attington Stud in Oxfordshire in the lead-up to Badminton. The other withdrawal, however, has had to travel rather further. Sadly, we saw Tamie Smith withdraw Wembley from the holding box.

“The vet and farrier came to check out Wembley, and he has an abscess getting ready to come out,” Tamie said. “I have seen a lot, but never have I seen a horse develop lameness headed to their trot up. That’s life, and Wembley will have to wait to gallop around Badminton next year.” 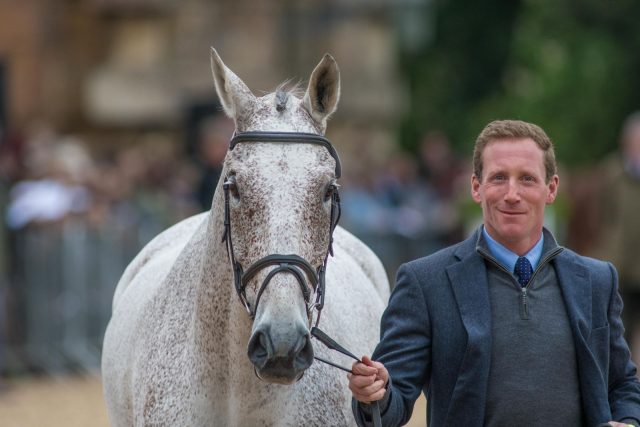 There’s been much speculation about which two of their horses Pippa Funnell and Oliver Townend would opt to ride, and this morning, we were finally provided with an answer – Pippa brings forward Majas Hope and Billy Walk On, while Oliver will ride his 2017 Burghley winner Ballaghmor Class and Cillnabradden Evo. 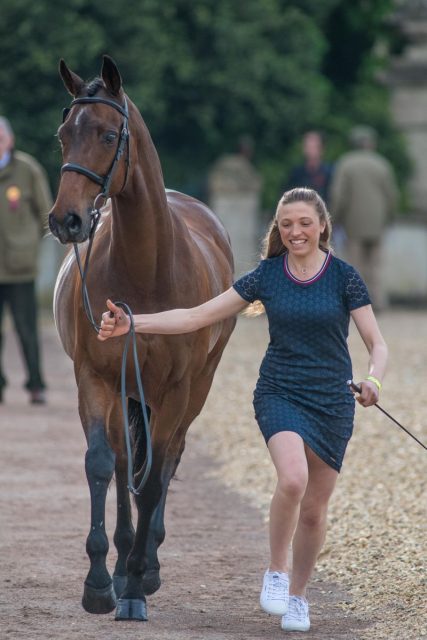 Two prizes were awarded for the riders deemed to be the best dressed by an assembled judging panel, led by eventing legend Lucinda Green. James Sommerville took the gents’ prize, while Louisa Milne Home won the ladies’. 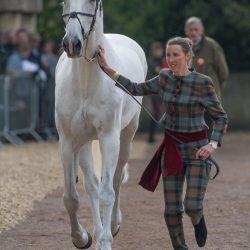 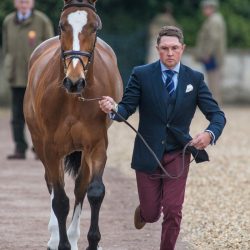 Dressage begins tomorrow at 9 a.m. BST/4.00 a.m. EST with Pippa Funnell heading into the arena as trailblazer with Majas Hope. Live-streaming the action, but have to dip in and out? Here’s our pick of the three tests in each half of the morning’s session that you shouldn’t miss…

Stay tuned for a gallery of images from this afternoon’s trot-up. Go eventing!

The 2019 Mitsubishi Motors Badminton Horse Trials is brought to you in partnership with the team at Voltaire Design United Kingdom. Going to Badminton? Head to Voltaire Design on Stand 253 on Somerset Way and meet the team of Sports Saddle Specialists, arrange a free, totally no-obligation fitting for you and your horse, or indulge in the Deal of the Day. Take advantage of the special show offer: put a deposit on a new saddle and receive a girth, stirrup leathers, and branded saddlepad, free! Looking for a bargain? Head to Voltaire Design’s sister stand, EquiTack, to check out their premium pre-loved saddles at rock-bottom prices.