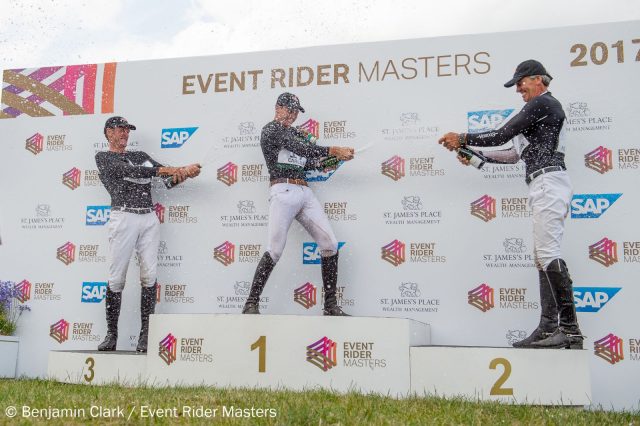 It was an action-packed day at Barbury International, featuring the finale of both the Event Rider Masters CIC3* and regular CIC3*. Throughout the competition we’ve had several North Americans in the mix, and they’ve represented us well, holding their own amid the world’s fiercest competition.

Here’s a roundup of what went down on Sunday!

France’s Thomas Carlile led the third leg of the Event Rider Masters (ERM) series at Barbury from start to finish, a feat never before executed in the series. He and Upsilon, a 9-year-old Anglo Arab stallion, scored a new ERM record dressage mark of 30.8, added nothing in show jumping, and topped it off with just 1.6 cross country time penalties. Their final score of 32.4 is the lowest recorded since the ERM series began.

“All my words go to Upsilon, he is superb,” Thomas says. “I just sit on him and let him get on with his business and he has risen to the occasion this weekend. He’s a class act and is certainly on form and hopefully there is a still lot more to come from him.”

It was Thomas’ second ERM win, a distinction shared with 2016 ERM champion Oliver Townend, and he’ll scoop £16,000 of the £50,000 purse for his achievement. Thomas now leads the 2017 ERM series scoreboard with 56 points, followed by Sarah Cohen (GB) in second with 51 points and Andrew Nicholson (NZL) in third with 50 points. 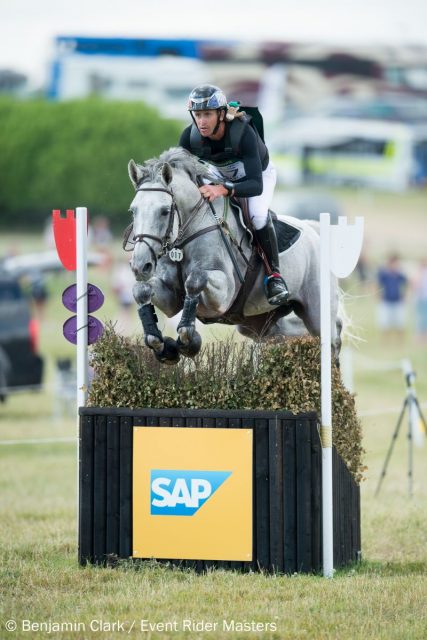 Andrew was in the hunt for a sixth consecutive Barbury CIC3* win but had to settle for second, both in the ERM class and the regular CIC3* division. In the ERM he finished second on Nereo, last year’s leg three winner, on a score of 41.5.

“Nereo did a wonderful job,” Andrew says. “We stayed in a nice rhythm on cross country as I felt Thomas and Upsilon had a strong lead, so didn’t want to scorch around trying to catch them. I expected them to deliver and they did. My fellow is a wonderful horse and we know each other very well. I am delighted for him and all his connections.”

Hannah Sue Burnett (USA) and RF Demeter, a 15-year-old Oldenburg mare owned by Ms. Jacqueline Mars, were the highest placed of the North Americans. They finished 10th on a score of 57, following up a fault-free show jumping round with 10.8 time penalties on cross country. We look forward to watching this exciting new relationship develop.

Lauren Kieffer (USA) and D.A. Duras, a 9-year-old Dutch Warmblood gelding owned by Debbie Adams and Ms. Jacqueline Mars, finished 15th. They had one rail and 14.8 cross country time to finish on a final score of 66.8.

The Event Rider Masters continues next weekend in France, at Haras de Jardy (July 15-16) for the fourth leg of the 2017 series. 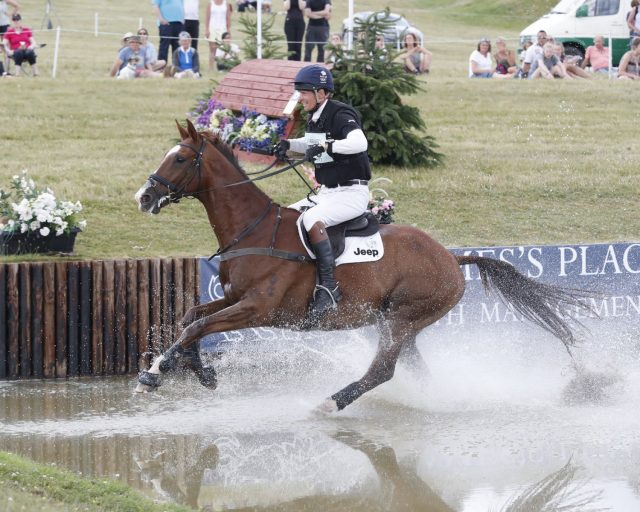 William Fox-Pitt landed his first three-star win since his head injury in the fall of 2015 at Barbury today. It was only his second outing on Frances Stead’s Clifton Signature, formerly competed by Jock Paget and presently for sale.

“It’s my biggest win for ages, a great surprise,” says William, who last won this class in 2005 on Ballincoola.

Tina Cook and Billy the Red held the lead through dressage and show jumping but withdrew before cross country, leaving the door wide open for a standings shakeup. William continued his steady climb to the top, starting in third after dressage, moving to second after show jumping, and finally overtaking first today.

“I’m not known for winning one-day events — I usually have loads of time faults — and I wasn’t sure this morning that I was going to go for it,” William says. “But then I thought ‘I’ll have a go’ and the horse got better and better. I like him; he’s fun, he’s no nonsense, he’s well trained and knows what to do.” 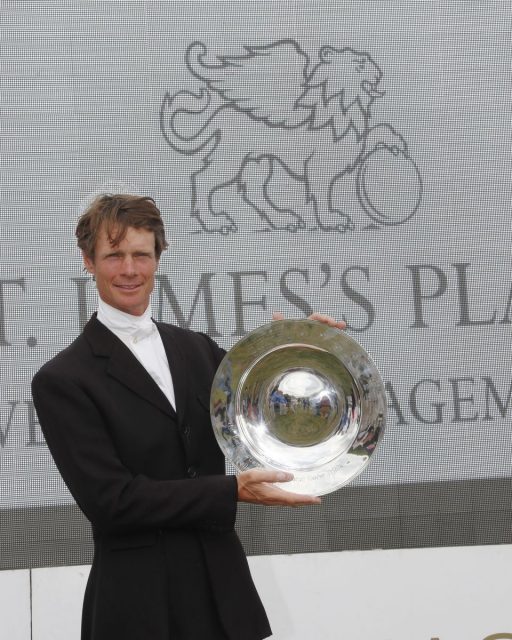 Tiana Coudray, one of three North Americans in the class, was first on course and showed everyone how it was done. She and Under the Clocks turned in a clear round inside the time to move into 7th place overall. 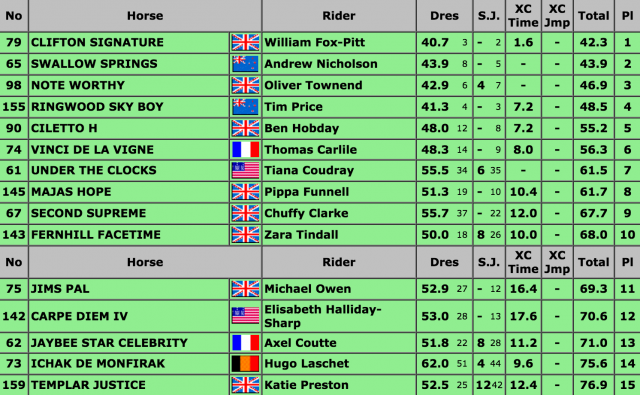