The 2017 Event Rider Masters series roared to a thrilling finale today at the SsangYong Blenheim Palace International Horse Trials as Izzy Taylor topped the podium for the first time. The win is the latest in a string of great results this season, with 8 of her 15 career international wins taking place in 2017.

“The horses have really stepped up in calibre and we’ve got a really good team of grooms, owners, and sponsors, so it’s all come together,” explains Izzy, who runs a yard of approximately 20 horses alongside raising her two children. “It’s a big unit, and everyone is massively supportive – the girls on the yard know that sometimes their job description will include school runs!” 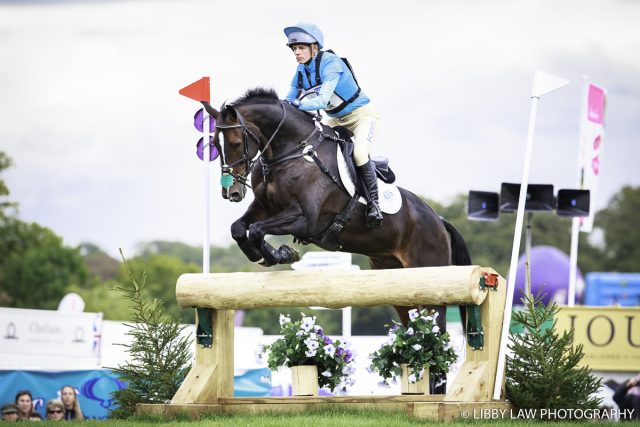 Izzy Taylor and Be Touchable. Photo by Libby Law.

Izzy claimed the win aboard Be Touchable, an 11-year-old KWPN gelding who has been 1st or 2nd in his last four CIC*** runs.

“He was mega in all three phases,” she said. “He can be cheeky, so with him you really have to go and you have to mean it. He has to be concentrating every second of the way – if he’s not, then you have to be. He was fantastic today.” 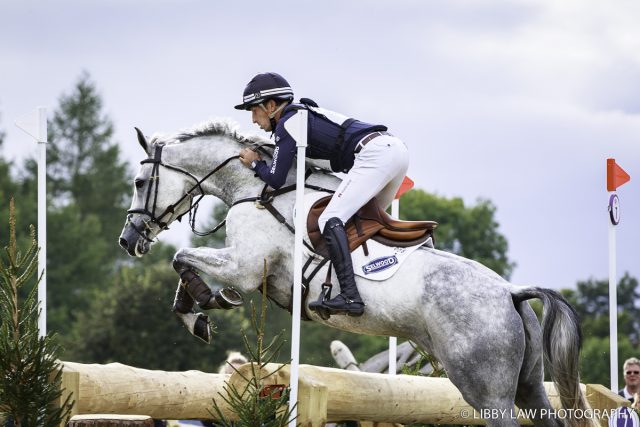 New Zealand’s Tim Price took second place on the grey mare Ascona M, who is one of the horses he’s been campaigning for wife Jonelle this year.

“I’ve always had geldings, but have gotten into riding mares this year,” he said. “They really take the bit between their teeth and if you can channel that, it’s great. She’s very on the job, and now she understands the diversity of the job and the different fences – she also knows she’s good, and puts her best foot forward. She’s a real talent for the future.”

Ascona M is one of several talented horses that Tim will have to hand back to Jonelle now that she’s made her return to international competition, but he’s not about to give in easily: “shall I just get her pregnant again?” he quipped. 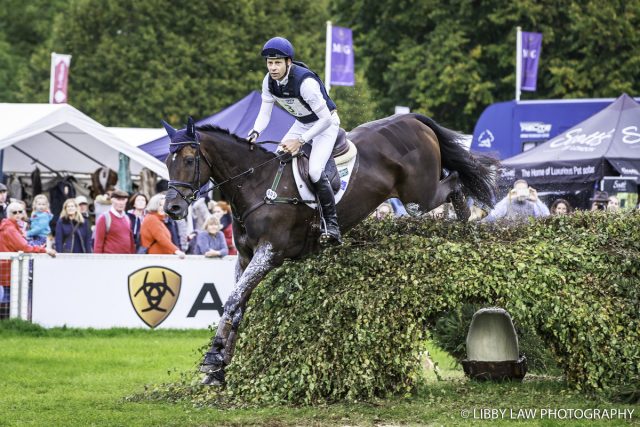 Aussie Chris Burton – the fastest rider in the world – set a blistering place to be the first rider home inside the time, and with that he earned himself third place aboard Graf Liberty.

“The course caused more trouble than we thought it would – I’m gutted for my mate Shane [Rose, who suffered 20 penalties]; I thought we might have another Aussie podium, which would be been fun. But that’s the thing about this sport, you reverse the order and it does put the pressure on. I had a lovely round – he’s quite experienced now and he knows his way around, although he did get pretty excited in the warm-up,” he said. 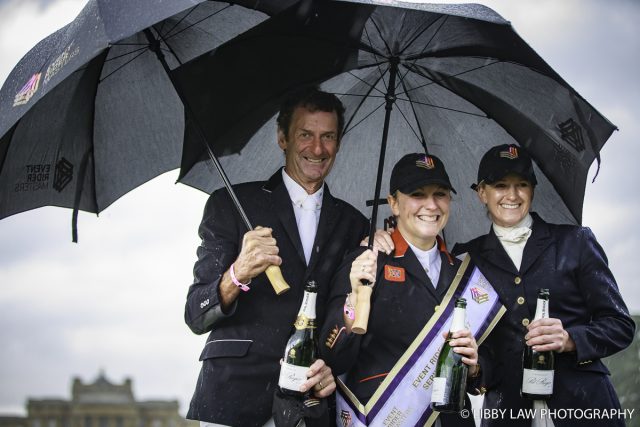 With the final leg of the 2017 season in the books, the overall podium could be decided. Gemma Tattersall held such a commanding lead after the penultimate leg at Blair Castle that she couldn’t be caught, but the battle for second and third places raged on.

“Chris and Lisa Stone [Gemma’s patrons and the founders of the ERM] are both so supportive, and have been throughout my career,” said Gemma. “I actually really enjoy the pressure – I love that about this series, and have really embraced it this year.”

Ultimately, it was to be Sarah Cohen in second place, despite her withdrawal before cross country today.

“He’s very cross he hasn’t run, but he’s done enough, and I want to have him for next season,” she said of her stalwart companion Treason, with whom she’s contested every leg this year.

Third place for the season went to Mark Todd, who well and truly broke his ERM curse this season with a string of solid results.

The ERM has committed itself to bringing eventing to a wider audience without compromising its authenticity, and its campaign of creative thinking has certainly proven successful so far, with 1.4 million livestream views and 2.5 million Facebook views this season alone. The team is already hard at work on some seriously exciting plans for next season, including further international expansion, more advanced technology, and increased viewing opportunities, so watch this space: we’ll be bringing you all the latest updates!

The top ten at the conclusion of the Event Rider Masters CIC*** at Blenheim.