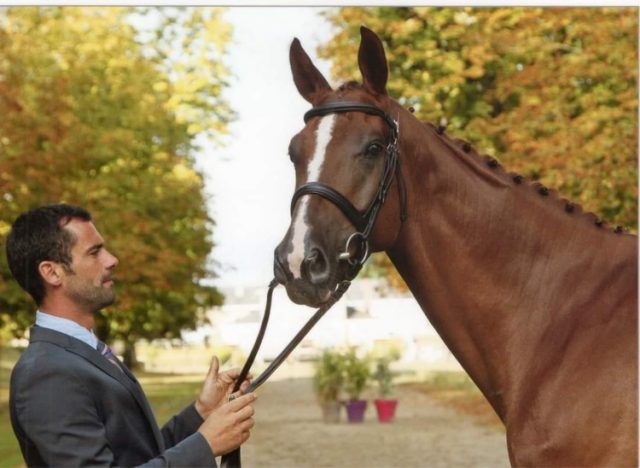 When you think about what a top event horse must have looked like as a foal, it’s easy to imagine that surely they must have always looked special — that this caliber of horse is just born beautiful, the crème of the crop, with fantastic gaits and obvious talent from the word go. That they came out of the womb with an air of greatness, obviously marked with a bright future. In reality that isn’t always — or perhaps rarely is — the case.

Indeed, if someone had asked you to choose in 2011 which French-born foal was destined to wear the future title of World Champion, it’s highly unlikely that you would have chosen Banzai du Loir. He was a skinny foal with an umbilical hernia, and in the words of his breeder Pierre Gouyé , “he didn’t make you dream”. 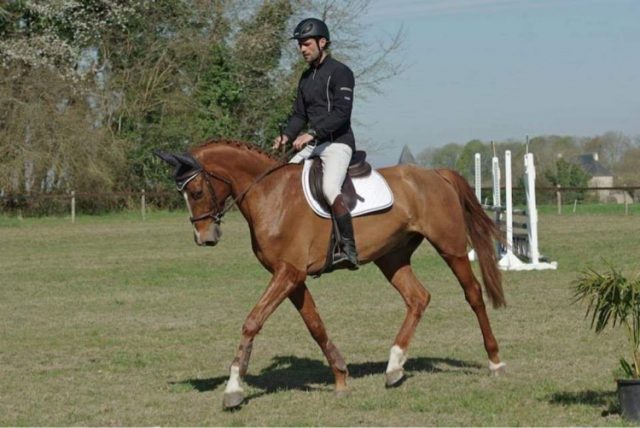 Looking at Banzai’s pedigree though, it’s easy to see how he eventually grew into a quality athlete. His sire, Nouma d’Auzay (by Carthago out of a Quidam de Revel mare), was an exceptional showjumper, competing to 1.55m international Grands Prix. Nouma’s sire, Carthago, was himself was an Olympian, competing in the showjumping at both the 1996 Atlanta Games and the 2000 Sydney Games.

Nouma’s damsire, Quidam de Revel, is one of the most successful modern show jumping sires (if not THE most successful) and also an Olympian, earning 4th place individually with Herve Godignon at the 1992 Barcelona Olympic Games.

While Banzai du Loir’s sire is certainly impressive, so too is his dam. Gerboise du Cochet was an event horse herself, competing to the 2-star level in the early 2000s. She was by the stallion Livarot, a Selle Francais who had ample Thoroughbred blood in his pedigree via the stallions Furioso xx, Red Star xx, and Rantzau xx.

Gervoise du Cochet’s dam was a full Thoroughbred, Passera xx, from the TB mare family 2-i, which has produced multiple show jumpers through 1.60m and eventers through five-star. Passera xx was also the dam of Tresor du Cochet, who — in a twist of kismet — competed in the 1998 World Equestrian Games in Pratoni with Cadre Noir rider Pierre de Bastard. Turns out Pratoni runs in Banzai’s family!

All that Thoroughbred blood on his dam’s side helps make up Banzai’s blood percentage of over 66%, and likely contributes to his speed, stamina, and athleticism on the cross country course. 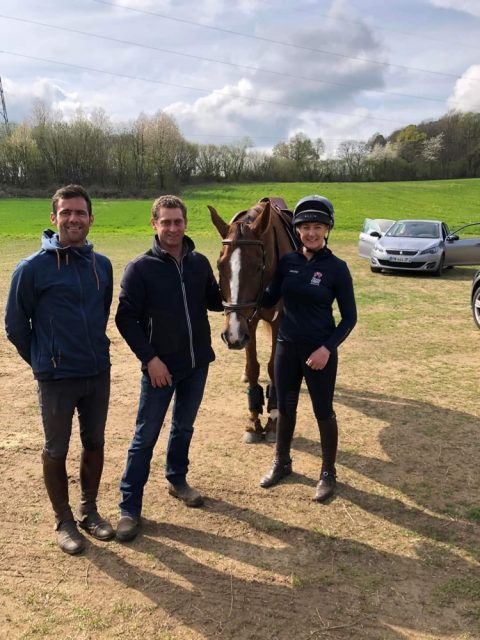 While Gervoise du Cochet did have two more foals for Pierre Gouyé’s breeding operation, Elevage du Loir, neither of them have yet reached the success of their brother. Nine-year-old Divine du Loir (by Kalaska de Semilly) has competed through 5 and 6 year old eventing classes in France with an amateur, despite breaking her jaw in a pasture accident as a 4 year old. Eleven-year-old Aspro du Loir (by Quinoto Bois Margot) was sold to the UK, where he competed through the BE100 level and in Pony Club events.

Despite being a perhaps not-so-promising foal, Banzai’s pedigree along with his excellent training certainly helped pave the way for his future success. Gouyé is quick to credit both Yasmin Ingham as well as French rider Axel Coutte for helping the horse realize his full potential. As a young horse, Banzai was competed by Coutte through the 3* level, including a trip to Le Lion d’Angers Breeding World Championships in 2018 where they finished 26th in the 7 year old class.

When asked how it felt to be the breeder of a World Champion, Gouyé replied with what I can only imagine is the most perfect answer: the Star Eyes emoji. Perhaps the only adequate and appropriate way to sum up what has turned out to be a truly fantastic superstar of a horse. Trust us, Monsieur Gouyé, we’re all starstruck for Banzai too.