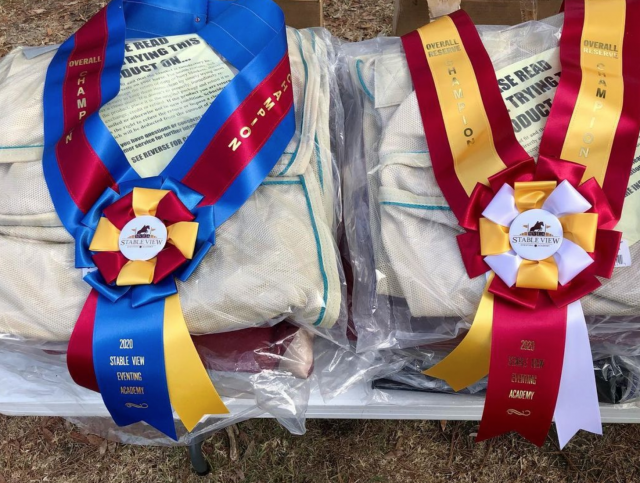 It’s Oktoberfest! Well, at Stable View this weekend anyway. They have some super exciting new features this year, including creative prizes for Furthest Traveled, Best Groomed Horse, Lowest Dressage Score, and Competitor on the Most Horses, and more! They have a new food court featuring Ronnie’s Ribs, Roasted and Toasted, Ice Cream Island, Mobile Coffee Shop and Lobster Dogs Food Truck & Pub. Get your culture in by watching the Aiken Symphony Orchestra put classical spins on mainstream music, relax in the rider lounges with free snacks, coffee, tea, and water, and keep your horse cool as a cucumber with equine misting stations.

When Sweden instituted a ban of the whip at the beginning of the 2022 racing season, racing official Dennis Madsen was pretty sure what would happen, which was nothing. The races would still be competitive, the betting wouldn’t be impacted and there would be no issues when it came to safety. Five months into the racing season in Sweden, Madsen, the head of horse racing for the Swedish Horse Racing Authority, who was a speaker at this year’s Jockey Club Round Table, says he has been proven right. “There has been no negative impact on racing at all after we took away the whip,” he said. [Sweden Makes a Seamless Transition to Whip-Less Racing]

Aspects of a horse training method made famous by Monty Roberts, author of the The Man Who Listens to Horses, have been called into question by research at the University of Sydney. Two main features of the method, also known as round pen horse training, are that it depends on the human trainer being able to communicate with the horse using ‘horse’ body language, and that it is a humane form of training. Our study casts doubt on both those claims. [Researches Urge Horsemen to Rethink the ‘Monty Roberts’ Method]

The best way to describe Tryon Riding and Hunt Club’s (TR&HC) Morris the Horse Trials is “strengthening its roots as it looks to the future.” This year’s event on October 22 & 23 at the Foothills Equestrian Nature Center (FENCE) marks 47 years of the competition set in the picturesque North Carolina Foothills. Part of Morris’s “roots” are exemplified by this year’s organizer Molly Bull and technical delegate Erin Stormont, both of whom grew up competing at this same event. [Eventing in Small Town North Carolina]

Researchers have created a scoring system that evaluates the level of bonding humans have developed with their horses. Stephanie Evans, MSc, HCPC, MCSP, ACPAT Category A, RAMP, of Hartpury University in the U.K., explained that understanding attachment could reveal more about the psychological advantages humans gain from interacting with horses, as well as help researchers explore how bonding affects performance and welfare.“Human attachment to animals has been shown to have numerous benefits, including positive physical, social, and psychological outcomes,” said Evans. “And the human horse-human and horse-rider relationship is considered a cornerstone of successful partnerships.” [How Bonded Are You To Your Horse?]

Best of Blogs: Yearning for Bliss Deep in Mongolia (the first part of the blog is here if you didn’t read it before)