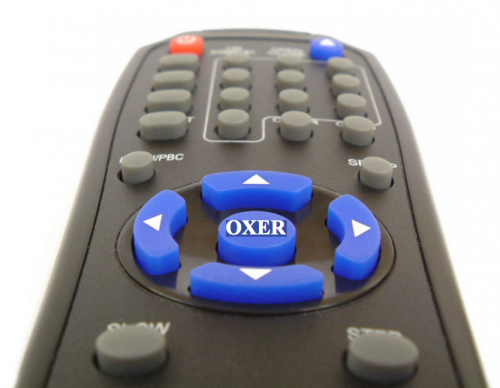 Jump alone? Lack working students, a boy/girlfriend eager to build biceps while eating dust, or simply lack the oomph to haul yourself on and off your horse? Then this just might be the high-tech advancement of the century. Or at least the week.

Callum Hunter, a 17-year-old British student, designed a prototype of a motorized jump cup you can adjust with a remote control, reports Horse & Hound. “I spent last summer working for event rider Tom Rowland, and I realized how much time is wasted getting on and off changing jumps, if you don’t have help on the ground,” Callum told H&H.

Officials just announced recipients of the MacArthur “Genius” Grant. How’d they miss this kid? Is it high tech rocket science? Nope. Chains and sprockets, people. Just like the ones I’ve always envisioned automatically raising and lowering standards from the ceiling of the indoor.

Callum’s still working out the bugs, mainly the fact that the motorized contraptions don’t fare so well if your horse repeatedly knocks the pole out of the cup. Surely he’ll have that one solved in time for next year’s grants.