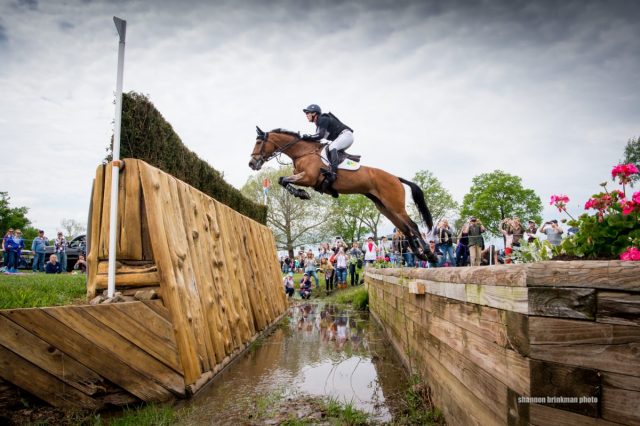 I am not qualified to speak for the management team of the five-star Kentucky Event or why $750,000 is the number chosen as part of the fundraising drive to allow for the cancelled 5* to get resurrected and run successfully without spectators this April as scheduled. However, as the manager of a 4*-L competition and a past bidder for a 5* at the Ocala Jockey Club, I am uniquely qualified to provide some perspectives to the readers of Eventing Nation on why the fundraising drive is a genuine call for help that should be heeded by the individuals in the eventing sport. If you already know you want to help, here is the website link to do so. If you are not sure why you should care or be the one to fill out a donation form, read on.

The fundraising call is not a ransom note, it is not a sign of mismanagement by EEI, and it is not like other marquee events like the Kentucky Derby that can easily run without spectators. It is simple Economics 101 of costs and revenue. At its most basic, a big event has big costs. It can
run if those big costs get covered. If not, someone is left holding the bag to cover the losses. When the organizer doesn’t have a method for enough revenue, the organizer goes bankrupt, suppliers don’t get paid, or worn-out Board members are writing big checks that they didn’t plan on writing. So, it is a sign of honesty, integrity and responsibility by EEI that they are trying to balance the math before running the 5*, rather than relaxing standards by running a shoddy or unsafe 5* or running on hope only to run out of money and have to fold as an organization after the fact.

Some riders have stated that the 5* cancellation was a sudden surprise. It shouldn’t have been. EEI has been asking for help for quite some time. Eventing Nation ran a story on the funding issue if EEI couldn’t run with spectators (Jan. 15: “Hoping for the Best, Preparing for the Worst: How We Can Help the Kentucky Three-Day Survive.”) I wrote a story for Eventing Nation on this as well (Jan. 21: “Support What You Wish to Keep.”)

The cancellation was a predictable outcome from a “meh, not my problem” response by the eventing world. Now that the chickens have come to roost, we can either be without a 2021 Spring 5*, reach into our own pockets to help, or wait for a big-pocketed savior who may or may not materialize. Hint, there are not many deep-pocket saviors in three-day eventing. The few like that are expected to step up too often, and often not appreciated enough for when they do. There are more of the ramen-dinner, pull-me-up-by-bootstraps folks in the rider, owner and sponsor ranks.

There is strength in numbers, even if each supporter only has a bit to pitch in. Bernie Sanders and Donald Trump both raised millions by activating small-dollar grassroots fundraising campaigns, so we know it can work if enough heed the call. The big questions I see on social media posts about this come down to “We were betrayed by the cancellation. Why should we help?” Here are the economic considerations from my experience of running a 4*-L event and having worked on a 5* bid. I am hoping it will help folks to understand why help is essential this year:

COSTS: Yuge. Eye-popping, surprising, incredible, holy-cow-really, big costs. To run a 4*-L event, when I ask people what they think it costs and add some more to the estimate, they think it’s about $100K tops. Nope. About five times more, and that’s a shoestring budget where the entire tiny organizing team is tired for six months before the event and three months after the event, the facility doesn’t get a fee, much of the competition is run by volunteers rather than paid staff, and the owners get paid zilch. So, when the 5* organizer says it costs about $1.5 million to run, yes, please believe them.

FUNDING: There are a few ways to bring in income for an event, depending on whether it is competitor-driven or fan-driven:

Whose problem is it if the 5* doesn’t run, or if it doesn’t run in Kentucky? Is it just the 5* riders who may not have a place to go play in the April Kentucky mud? No. Everyone in eventing loses if the 5* doesn’t run. 5* riders and owners pay big money for younger horses if they know they
can take them to elite events. Little girls watching 5* events are more inspired to show up at the barn to muck stalls if they have 5* visions to dream of at night. Fans watching 5* events may turn into a competitor, owner or a sponsor. Properly prepared 5* competitors provide national pride in their sport when they compete in big events from the Olympics to WEG and Pan Am Games. It isn’t just the elites in the sport who benefit from the Land Rover Kentucky 5* happening in 2021. It’s all of us with any connection to the sport.

Please, go ahead and support EEI by donating before 11:59 pm on Sunday, February 7th. They need $750,000 to make it happen. According to posts by Sara Kozumplik-Murphy who is leading the fundraising charge in eventing, there is already about $200,000 in private donations secured. EEI has promised to make 2021 donations optionally refundable if they cannot reach the fundraising goal by Sunday. Erik and I just donated, because the Ocala Jockey Club understands both what it takes to run a big event, and the huge value to the eventing community, the Kentucky Horse Park and to the Kentucky community. It isn’t just a donation, it is an investment in the sport. Donate. Be part of the solution.

[Link to the EEI donation page and refundable donation form]