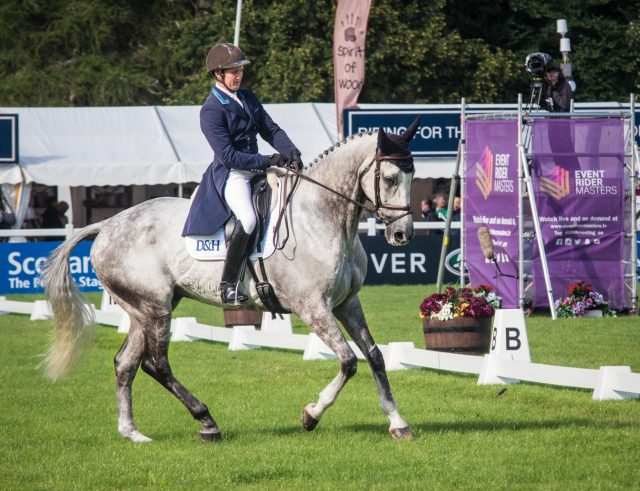 Welcome to Thursday at Blair Castle, and the commencement of eventing proper: the CCI3* dressage got underway this afternoon, and I stopped Googling ‘what do Scottish men wear under their kilts?’ for just long enough to watch some horses. (I kid. I’m excellent at multitasking and so I continued this essential research while watching.)

Tom McEwen was both the first and the final rider to make his way down the centreline in the 25-strong class, but it wasn’t until his second ride, aboard the 16.3hh Ghareeb gelding Strike Smartly, that he pulled his trump card out of his sporran.

The eleven-year-old gelding has been one of McEwen’s most exciting campaigners, winning on his CCI3* debut in 2017 at Ireland’s Camphire after taking the spring’s Chatsworth CIC3*. Though the horse’s season didn’t end as hoped — he was withdrawn at the final horse inspection at Boekelo — he had an exciting start to this season, recording a top-20 finish at Belton CIC3*, before making his four-star debut at Badminton. There, he jumped a conservative clear round, befitting a first-timer at the level, and finished in 27th place. 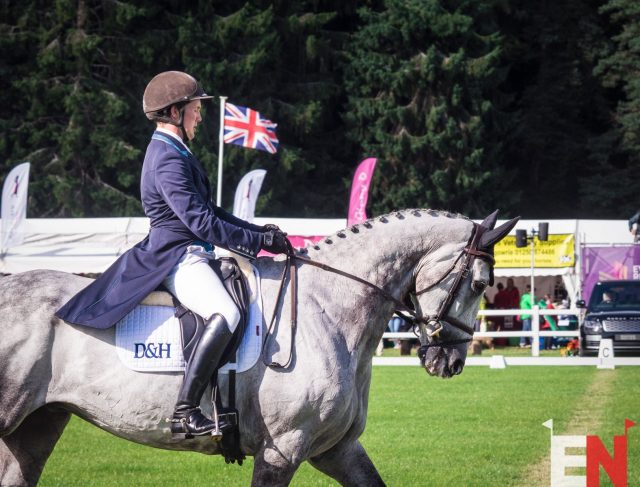 McEwen and ‘Paddy’s’ score of 26.9 this afternoon allowed them to sneak into the lead by less than a point, taking the top spot from overnight runners-up Izzy Taylor and Director General. Owned by Jennie Thorne, the eleven-year-old was produced to two-star and Advanced by Neil Spratt and Amelia Walker, and came to Taylor at the beginning of the 2018 season. An obvious talent, Director General’s record has nevertheless been plagued by his moments of volatility — he finished fifth in Tattersalls’ CIC3* in May, but only six weeks later, he was eliminated for ‘prolonged disobedience’ in this phase at Barbury’s leg of the Event Rider Masters series. 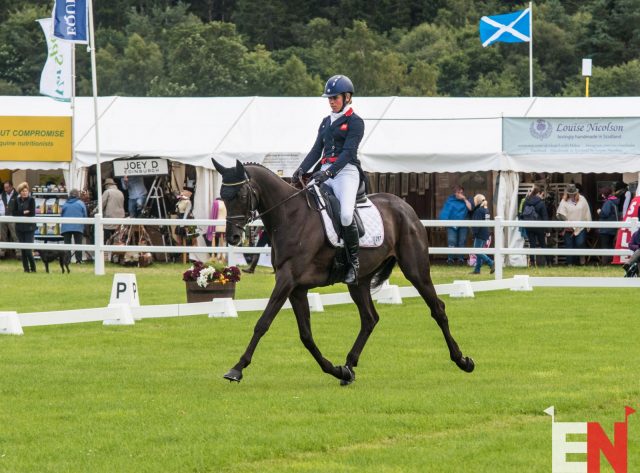 Fortunately, he showed none of his capacity for dramatics in today’s test, which was suitably rewarded with a score of 27.7 — a personal best, by a wide margin, for this horse at any international competition. Though he picked up 40 penalties across the country at this month’s Festival of British Eventing, a first instance of jumping penalties in this phase with Taylor, he’s ordinarily a quick and consistent performer over solid fences, and will be interesting to watch over the rollercoaster course here at Blair.

Slipping into third place is New Zealand’s Tim Price, who piloted Pats Jester to an overnight score of 28.5. Such is the breadth and depth of the talent in Team Price’s stables that this ten-year-old has, perhaps, coasted along under the radar — but on his CCI3* debut last season at Ballindenisk, he stormed to an easy win, and his results this season have been promising. He picked up seventh place in the hotly-contested CIC3* at Gatcombe earlier this month, and his first-phase score today betters his Ballindenisk and Gatcombe scores by two marks. Even more excitingly, he’s never had more than eight time penalties in a CCI. Forget the Cekatinkas and the Ringwood Sky Boys for a moment — keep an eye on this horse. 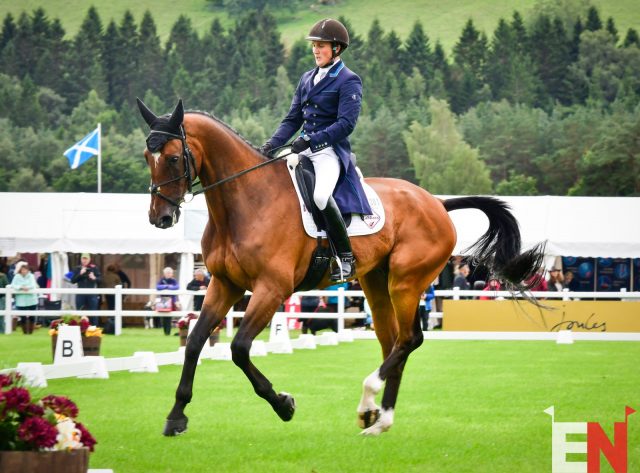 Setting the standard early on, Tom McEwen managed to hold onto fourth place too, with his first ride of the day, Figaro van het Broekxhof. Like Izzy Taylor’s mount, ‘Mr Fig’ has been produced to the top level by a variety of riders, including Sarah Bullimore, who piloted the thirteen-year-old in his first season at the three-star level in 2014. He then went to Jodie Amos, with whom he represented Great Britain at Strzegom’s Nations Cup leg in 2015, before starting — though not completing — his first four-star at Badminton in 2016. Though Mr Fig was absent from competition in 2017 after sustaining an injury, he piqued the interest of eventing’s punters in his first international with McEwen in May, when he finished fifth in the competitive CICO3* at Houghton. His score today of 29.8 marks the first time he’s broken the 30 barrier in his new partnership with McEwen.

James Sommerville and his own Talent rounded out the top five after the first phase, posting a score of 33.7 to slot in with just shy of a pole between himself and McEwen. 7th in Bramham’s CCI3* last season, and 5th and 11th in CIC3*s at Strzegom and Burgham this year, Sommerville and Talent are capable of straight, accurate and quick cross-country rounds — but they’re equally prone to racking up a steady handful of time penalties, too. But their confidence — and their results — seem to be on the rise after an ostensibly clear round, but for a knocked pin, on their second attempt at Badminton this spring. 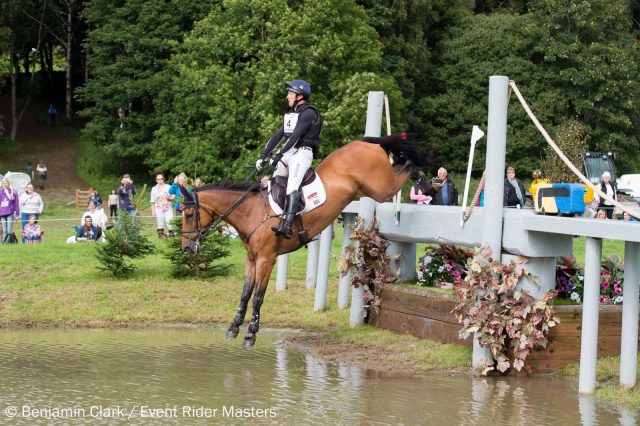 Tomorrow sees a day of rest for our CCI3* competitors, as the non-ERM CIC3* kicks off with 47 combinations coming forward for their first phase. These combinations include World Number One Oliver Townend, who brings an exciting string of world-beaters forward. Four of his five entries — MHS King Joules, Cooley SRS, Cooley Masterclass, and Ballaghmor Class — are also entered for next week’s Burghley CCI4*, but as he can only ride three of his five entries there, it’ll be anyone’s guess which of his horses will get a full run this weekend.

We’ll be bringing you the low-down on the fantastic courses here at Blair tomorrow, with angry haggis and sporrans galore — stay tuned to EN for all the Scottish madness you could possibly want, need, and/or stomach!

Oh, and for what it’s worth — apparently Scots like to prance around in their kilts wearing nae pants.