Friday Fact: Did you know USEA turns 60 years old this year?The USEA formerly known as the USCTA came to life during…

Turn the clock back 60 years to the 1959 Pan American Games. This event breathed life into the USEA — formerly the USCTA — that we know and love today. The Pan Ams were held in Chicago, Illinois, where founding members Alexander Mackay-Smith and Captain John ‘Jack’ Fritz met and created the Association.

The U.S. team for that third Pan American Games included Walter Staley, Jr. Bill Haggard, Michael Page, Michael Plumb. They were coached by Erich Bubbel through the September 3-6, 1959 event. Of course, the sport has changed tremendously in that time, but dressage still stands as the first phase. To celebrate their 60th birthday, the USEA has shared some relics from that significant event — including a dressage test. 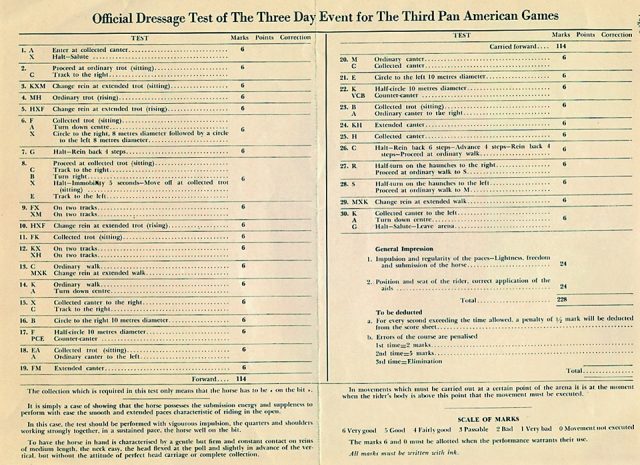