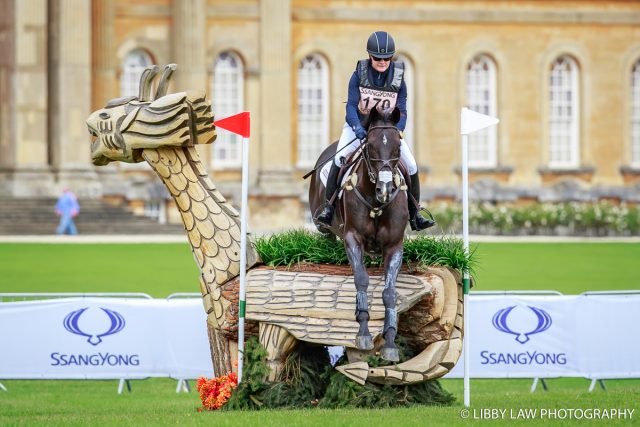 The future of one of Britain’s most popular internationals is in limbo as British Eventing made the announcement that they would no longer organise the SsangYong Blenheim Palace International Horse Trials, which ordinarily takes place in September and hosts both a CCI4*-L and a CCI4*-S for eight- and nine-year-olds.

But British Eventing’s step back doesn’t necessarily spell the end of the event, which ordinarily boasts enormous entry lists in spite of its post-Burghley slot on the fixture list. Blenheim has long been British Eventing’s showpiece, and the only event on the calendar that it organises and runs itself. This year, with COVID-19 forcing both the cancellation of much of the calendar and a necessary reassessment of company budgets, the tough decision was made to offer the event — complete with its title sponsorship from Korean automobile company SsangYong — to bids from independent organising teams. Though any potential partnerships are currently well under wraps, there’s already talk of some exciting prospective solutions in the works.

“The break caused by the cancellation of the event this year has given the British Eventing Board the opportunity to reassess the organisation structure of the event, and the decision has been made that British Eventing will focus on the delivery of core sport.  As a result, BE have made the decision that we will no longer be organising the Blenheim Palace Horse Trials going forward,” said the organisation in a statement released today (14 August).

BE CEO Jude Matthews continued, “It is with regret that we have made the decision to cease organising the SsangYong Blenheim Palace Horse Trials, and it marks the end of an era for British Eventing.  The event team, led by Mandy Hervieu, have done a fantastic job over the years, and the Organising Committee have provided a vast amount of time and knowledge to support the running of the event.  I would also like to thank all those who have volunteered over the years for their support of the event, we could not have done it without you.”

British Eventing invites any interested parties to contact them in the first instance via contact [email protected]. The tender process is due to be conducted by the end of the year.

Though this year’s event was cancelled months ago, a replacement event has been scheduled at Norfolk’s Burnham Market from September 16-20. The venue, which ordinarily hosts a number of national-level BE events and an early-season international up to CCI4*-S, is run by Musketeer Events, who also organise a number of events including Barbury and Houghton, which hosts the UK’s only leg of the FEI Nations Cup series. Burnham Market’s 2020 autumn international will host both a CCI4*-L and a CCI4*-S for eight- and nine-year-olds, providing a valuable opportunity for combinations to gain MERs ahead of next year’s postponed Olympic Games, and offering a valuable showcase for some of the world’s finest up-and-coming horses. Previous winners of the Blenheim eight- and nine-year-old class include Mark Todd‘s 2011 Badminton winner NZB Land Vision (2010), William Fox-Pitt‘s 2011 Pau winner Oslo (2011), Andrew Nicholson‘s 2013 Kentucky winner Quimbo (2012), Jonelle Price‘s 2018 Luhmühlen winner Faerie Dianimo (2014), Chris Burton‘s WEG partner Cooley Lands (2017) and Laura Collett‘s 2019 Boekelo winner London 52 (2018).