In this excerpt from How Good Riders Get Good, Denny Emerson talks frankly about the kinds of qualities you must have in an event horse, and when it is okay to compromise. 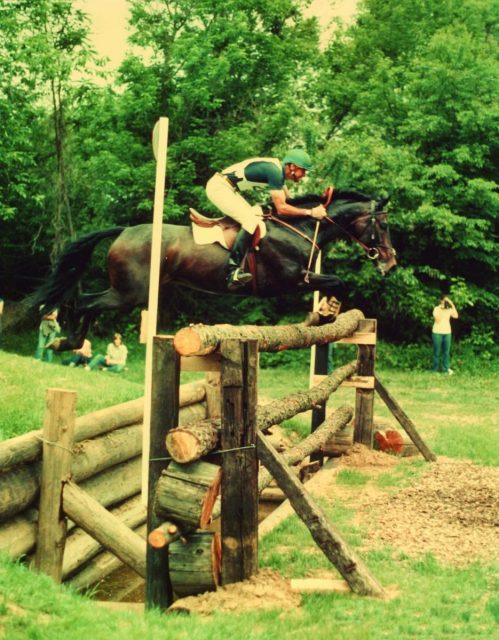 New Zealand’s famous (and very tall) eventer Mark Todd, FEI “Horseman of the Century,” drove quite a long way in 1983 to look at Charisma when he was offered the ride on the gelding while his top horse was laid up. He was surprised to discover that the prospect he’d traveled so far to see was a pudgy and unprepossessing 15.3 hands. Two Olympic gold medals later, Mark had got over the shock, and he and Charisma were a legendary partnership.

Ben O’Meara didn’t get Untouchable off the racetrack until the horse was eleven years old, an age at which most riders would have written him off. But Untouchable became one of the great Olympic Grand Prix jumpers.

Despite being an already “Wow!” jumper, Theodore O’Connor, an Arab/Shetland/Thoroughbred-mix just shy of 14.2 hands, was anything but my impression of a four-star horse when Christan Trainor brought him to my farm as a four-year-old. But Karen O’Connor saw something special in him a year later, and after finishing third at Rolex Kentucky in 2007, they won both team and individual gold at the Pan Am Games.

Victor Dakin wasn’t the prototype of my ideal eventer when I went to look at him in 1973. He was barely sixteen hands, his feet were narrow, his pasterns upright. He was hot as a firecracker to ride in dressage, and the Canadian Team coach had dismissed him, stating, “This bloody horse can’t canter!” He was one-half Thoroughbred, one-quarter Irish Draught, one-eighth Arabian, and one-eighth Morgan—hardly the usual mix for a top eventing prospect.

But he could run and jump forever.

By choosing to “compromise” on Victor, I was able to ride on a gold-medal-winning USET team, win the US National Championship, and ride clear rounds on cross-country over most of the world’s toughest courses for five consecutive seasons. Victor is a good example of a compromise that was a good choice, but I have also made my share of mistakes. I think many of the times I’ve made horse-buying mistakes it’s because I wanted to get something for nothing—or, to put it in plain English, because I’m cheap! I wanted to buy champagne, but I had a beer pocketbook, so I’d often get a horse that had some problem, rather than pay several times as much for a better horse.

By “problem,” I mean I would frequently buy horses that were hard to ride, either too hot or too strong, or very green. Always, of course, I’d do so assuming that I could fix that horse’s particular problems, and that often proved to be a wrong assumption. Hot horses tend to stay hot, and tough, aggressive horses sometimes calm down, but more often they don’t. Green is fixable; it just takes time. But my worst buying mistakes happened when I would compromise quality, a word that means different things to different horsemen, even when they are in the same discipline—and especially when they are in different disciplines.

In eventing, horses with “quality” are fancy movers. They trot with an elastic “flow,” and their canter is buoyant and uphill. Their gallop is silky and reaching, their jump is sharp and full of scope and power. If you start with a horse full of quality, you have realistic hopes. But if you compromise basic quality, you’ll never get there—no matter how much you struggle, and no matter how much riding skill you bring to the equation.

This excerpt from How Good Riders Get Good by Denny Emerson is reprinted with permission from Trafalgar Square Books (www.horseandriderbooks.com). 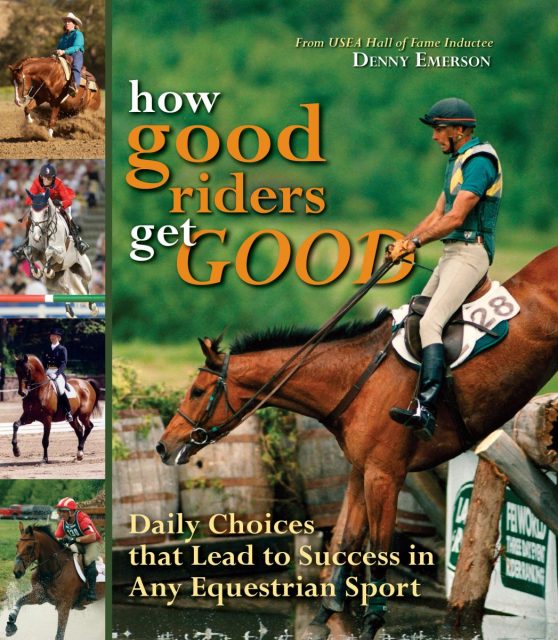