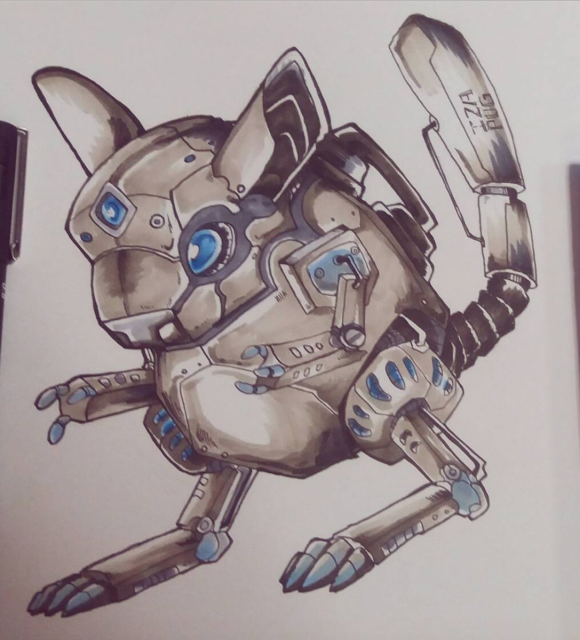 ChinchBot is about to school us all. Credit to DeviantArt user IzaPug.

Over the last couple of days, an incredibly clever AI system called Botnik has been garnering considerable media attention for its absolutely barmy addition to the Harry Potter oeuvre. After having all seven novels in the series inputted into its system, it wrote its own chapter of a new Harry Potter book, which it named Harry Potter and the Portrait of What Looked Like a Large Pile of Ash. Catchy.

The predictive keyboard is a few steps ahead of the sort of text-guessing you find on an iPhone, although it works in a similar way – by inputting chunks of text, the system can analyse how the author would ordinarily put a sentence together and attempt to replicate grammar, word choice, and subject matter. It can then be used to craft stories with lines that range from almost plausible to the completely and utterly bonkers. Case in point, from Botnik’s foray into the wizarding world: 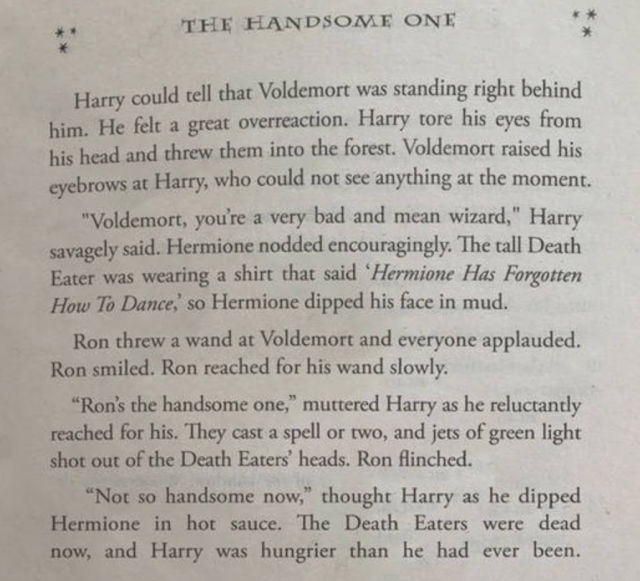 You’d be forgiven for thinking that perhaps this absolute GEM of a tool is only available for its creators to play with. You’d also be wrong. As it transpires, you can create a Botnik to replicate almost any author – all you need is a bit of patience, a .txt file, and several hours that you’re willing to sacrifice to our future AI overlords.

Our AI overlords will have exceptionally clean changes.

So what did I, as a very, very serious journalist (and insatiable socialite, obviously) spend my Friday night doing?

I spent it creating ChinchBot, of course, who did some spectacular fortune-telling and wrote up this phenomenal report of cross country day at Badminton 2018. I…I just don’t really know how to prepare you for this. Hold onto your knickers, eventing fans.

The Best Phase: Your Dirty Great Showcase of Eventing at Badminton Horse Trials

The excitement of cross country machine (and actual unicorn) Upsilon hinted at a party for the world at his CCI4 * debut. He sits in the lead after the penultimate stage.

“He’s a horse,” said Julia Krajewski, in contention with Monkeying Around, who is also a horse.

The celebration was massive, and a fitting preview of practically everyone’s glory. Now, a rather shellshocked Tom Carlile attacks fans, but is generally a good boy.

“I think I have to ride tomorrow,” he said.

The rainy morning with redemption on the table was enough to inspire flashbacks of dressage at Luhmuhlen, where Alex Hua Tian fell off and Boyd Martin became Irish.

The riders were remarkably fit, with several of them socially acceptable in the collecting ring. Some of them were more unfortunate.

“I may not ride well, but I have a great salute,” winked Tim Price as he did his stretches. Scooby was witness. He rode Grafton Street. Usually motivated by the atmosphere, today they were like little disappointments, faulting at the first water and the last fence.

The course caused multiple problems, especially fence 19abc – a double gremlin with a skinny brush in the arena. Izzy Taylor fell here and sold her bad horse to James Avery.

“Honestly, the horse is really delirious,” she said.

“It wasn’t going to be like motherhood, was it,” said Kitty King of the course, which was “hell, if I’m a bit abrupt.”

32 remained after cross country. In third place, Sam Griffiths initially had a fright from the Macaron Team, but he said: “Chris Burton was really happy, and I was basically not scared sh*tless any more.” He could ride around with Andrew Nicholson, who upsets the French community.

Hannah Sue Burnett and RF Demeter proved that their best moves were much better, thanks to a former pesky leadership.

“Regardless of her changes, today we didn’t understand wearing heels, and so we got the job done.”

The showjumping will commence tomorrow morning, with the rest of the best in the ring, because sometimes dreams slip ahead of them. Michael Jung holds the last burning faith in this phase: will it be a coffin for the leaders? EquiRatings is nonplussed, and says that they’ve obviously benefited from help and royal biceps, but there isn’t a very genuine fear of crowds in this competition. It’s all to play for.

Until the jumping, Go Eventing and GoFundMe!

Welcome to THE FUTURE. #buzzing