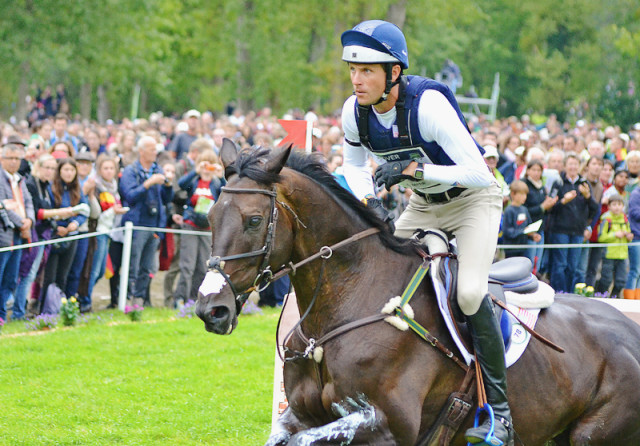 With Team USA’s first five riders failing to produce a clear cross-country trip on a day that turned into Badminton 2.0, the pressure mounted on Boyd Martin and Shamwari 4 to deliver some form of redemption. As one of the last 15 pairs to tackle the course, they faced sloppy, tiring ground that certainly didn’t make the job easy, but they rose to the occasion to come home clear with 13.6 time penalties, which puts them in ninth place on 59.9.

Boyd said Shamwari’s effort really impressed him, especially considering how tough the day ultimately proved to be. “He really showed me what he was made of,” Boyd said. “I knew he was a good horse coming into this just because of what he’d done with Ludwig Svennerstal, and he did Luhmühlen so easy.”

Because of how deep the ground ended up being in certain spots, Boyd set off at a steady pace, and Shamwari had plenty of gas left in the tank at the end, he said. In hindsight, he thinks he could have gone out at a faster clip to potentially catch the top of the leaderboard. 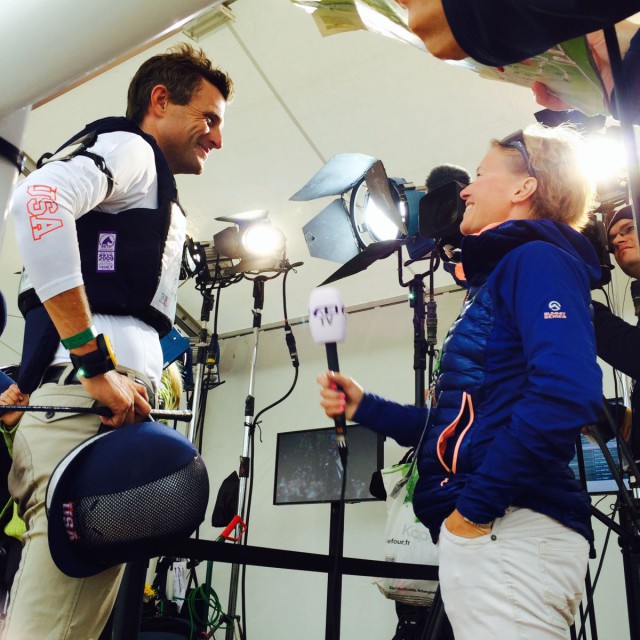 All smiles after cross country.

“The good thing is he wasn’t knackered at the end,” Boyd said. “He finished with his ears pricked. He felt fresh at the end. So I think I’ve got a horse that should jump well tomorrow. We’ll make sure he’s alright tonight. I’m confident in his show jumping; we should have a good round tomorrow.”

As for how to put Team USA’s rough day into perspective, Boyd said you have to remember that riders like Mark Todd and Oliver Townend didn’t make it around, and Jock Paget retired early on with Clifton Promise, who was sitting in third place after dressage and will now re-route to Burghley.

“It was heartbreaking, but I’ve got my head held high for the team,” Boyd said. “They all tried their hearts out and everyone dug deep. David did a super job as coach. Phillip is a fantastic captain for the team, and Joanie Morris is a diamond. Sometimes it doesn’t come off. New Zealand didn’t finish their team either. It’s just the way it goes — it’s the nature of competitive sport. 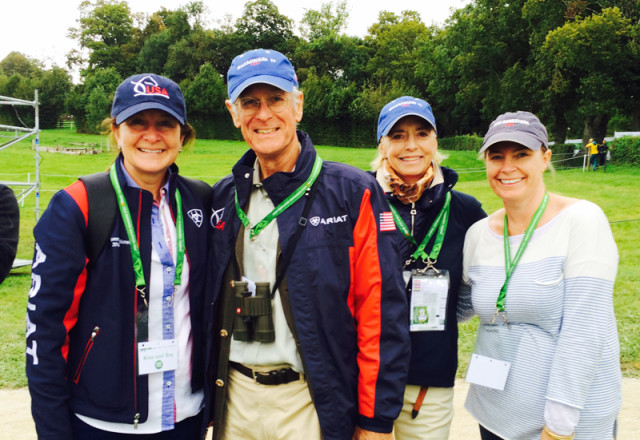 Congrats to Team Shamwari on a great day!

Boyd’s good showing is extra special considering he has a large gaggle of owners here supporting him this weekend, and they were all smiles after he crossed the finish line. “It’s rewarding because I told them six months ago that this was a great horse, so I knew it, and they believed me,” he said. “It takes a lot of people to put their hard-earned money to my belief, and it’s just satisfying for him to do that good.”

With the dust settled, Boyd is less than two rails out of the individual bronze medal position, and if show jumping day here at WEG plays out anything like the final phase did at Badminton this year, we’re going to see a lot of rails tomorrow. With Shamwari feeling fresh and full of running at the end of the course, Boyd could be poised to bring home some hardware for Team USA.

Click below to watch our full interview. Go Boyd, and Go Shamwari.