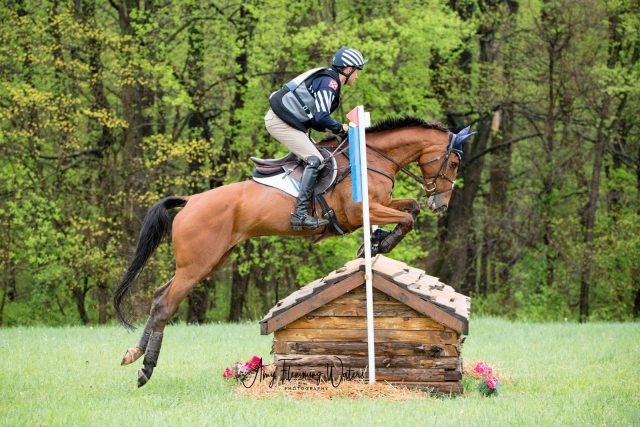 The CCI4*-S leaderboard was a rollercoaster this weekend at the Fair Hill International April CCI & H.T. Between torrential rainfall and and a last minute course change, it wasn’t abundantly clear who won this popular spring event by day’s end. The leading role shuffled between riders, but once the dust — or more likely, mud — settled, it was Boyd Martin and On Cue who came out on top.

Fourth after dressage, Christine Turner’s 12-year-old Anglo-European mare (Cabri D’Elle x On High, Primitive Rising) powered through the jumping phases with one rail down and 12.4 time penalties across country. The final result of 48.6 secured her a fourth international career win. 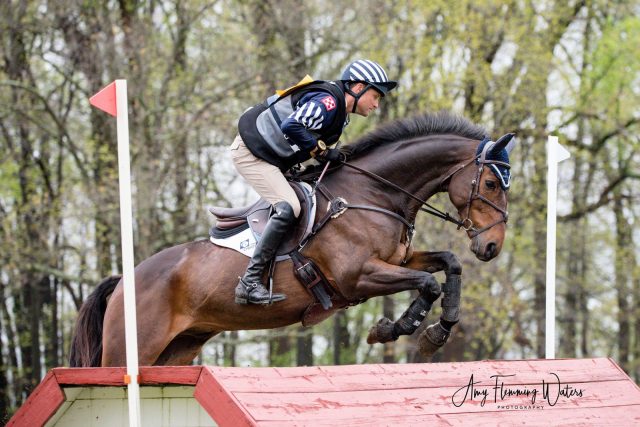 Boyd Martin was also seventh and ninth with Ray Price (74.7) and Contestor (84.6), respectively. 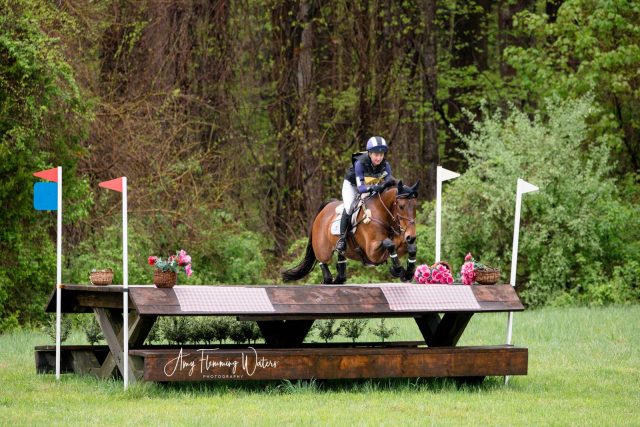 A little rain couldn’t slow down second place finishers Alexa Lapp and  Cambalda, who finished on an identical cross country time with Boyd.

This pair moved up to Advanced last month at Carolina International, and now “Ping,” a 17-year-old Irish Sport Horse (Balda Beau x Cathy’s Lady) owned by Tim and Nina Gardner, has added an 8th four-star win to his record as he shows Alexa the ropes at the top of the sport.

The duo started in second after dressage (30.4), dropped to seventh after show jumping with two down before climbing back into second with 12.4 time penalties for a final score of 50.8. 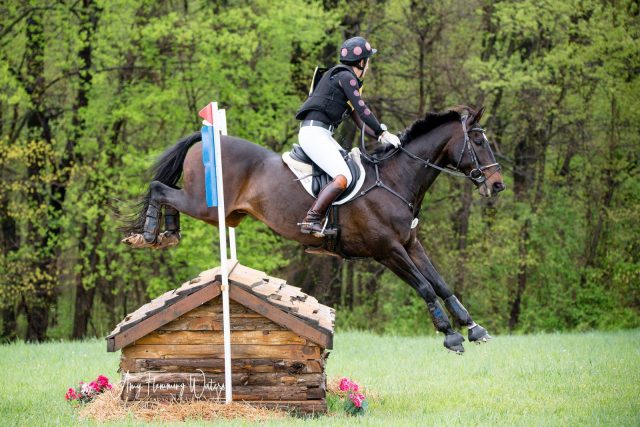 Kristen Bond and I’m Sew Ready sit proudly in third. Kristine and John Norton’s 15-year-old KWPN (Lupicor x Jarda, by Elcaro) had one rail down and 17.6 time penalties for a three-phase score of 53.6.

“Jackson” has been campaigned by Phillip Dutton over the last few seasons, and has returned to Kristen to be sold. Click here to check out his ad on Sport Horse Nation. 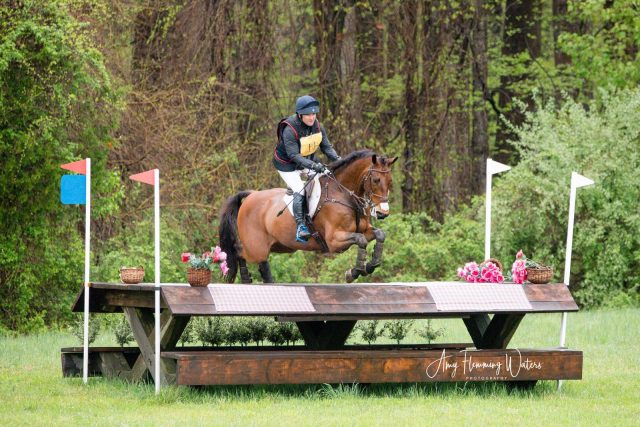 Phillip Dutton piloted Fernhill Singapore, a 10-year-old KWPN (Singapore x Reidellia, by Animo) owed by Ann Jones, Tom Tierney and David Vos, to a fourth place finish on a score of 62.9. They started the weekend in 18th place after dressage, but a clear round and 18.4 cross country time penalties landed them in the top four. 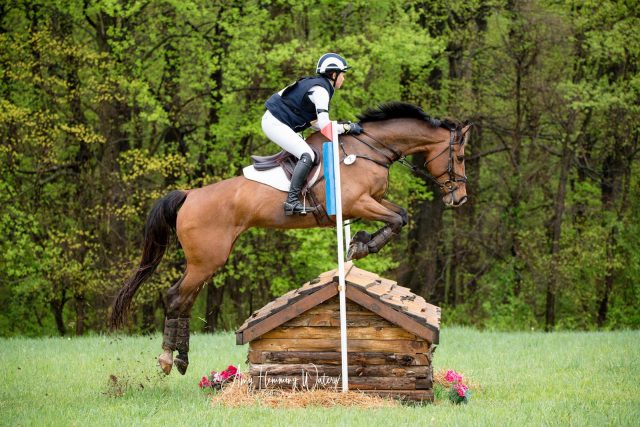 Fifth place in the division belongs to Arielle Aharoni and Dutch Times. Christina Aharoni’s 11-year-old Dutch Warmblood had one rail down and 23.2 cross country time penalties to finish on 69.2. 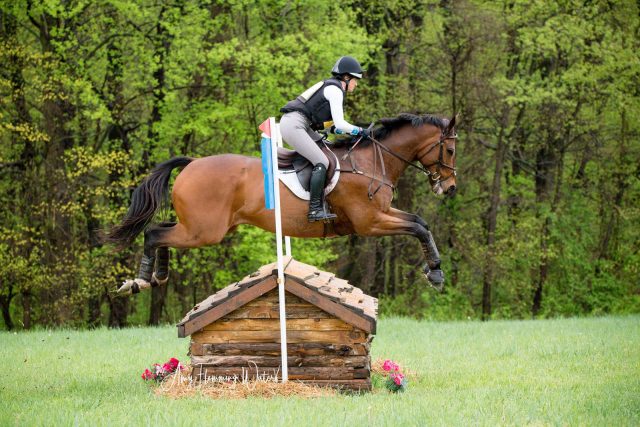 Erin Sylvester went for sixth with Marnie Kelly’s Campground. The 12-year-old Thoroughbred had the second fastest cross country round of the group with 14.8 time penalties to finish on 69.4 penalty points. 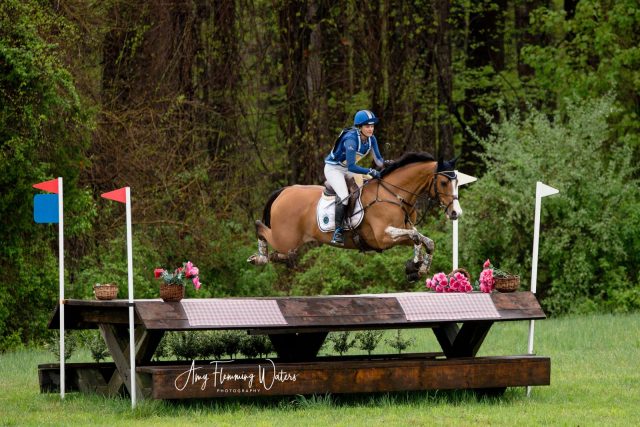 Competitors were up against sloppy conditions this weekend nearly continuous rainfall over the last 24 hours. How much rain, you ask?

Fair Hill International is held together by an unbeatable team of volunteers who kept the show rolling — thanks to each and every one of you!

We’ve been lucky to follow Fair Hill through Amy Flemming-Waters’ lens! Stay tuned for even more of her gorgeous photos in a gallery later this weekend. You can also find more of her work on her AFW Photography website. 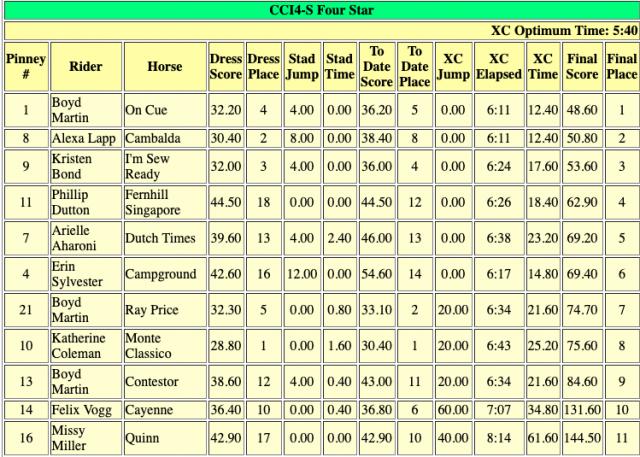