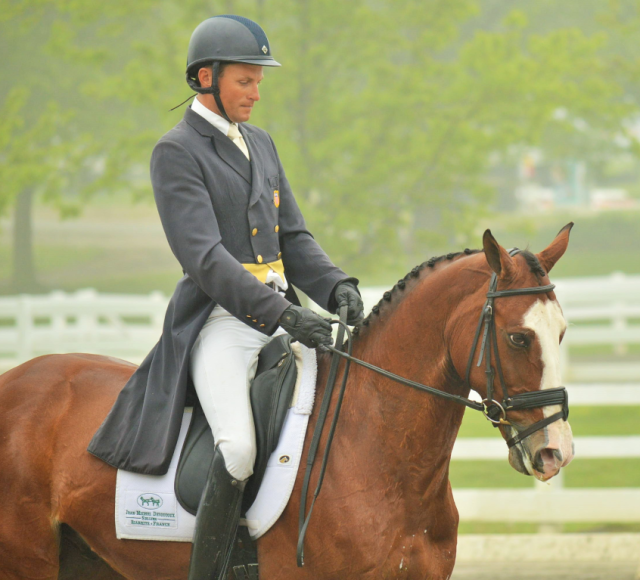 Boyd and Otis Barbotiere were the first in the ring this morning in the CIC3* at Jersey Fresh. This is Boyd’s first competition back since breaking his leg, and the pair looked none the worse for wear as Otis put down a lovely and fluid test to score a 44.2 for the early lead. Boyd told me yesterday that he plans to just ride the dressage and show jumping this weekend to give his leg a rest, and I’m sure he will be riding through some discomfort in the show jumping tomorrow. 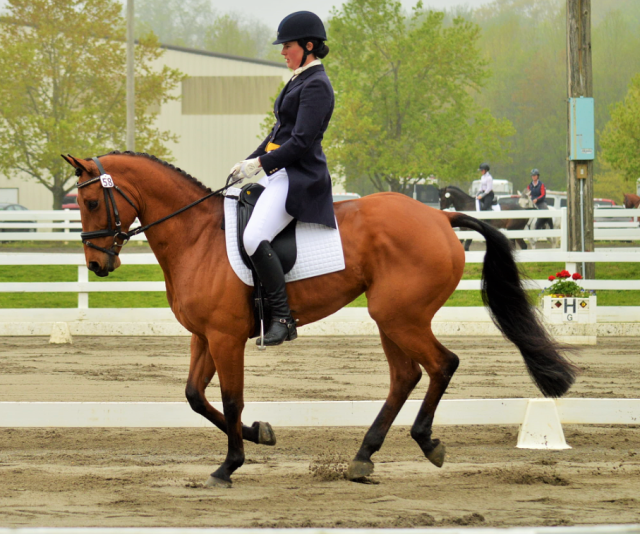 Maya Black and Doesn’t Play Fair also enjoyed a great test this morning, and even with a couple of slight bobbles the judges rewarded this pair with a 48.6 for second place. 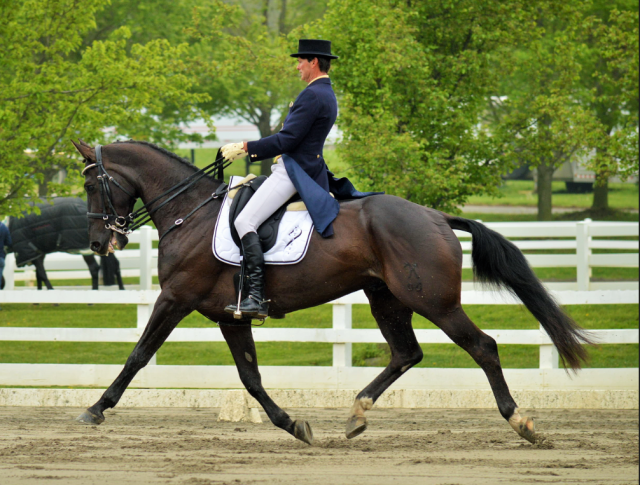 Danny Warrington and Will Smith. Photo by Sally Spickard.

Danny Warrington and the striking Will Smith, a tall, nearly black Hanoverian gelding, laid down quite an expressive test, earning a 56.4 for third place early on. This horse is a very flashy mover, and Danny just moved the horse up to Advanced this year, with this event being its CIC3* debut. 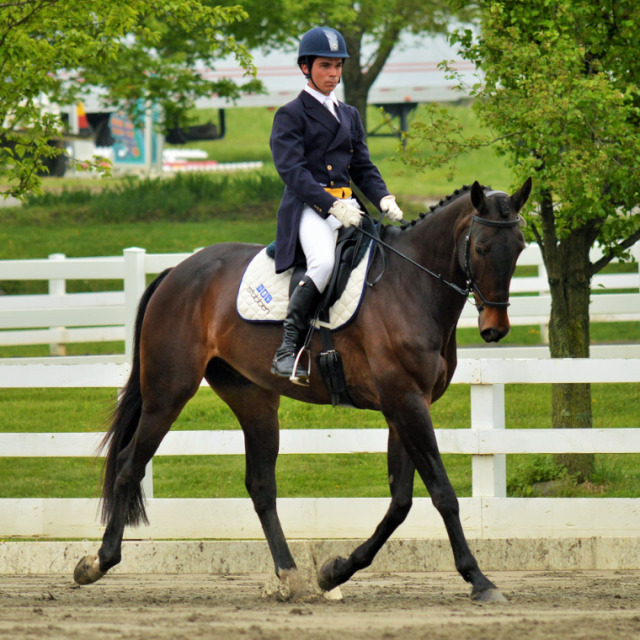 I was riding along with Dom Schramm and Cold Harbor this morning, as Dom rode every inch of the ring to squeeze out every point possible on a tense horse. Cold Harbor got a big pat from Dom at the end of their test, and I’m sure this horse will be itching to get out jumping as soon as possible.

We’re on the first of two breaks in the CIC3*, and Katy Groesbeck and Oz the Tin Man will kick us back off in just a few minutes. Stay tuned for more from Jersey!