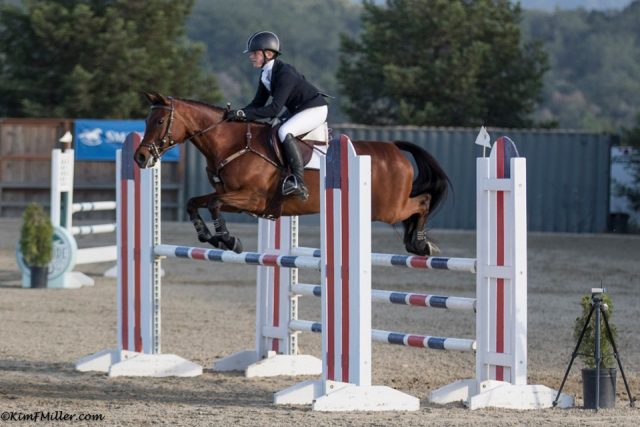 Saturday night at The Spring Event at Woodside has a special atmosphere. The big VIP tent with the hustle and bustle of happy patrons enjoying dinner and drinks right alongside the Grand Prix arena gives the space an electric feel, and with Preliminary Challenge competitors show jumping in reverse order of standing, it becomes a very high pressure situation for that level. That’s the beauty of the Preliminary Challenge — it’s a wonderful opportunity for up-and-coming horses and riders to perform in an amped-up environment, and the $15,000 purse doesn’t hurt! 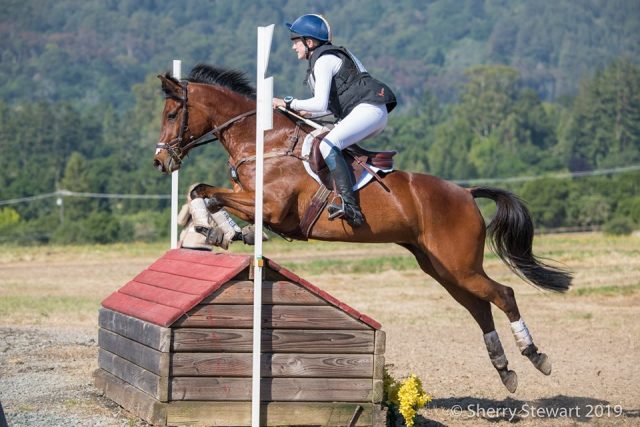 Meg Pellegrini and her own Ganymede, a 16-year-old Connemara (Bally Whim An Luan x Court Hawk), secured their third Preliminary win as a pair this weekend. They finished two seconds over optimum time on cross country, their only fault of the weekend, and a double clear show jumping sealed the deal on a score of 34.1.

her newest ride, RF Eloquence. She and “Ricky Bobby,” the former five-star ride of Ellie O’Neal, had just 3.2 time penalties for a final score of 36.2.

“Both of my horses always put in 100% effort, but I think (Ganymede) just got a little jealous and she had to come up and show what she could do. She feels and acts like a big horse. She acts like she can jump the moon,” Meg said. 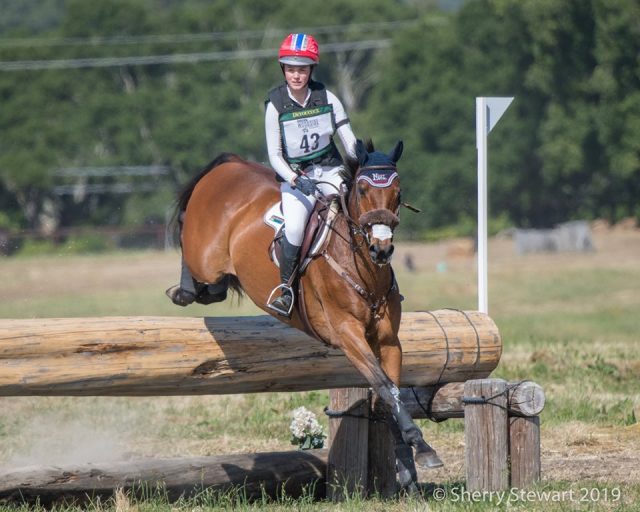 Savannah Gwin was second with Glock Pullman on a score of 35.7. Both Savannah and Meg are hoping to represent Area VI at the North American Young Riders Championship later this summer. 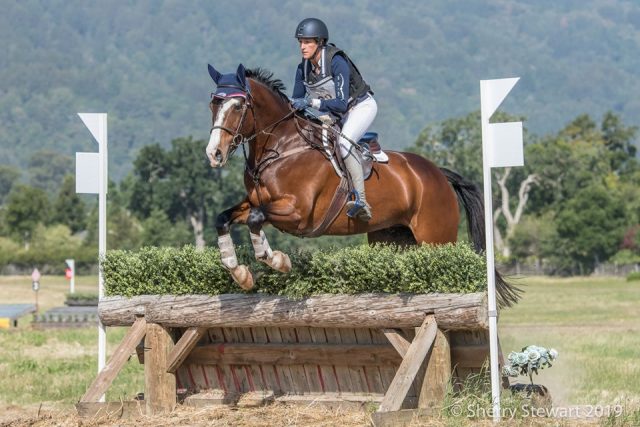 Lauren Burnell’s Penhill Celtic is still new to the U.S. with only two competitors under his belt in California so far, but he seems to be getting the hang of it with Bec Braitling in the saddle. The 7-year-old Irish Sport Horse (Je T’aime Flamenco x Norway Maid) earned a 27.9 in the first phase and added nothing to it to finish on his dressage score.

“I love this Woodside event so much because it has so much atmosphere for show jumping, and for having it right after cross country when the horses are a bit tired — It’s a great place to get to know the horses well before going on to an FEI competition,” she said. 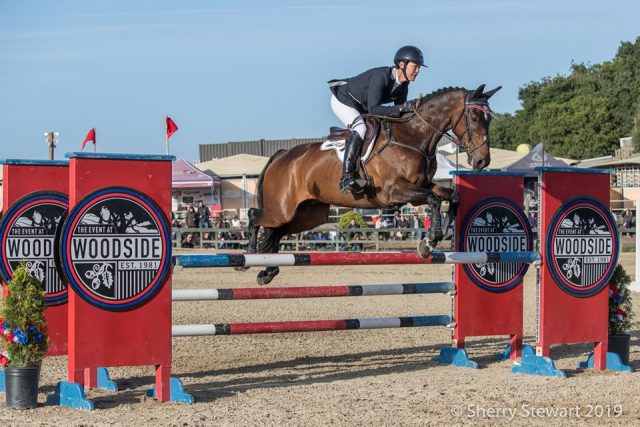 One unfortunate rail knocked morning leaders Tamie Smith and Elliot-V to second place on on a final score of 31.1. Amber Levine and Excellence were third on a score of 32.7. 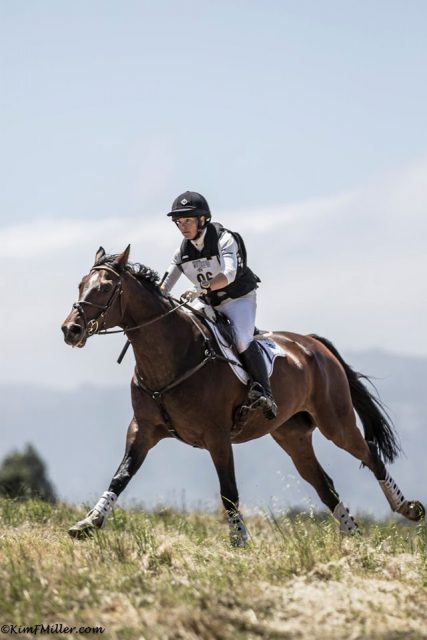 Sara Sellmer and PDQ Leigh’s partnership is new and flourishing. They did their very first event together last summer — The Preliminary at Rebecca Farm — and this weekend’s competition at Woodside is their first Advanced.  Jil Walton’s 9-year-old Hanoverian (Quite Easy x Ennie) took over the lead of the division after a faultless cross country trip inside the time to remain on a score of 33.8.

Kerry Groot and Borasco were the only other pair to go double clear, and they’re now fourth (40.5). Dressage leader Frankie Theriot Stutes gave Chatwin an easy, confident run before their five star debut at Luhmühlen  in a few weeks time. They added 14.4 time penalties for fifth place on a score of 41.7. 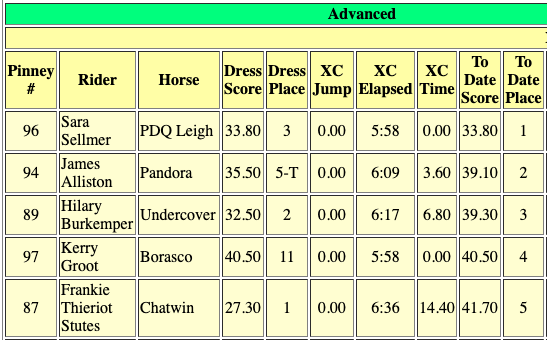