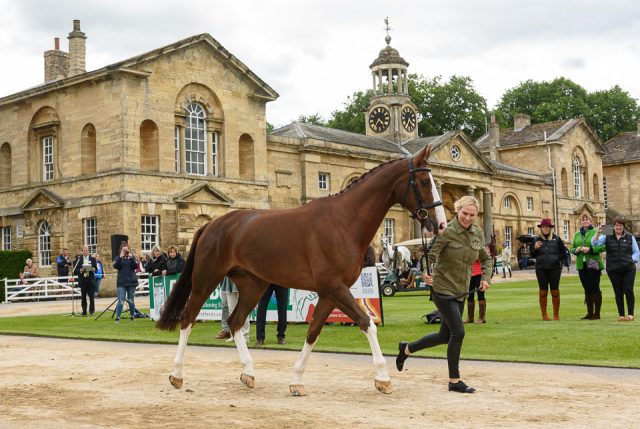 From rugged Ireland, with its jolly ginger men (plentiful) and pots of gold (less so), Team EN heads in wildly different directions this week. Your loyal British correspondent (that’s me!) heads to the Equi-Trek Bramham International Horse Trials, set in sumptuous Yorkshire, a locale with slightly fewer tired stereotypes, but perhaps a few more beetle-browed men slamming their heads into trees and shouting “Cathy!” Jenni, for her part, is en route to Bromont – because you can never have too many ‘B’ events – where she is, presumably, going to become a mountie, or a piece of Mounty Bounty, or something. 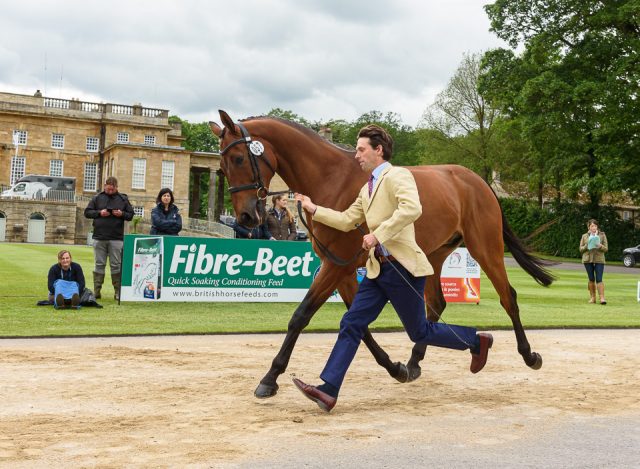 Last year, I made the grievous error of trusting southern England’s balmy temperatures to follow me north, and by the time I parked up in front of Bramham’s impressive 18th century Palladian manor house, my shorts-clad thighs had turned a few blotchy shades of purple, and I was wearing every piece of clothing I could easily grab whilst traversing a motorway on my upper half. This year, I wasn’t going to be caught out. This year, I was going to be warm and smug, stationed at the end of the jog strip behind the absolutely colossal lens I cart around to these sorts of things like the pack-mule I am.

Except I wasn’t. The M1 – that gloriously inglorious strip of motorway that bisects approximately THE ENTIRE CONTINENT with nary a Starbucks to break up the skyline – decided that today was the day to send some of its constituent roadgoers pinging over the grass verges, and so I found myself stuck, my car in park and a truly grim audiobook on the go, for what felt like half my life. By the time I rolled into Bramham, red-faced and bearing an R-rating for prolonged and almost incomprehensible profanity, the whole sodding thing had finished. And so I come bearing a consolation prize, which is probably better than what I could have offered you anyway – a smattering of images from Actual Professional Photographer Nico Morgan. Thanks, Nico. I’ll show you the best head-slamming tree later. 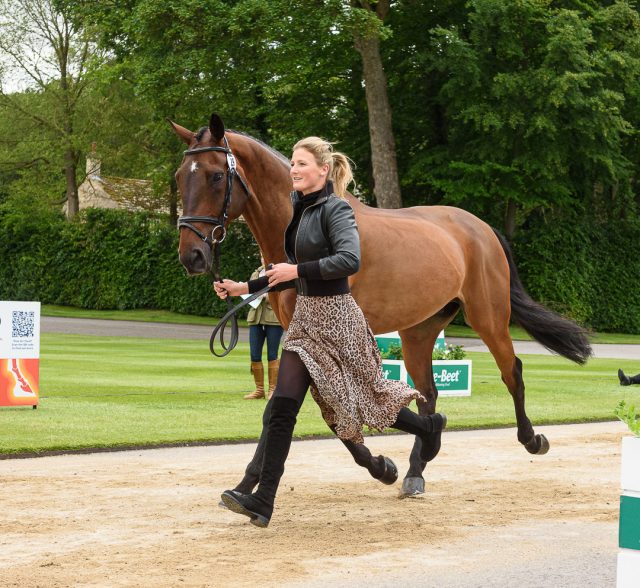 Gaby Vaughan and Cufflink present for the CCI4*-L. Photo by Nico Morgan Media.

First, though, the actual news. 77 horses came forward to present for the Equi-Trek CCI4*-L, down one after Britain’s Alex Whewall didn’t present Ellfield Voyager. Two of them were sent to the hold box, and both were subsequently withdrawn without presenting a second time – those were Alex Postolowsky and Richard Skelt, both representing Great Britain, with Howick Freedom and Man Hunt, respectively. 75 horses will proceed to dressage, which begins tomorrow at 9.00 a.m. BST/4.00 a.m. EST, and six flags will be represented: Great Britain, France, New Zealand, Sweden, Ireland, and Zimbabwe each have riders in the class.

27 horses were presented for the British Horse Feeds CCILu25-4*, which serves as the Under-25 National Championship. Again, two horses were held – but while Indie Vaughan-Jones‘ Quob Dynamic was passed upon re-presentation, Rebelle de Neuville, the ride of France’s Thomas Piejos was spun. 26 horse-and-rider combinations representing four nations – Great Britain, France, Ireland, and the Netherlands – will continue forth to the competition proper, which commences tomorrow at 2.37 p.m. BST/9.37 a.m. EST.

We’ll also be keeping an eye on the Land Rover CCI4*-S, which is chock-full of fantastic horses and riders. Most excitingly, we’ll get our first look at the brand-new partnership of Ryuzo Kitajima, one of Japan’s rising stars, and Cekatinka, the incredibly talented mare with whom Tim Price contested last year’s World Equestrian Games. The stars and stripes are also represented in this class: Lexi Scovil, who has been based with William Fox-Pitt this spring, rides her Chico’s Man VDF Z, while Tamie Smith reroutes Wembley III here after a Badminton that didn’t quite go to plan. 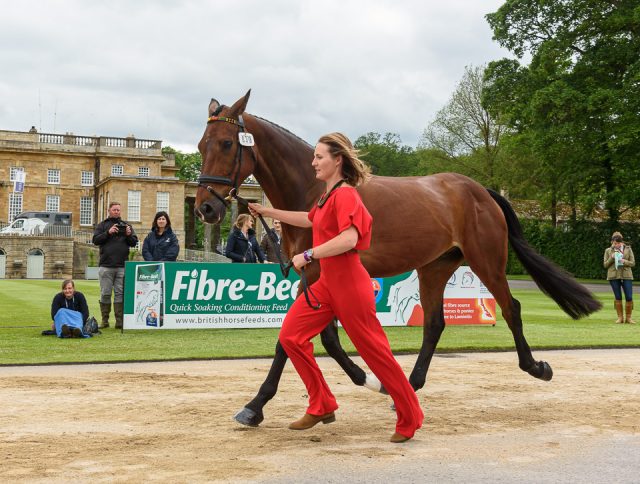 The best-dressed competition was judged by representatives from Hiho Silver and Land Rover, as well as Bramham’s owner, Rachel Lane Fox. The ladies’ prize was awarded to Zimbabwe’s Camilla Kruger, who rides her Rio mount Biarritz II in the CCI4*-L, while Richard Coney scooped the gents’ honours. He’ll be piloting Kananaskis, the horse with whom he made his Nations Cup debut two weeks ago, in the CCI4*-L for under-25s. 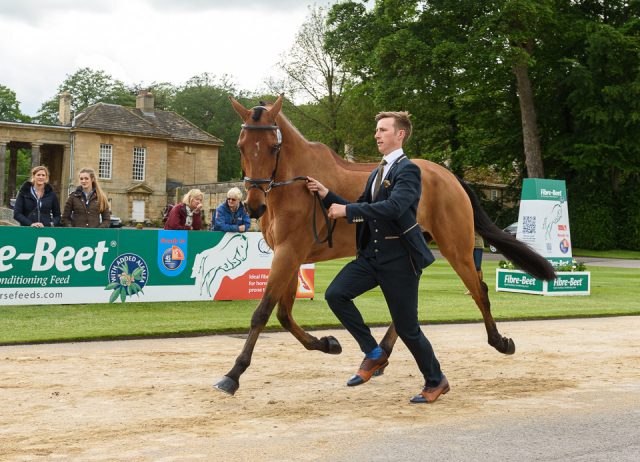 Can’t make the trip north of the Wall? No matter – this year, Bramham will be live-streaming all three classes’ cross-country phases for free through their website. (You might want to set your Saturday plans aside, mind – the action begins at 9.30 a.m. BST/4.30 a.m. EST and continues until 6.00 p.m. BST/1.00 p.m. EST.)