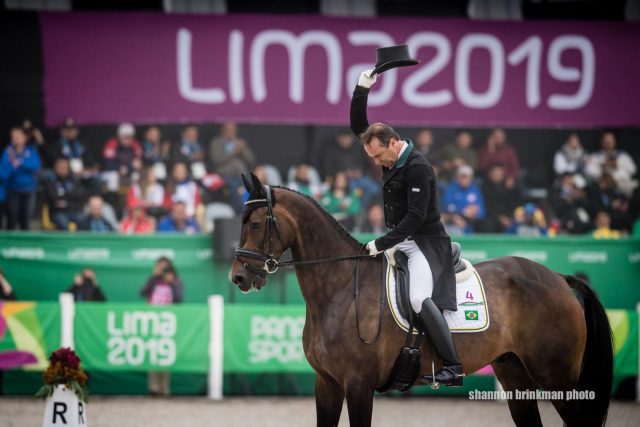 And so it begins! The Brazilian team is the first to be named for this year’s World Championships, which will be held from September 13–19 in Pratoni del Vivaro, southwest of Rome. Due to their relative shortage of horses and riders in this championship cycle, their team announcement was dependant on their final combination – Marcio Carvalho Jorge and Kilcoltrim Kit Kat – gaining the required MER, which they accomplished in this weekend’s CCI4*-S at Burgham. Though we expect to see some further announcements over the next couple of weeks, teams will have until September 5th to make their final entries and reveal their teams.

The team is made up of the following riders and horses:

There’s considerable championship experience among the four named combinations: Carlos and Goliath represented Brazil at the Tokyo Olympics and also competed in Pratoni’s test event in May, and Marcelo and Glenfly were part of the team at Tokyo in 2021 and at the World Equestrian Games in Tryon in 2018. Ruy and Ballypatrick SRS were part of the Brazilian team at the 2019 Pan American Games, when the horse was just eight, while Kilcoltrim Kit Kat, who joined Marcio’s string just this season, has had no previous championship experience but has completed several four-stars.