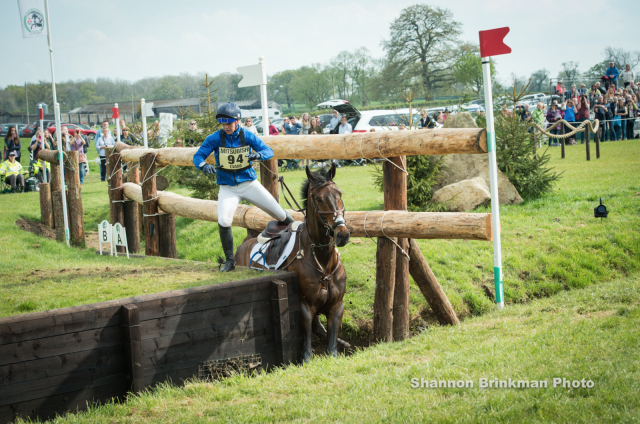 Fence 21, the Vicarage Vee, was the big, bad wolf of Badminton 2016. A tall, solid rail spread diagonally across a yawning ditch, the iconic fence requires absolute bravery and accuracy in equal measure — and it leaves zero room for error.

Get there a little long or a little short, with a bit too much or not quite enough or not quite on your line, and things can go south, literally, in the blink of an eye.

I sat next to the Vee for two or three hours at this year’s event, running a remote camera for photographer Shannon Brinkman. She had it nestled down in the ditch and with the push of a button we were able to capture the horses jumping the fence, or otherwise, frame by frame. 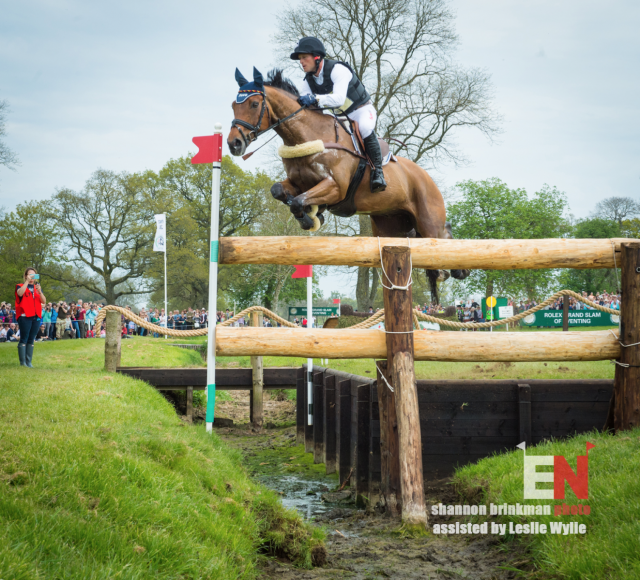 The Vee is no new Badminton development. Horses and riders have been testing themselves against variations on its theme for decades. When I spoke with Mark Todd, the four-time Badminton winner who has probably been over it more times than anybody, his take was that the Vee is just the Vee: you either ride it right and get over it, or you end up in the ditch. Period.

At least at this year’s event there was a very reasonable option, an open ditch with a loop back to a skinny ditch-and-rail, which several riders took after noting the trouble it was causing. Even better, it was flagged as such that if a rider came around the turn and saw immediately that they were going to get there on a half-stride they had enough time to change their plan.

Nonetheless, the Vee proved to be one of the most influential obstacles on the course. In total, seven pairs had falls there — three falls of rider and four horse falls — and there were seven refusals. Several more got away by the seat of their pants. The U.S.’s Boyd Martin and Cracker Jack’s otherwise fantastic day came to an early end at the fence, while Buck Davidson and Libby Head both took the long route.

The falls I witnessed were all quite dramatic and crashing but remarkably resulted in no serious injuries, save a few broken hearts and bruised egos. Its forgiveness is owed in large part to the slope of the landing, reminiscent of something you might see out in the hunt field.

(Although, when we walked the course with fearless British foxhunter Lady Martha Sitwell, she seemed relatively “nonplussed” by most of the obstacles but finally broke character when we got to the Vee. “This is a typical example of eventers showing off,” she laughed. “Why would anyone want to do this? This is insane!”) 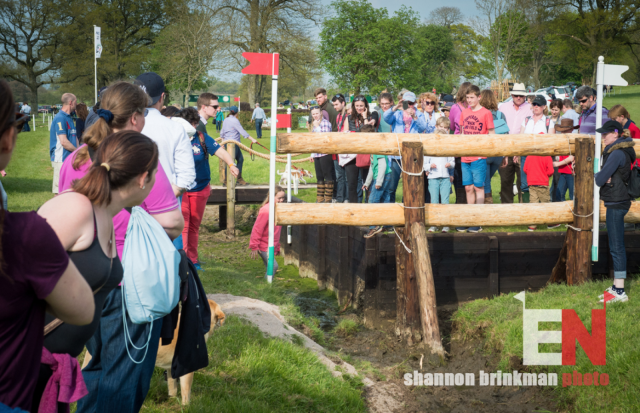 Spectators gawking at the troublesome Vee at the end of the day. Photo by Shannon Brinkman.

Off all the Vee mishaps this year, 24-year-old British eventer Dani Evans’ fall with Raphael II generated the most buzz, although the word “fall” doesn’t seem quite accurate as she managed to stick her landing quite well.

Dani, who was contesting her second Badminton this weekend on two horses, had mixed fortunes at the Vee. She made short work of the direct route with her first horse, Smart Time, but came to grief later in the day on Raphael II, on whom she was tied for sixth after dressage. Note: Both horse and rider walked away without injury, and Dani went on to complete show jumping on Smart Time the next today.

CLICK the image if the GIF doesn’t play for you

A frame-by-frame breakdown from Shannon Brinkman: 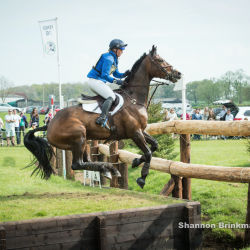 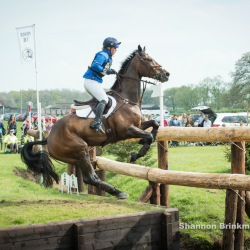 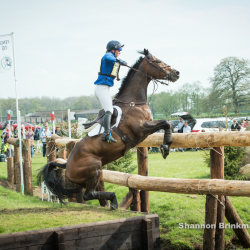 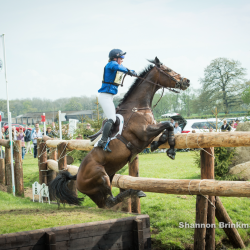 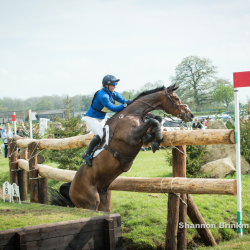 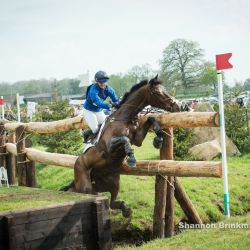 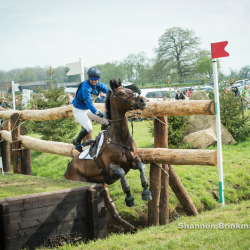 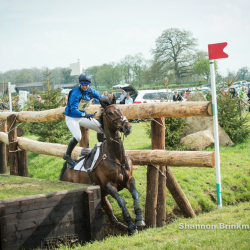 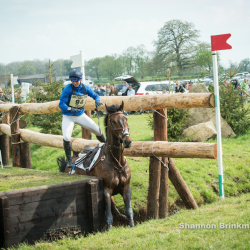 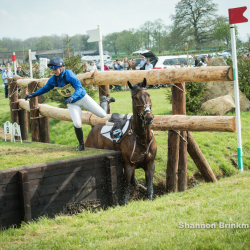 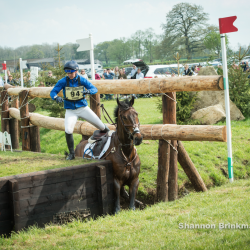 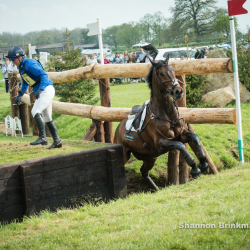 Dani kindly shared with us an explanation of what happened:

The importance of instinct, the body’s capacity to react even before the mind comprehends what is going on, is a virtue in this sport and an absolute requirement at this level of competition.

While Dani admits that she wishes she’d done things differently on the approach, the way she reacts in the split-second to follow is nothing short of impressive. 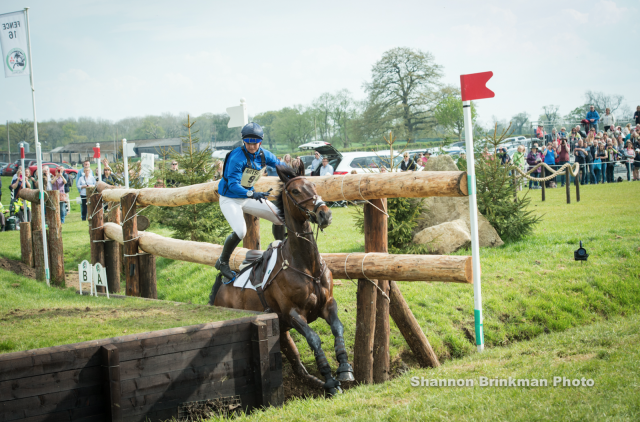 Best of luck to Dani — we look forward to watching this young rider and Raphael get their “Vee for Vendetta” revenge next year!