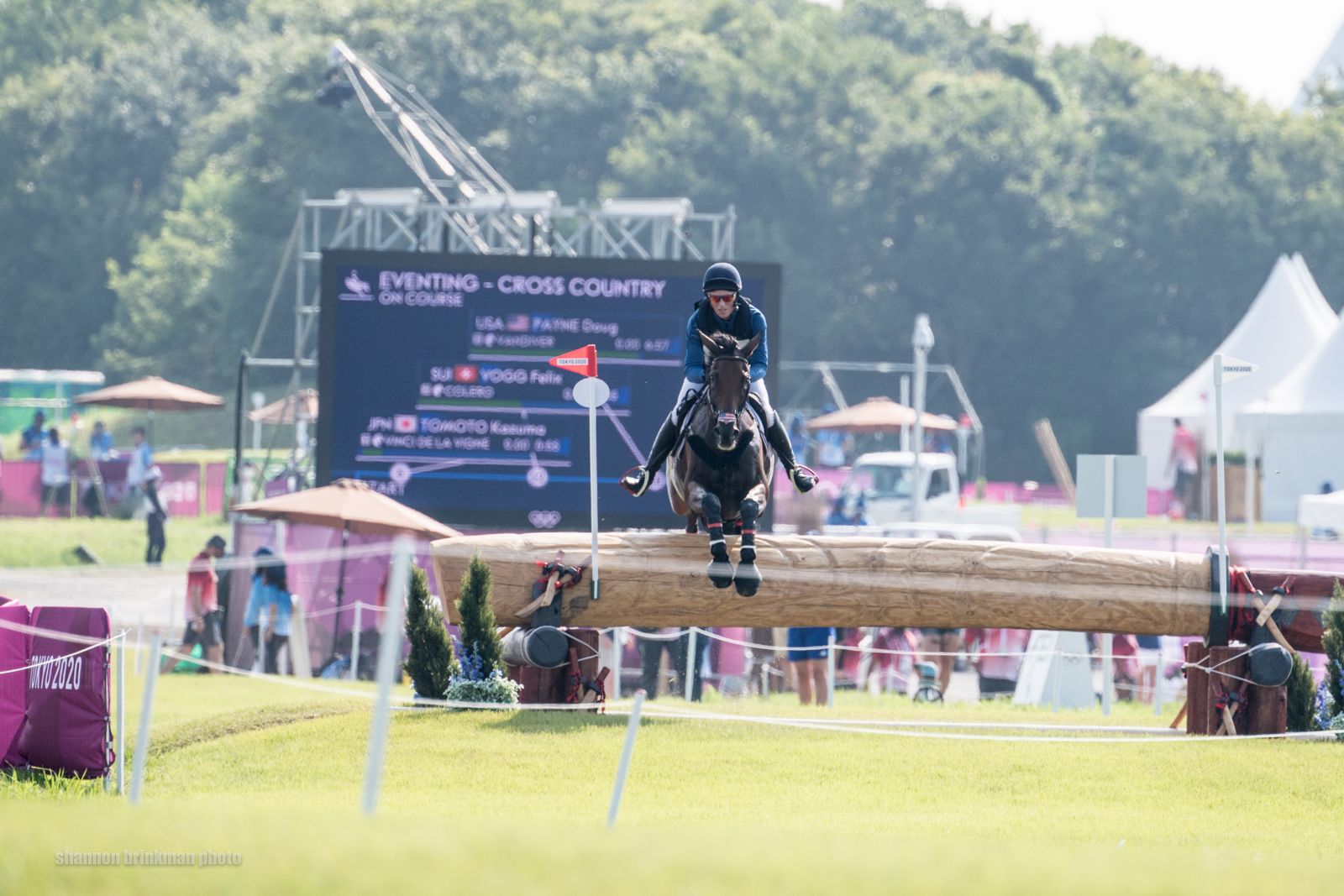 The horses are back and well-settled into their vacations, the riders are back on U.S. soil, and suddenly we’re nearly three weeks removed from the Tokyo Olympics. Team USA, consisting of Doug Payne and Vandiver, Phillip Dutton and Z and Boyd Martin and Tsetserleg (with Tamie Smith and Mai Baum as reserves), left a few marks on the table in the dressage to place them in early eighth as a team. Three clear cross country rounds would inch the team closer, within sight of the podium if the rails stayed up on Monday. Ultimately, a sprinkling of downed poles on the final day coupled with the tenacious competition from the other teams would see the podium elude the U.S. once more. Team USA finished in sixth overall at the end of the Games. The U.S. last earned a team medal (bronze) at the 2004 Games in Athens. Phillip Dutton earned individual bronze in 2016.

USEF Eventing High Performance Director Erik Duvander says he felt the preparation and lead-up to Tokyo were strong. Nonetheless, as he puts it, “we didn’t really hit the home run” of finishing on the podium. It’s fuel he’ll be using as he continues marching ahead for the upcoming 2022 FEI World Eventing Championships in Italy as well as the 2024 Olympic Games in Paris, and he took some time to download a few reflections from his first Games as leader of Team USA’s eventing effort.

Erik is, of course, no stranger to Olympic competition himself, having competed for Sweden in the 1992 Olympics as well as coached team New Zealand to a fourth place finish in Rio de Janeiro in 2016.

But the task of getting a team to Tokyo wouldn’t exactly be “normal” or “as expected”, as the coronavirus pandemic swept the globe in 2020 and eventually prompted the postponement of the Games (and most competitions in the first 75% of the year). While competitions for eventers ramped back up in the U.S. later in the summer, the extra time proved to be a bit of a blessing and a curse.

“It hasn’t been ideal,” Erik said. “Due to Covid, we ended up running all the horses in November, which then gave us a short turnaround time for Kentucky. Then there was a short turnaround time between Kentucky and the long travel through Aachen to Tokyo. So I actually think with the scenario we had in place we managed it well. You’re always concerned about injuries, but in general, I think the program worked out and I do think the horses kept a bit of fitness from Tryon and Kentucky.”

Despite the finely-tuned and shrewdly-planned road to Tokyo, there were some tired horses on the final day of competition, from all nations. It was certainly a unique competition in many ways: the long travel with a pre-export quarantine, the days spent on site before competition began, and the conditions in Tokyo coupled with the addition of a second jump round for the top 25 individuals. In short: a lot of variables to try to prepare for, and a lot of exertion — both mental and physical — for the horses. 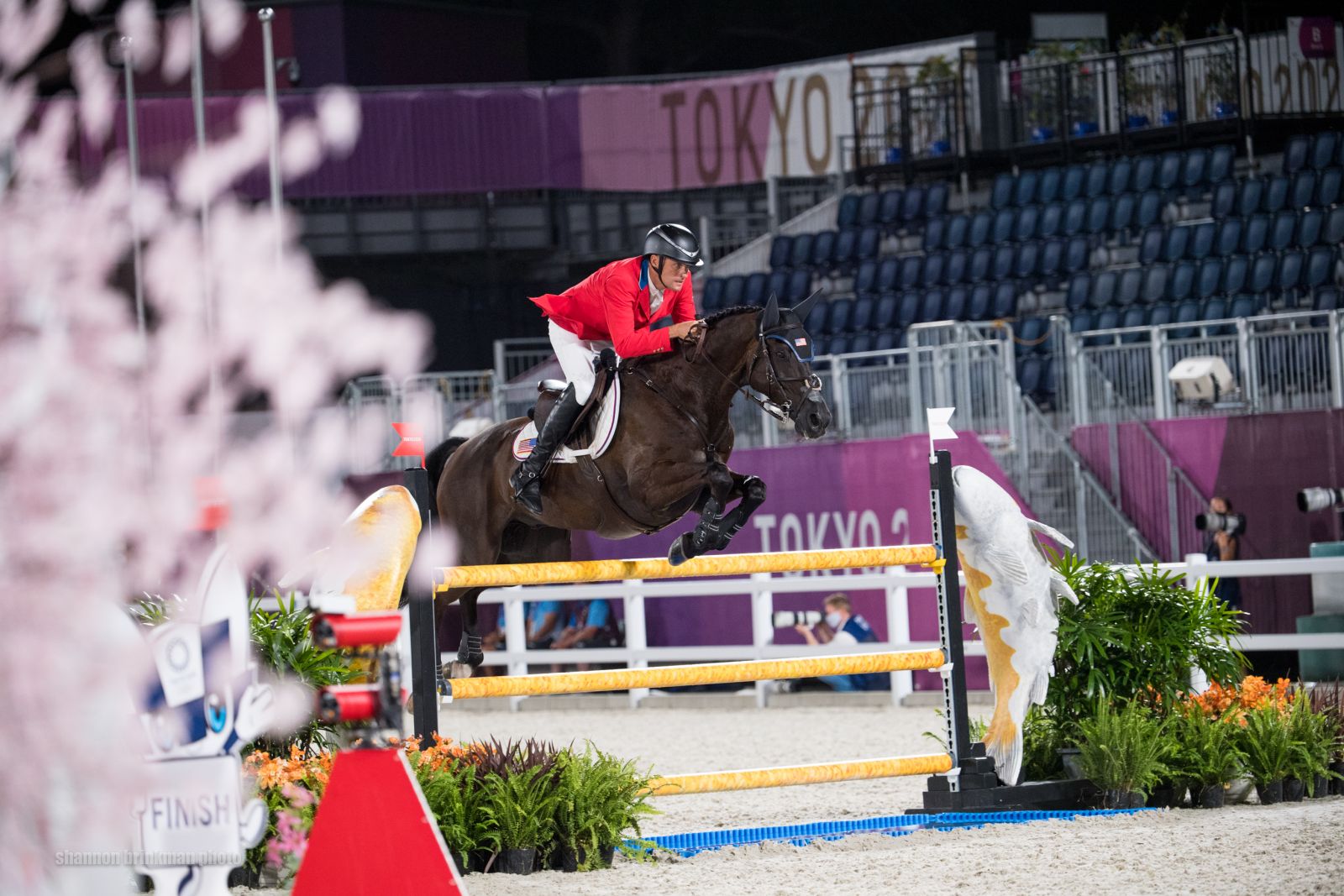 Erik, for his part, didn’t point to one particular factor as being the make it or break it point for the team, but rather a collective of all things. “A championship is tricky to win,” he elaborated. “You’ve got to nail every ride, and in reflection we didn’t manage to do the best of our ability this time. I think for a couple horses the wheels came off a bit in the dressage. And [in terms of the endurance on cross country] the riders rode extremely well and managed the horses well, but I thought if anyone would get [the time], one or two of ours might do it. We didn’t quite get close enough. The horses were tired in the end, there’s no doubt, but they were competitive to the very end. The same for the last day — the horses could have been a little worn out. It could be the long journey affecting them a little.”

“I always ask myself, ‘would I do anything different?’” he continued. “‘Did we get the prep right?’ And I still believe we did everything right with the horses. I think the horses were in a place where the team could have had slightly better results, so we didn’t really hit the home run.”

Not that Erik is sitting about making any excuses for not meeting the ultimate goal of a medal; he, however, remains pragmatic and, as always, optimistic about the process. He’s now got two championships with the U.S. under his belt, and he admits it’s taken him some time to fully grasp the inner workings of USEF High Performance. Looking at the big picture – Pratoni 2022, Paris 2024, World Championships in 2026 and, eventually, LA 2028, in particular – Erik hopes to utilize the system in place in a more effective way. Creating a sustainable ecosystem of high performance, team-caliber horses and riders requires more than getting one team right. Let’s explore some further takeaways from our conversation with Erik as we dive further into that big picture.

On the necessity for ‘the best horses in the world’

“One thing that stands out to me from spending time around the Swedish show jumping team is that I consistently heard them talk about how they knew they were sitting on the best horses in the world. And from being so much in Europe over the last 18 months, it becomes very obvious that we need to have the best quality horses. Some people have a natural eye for finding good horses, others don’t. And the way sporthorse breeding is going, the horses need to be very athletic and very bloody. I do agree, to some extent, that it’s not all about percentages, but the blood horse does tend to have the right engine, and they certainly need that to jump two jumping rounds. So this is something I’d like to be more involved in, and I think working closer with the horse owners’ group and improving our system of having horses coming up will be a goal.”

“You know, in cycling and other sports they have a pro team, where if you compete on the team you get things paid for and so forth. There’s the thought of ‘how do we make that happen?’ It’s always looking at what we can do that others aren’t doing. At one point, New Zealand riders were given grants so they could make their ends meet and have that top end time to focus. Our funding doesn’t allow for things like that, so that’s a lot of pressure on the financial side of things. We need to have ways for the riders to have that time to focus on their riding, and I think some owners would be willing to help more to see better results.” 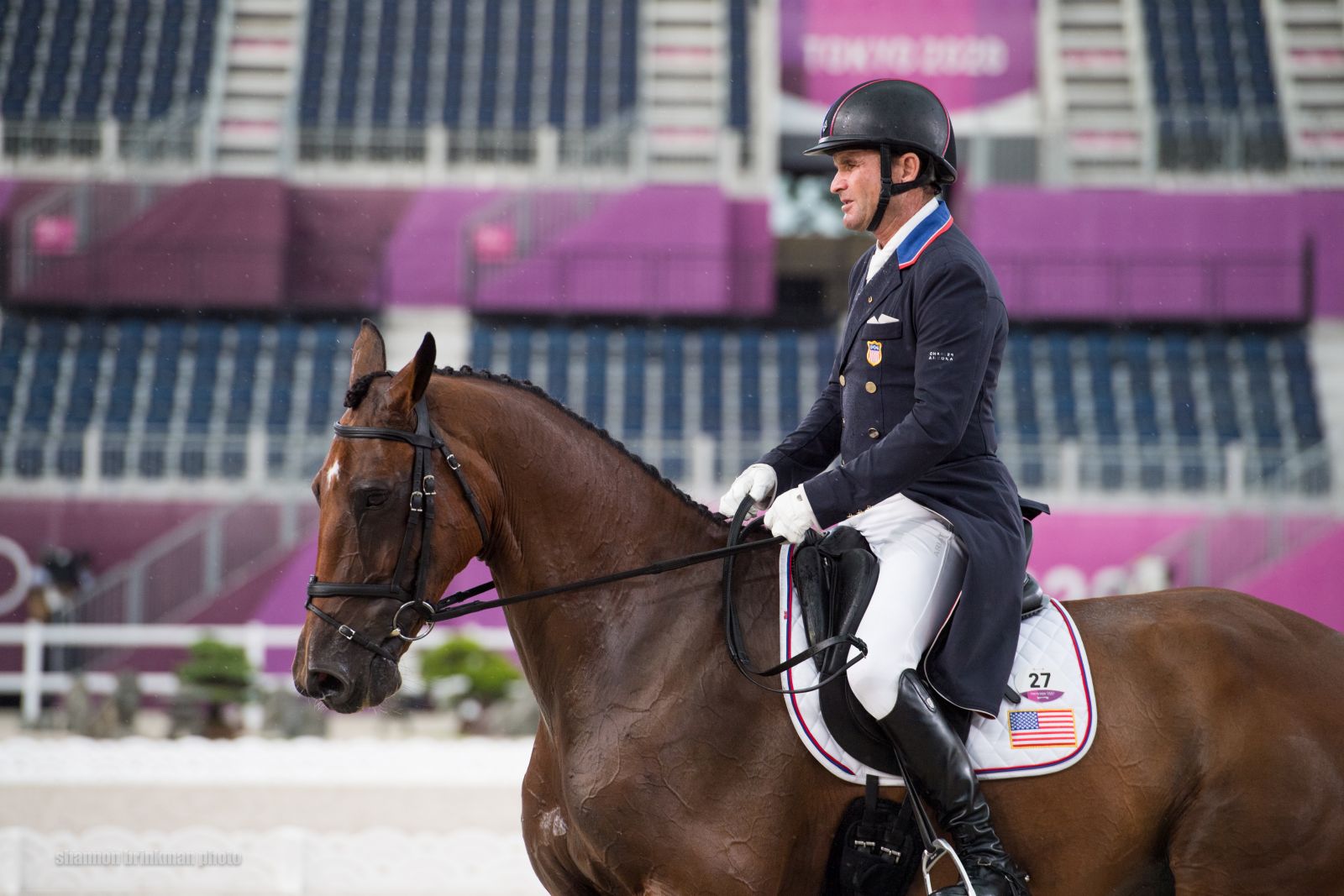 On the need to continue producing championship and team-caliber riders

“I’m super looking forward to the Aachen team. One of the things I’ve heard from some camps is that we’re spending too much money on riders who haven’t won at home. But what it is, really, is team experience. I did some analytics on the top 10 [individuals] at the Olympics and how many team events they’d been a part of. Most of them had 13 to 18 team events. So we’re low on team events, and I’m a believer that we need to invest more in that.

“It is giving these next riders the opportunity. You know those two — Boyd, Phillip with all their experience — are warriors. You need to have that right type of experience. I can rely on them and trust them in a team scenario, and we need to replicate these scenarios for that next generation. The door is wide open. I think we’ll establish a goal to have a team for Aachen and Boekelo [both FEI Nations Cup legs] each year as those are the two that really have that intense team feel.

“The Futures Challenge is also a part of the pathway that I speak of a lot. Many of the riders you’re seeing on the teams for the fall will have gone through the Futures Challenge, so they’re beginning to come through that system. I have full faith in who we’ve selected for Aachen and Boekelo [this list has not yet been announced].

Getting that team experience is always going to be difficult in this part of the world. But I’m all in for those opportunities.”