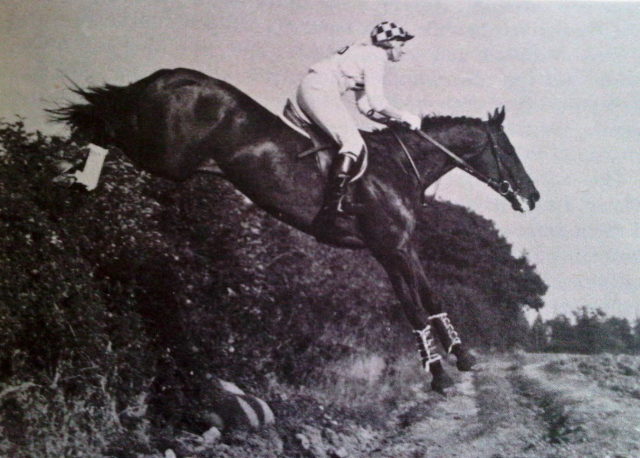 Sheila Willcox, from her book "The Event Horse."

Amanda Ronan tells the story of two women, one American and one British, who helped destroy the cliche that eventing was too tough a sport for the fairer sex.

Equestrian is often applauded for being one of only two Olympic events in which women and men compete directly against one another. But the playing field has not always been so level.

From the 1800s forward the highest echelons of eventing competition were only open to military officers in active-duty mounted on military horses, until 1924 when the sport opened to male civilians. But it would be decades still before women were allowed a foothold in the sport. Today we salute two of eventing’s most important female trailblazers: Lana du Pont Wright and Sheila Willcox.

Born in 1937, Sheila Willcox started out as many horse-crazy girls do, in Pony Club. She grew up to be a skilled horsewoman and by 1956 was the top lady rider in British eventing with her horse, High and Mighty. They finished second at Badminton that year and came back in 1957 to win the event. The pair went on to win both Team and Individual Gold medals at the 1957 European Championships. Her return to Badminton in 1958 clinched another win, this time leading from start to finish with a 22-point lead after dressage and a 47-point lead by the conclusion of the event! 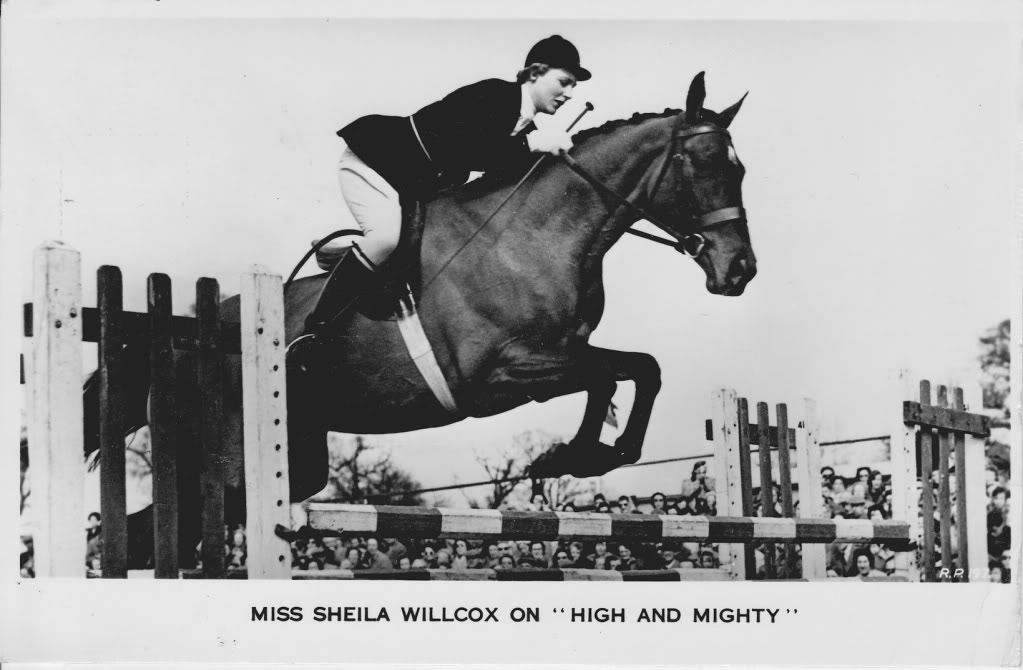 Sheila Willcox, from her book “The Event Horse.”

Sheila returned to Badminton again in 1959 to win, again, with her younger horse, Airs and Graces. She holds the record for the only person to win three consecutive Badminton titles.

Also in 1959, Sheila and High and Mighty added another Team Gold to their roster at the European Championships. Because women were not allowed to ride in the Olympics at that time, High and Mighty was sold to a male eventer, Ted Marsh, though he was never actually selected for the Games. Sheila competed at the highest levels of the sport through the 1960s. This video from Badminton in 1968 has some great footage of Sheila riding Fair and Square.

She continued to rack up titles until a bad fall at Tidworth Horse Trials in 1971 left her partially paralyzed. She switched to dressage where she won several Grand Prix titles with Son and Heir. She was also coach of Team Canada for the 1976 Montreal Games and 1975 Pan Am Games and wrote the first book about the sport of Eventing, “Three Days Running” (1958), followed by the “The Event Horse” (1973). 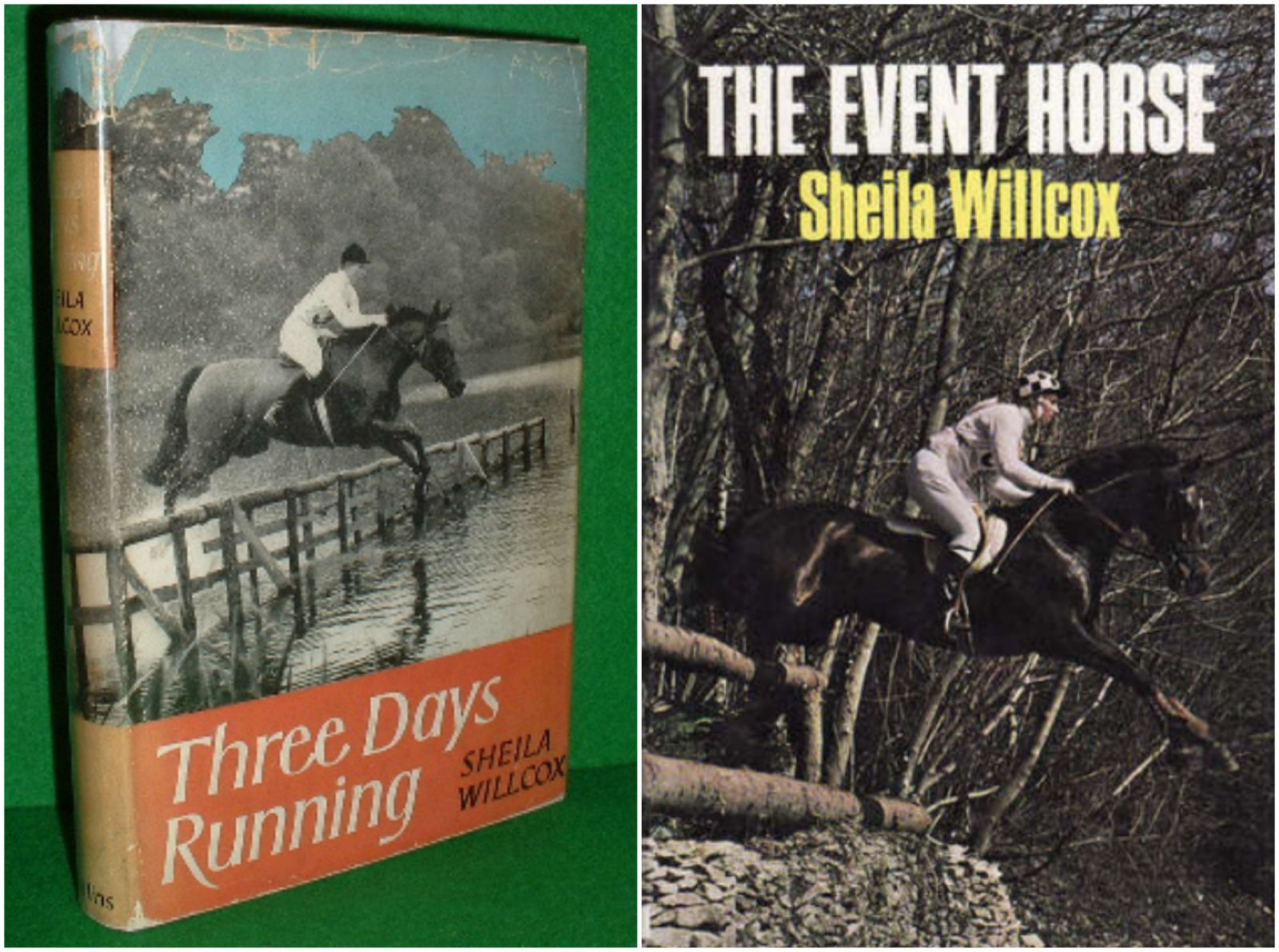 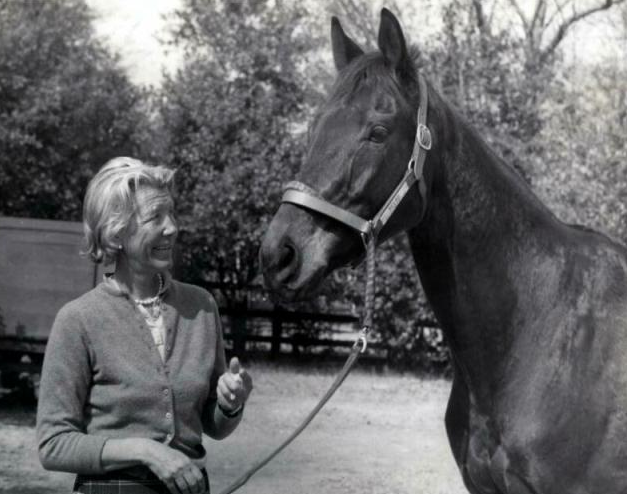 Allaire du Pont and Kelso via the Aiken Thoroughbred Racing Hall of Fame.

Lana and her horse, Mr. Wister out of Occupy, make an appearance late in this 1961 Badminton video:

The pair was selected for the 1964 Tokyo Olympic Games where she helped clinch a Team Silver for the United States. 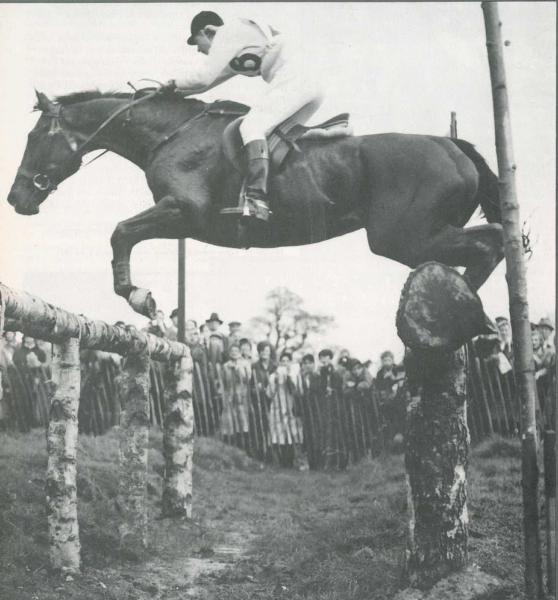 The cross-country course was slick and treacherous but Lana made it around, barely, enduring a couple of falls along the way. In the “U.S. Equestrian Team Book of Riding,” she writes, “We fell hard, Wister breaking several bones in his jaw. We were badly disheveled and shaken, but Wister was nonetheless eager to continue. We fell a second time near the end of the course, tripping over another spread. When we finished, we were a collection of bruises, broken bones and mud. Anyway, we proved that a woman could get around an Olympic cross-country course, and nobody could have said that we looked feminine at the finish.”

A true Renaissance woman, Lana also competed heavily in endurance and combined driving. Greystone Sir Rockwell “Rocky” was a Connemara-cross whose Thoroughbred dam shared bloodlines with Lana’s 1964 Olympic mount, Mr. Wister. Rocky helped her medal at the World Driving Championships in 1991. She was also one of the founding members of the United States Combined Training Association (now USEA).

To The Women of Eventing – May As Well Event

[…] Breaking the Glass Ceiling: The First Ladies of Eventing […]