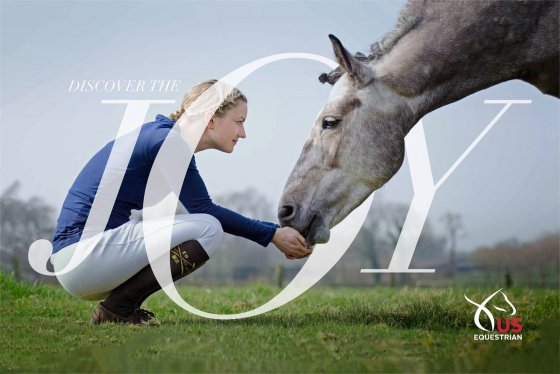 This weekend US Equestrian wrapped up its 2018 Annual Meeting in Lexington, Kentucky. Under the theme, “Bringing Joy, Embracing Change,” this organization brought nearly 30 breed and discipline groups together under one commonality: a love for horses. The atmosphere was optimistic throughout the weekend as accomplishments were celebrated and new goals were set for the coming year.

One year ago, USEF unveiled its new identity as US Equestrian along with a radical new plan to, “bring the joy of horse sports to as many people as possible,” and according to them — it’s working.

US Equestrian has seen a 28% increase in membership to bring the total member count to 105,000, with 27,000 of those holding a new fan membership.

Looking forward to 2018, US Equestrian has pledged to continue to improve member benefits with more perks and discounts as well as better member communication.

“You gave us a $750,000 investment last year to get started,” said US Equestrian President Murray Kessler. “That means by the end of 2018 we will have delivered a 500% return, but we’ll have that benefit every year going forward because we’ll be at a new level. That’s huge.”

The Moderated Forums explored the many topics including the SafeSport Initiative and a proposed coach register.

The SafeSport Initiative is a tool for equestrians to educate themselves on recognize and reduce abuse in our sport. US Equestrian also noted that they will refer any claims of sexual misconduct to the U.S. Center for SafeSport, a nonprofit organization which serves the 47 U.S. Olympic National Governing Bodies. US Equestrian retains jurisdiction over other non-sexual misconduct reports.

Many disciplines have their own instructor certification programs, but there has been a call to create a central coaching register within US Equestrian that carries across disciplines. To be included, coaches would need to undergo concussion and basic first-aid training, SafeSport training and background checks. US Equestrian’s Director of Sport Programs, Will Connell, who is leading the charge for this cause, stressed that this registry would not replace existing discipline registry, like the USEA’s Instructors’ Certification Program (ICP), but instead would link multiple sports together.

Though there were no eventers picking up year-end awards this year, we are proud to celebrate the achievements of many talented equestrians, including McLain Ward who earned the Robert P. Strub Trophy as the 2017 USEF Equestrian of the Year during the Pegasus Awards.

McLain enjoyed huge successes last year with wins in the $380,000 Suncast Grand Prix CSI5* at WEF and the FEI World Cup™ Jumping Final in Omaha, Nebraska with Double H Farm and François Mathy’s HH Azur, who additionally was titled International Horse of the Year. The 11-year-old Belgian Warmblood impressively did not pick up a single fault in team competition last year.

To watch more videos from the 2017 Annual Meeting, click here.

US Equestrian opened an Affiliate Roundtable discussion to collaborate ideas and open communication between all 29 of USEF’s breed and discipline affiliates. membership growth was a hot topic, and discussion was lively as affiliates brainstormed ways to grow membership across disciplines. Their are plans in place to explore more marketing opportunities especially with the FEI World Equestrian Games approaching.

US Equestrian named Rebecca Farm as the host for the Eventing Adequan® FEI North American Junior and Young Rider Championships, presented by Gotham North in both 2018 and 2019, pending FEI approval. The Championships will coincide with The Event at Rebecca Farm July 18-22, 2018.

Collegiate programs also got their moment for discussion on Friday. United States Eventing Association (USEA) as well other collegiate and scholastic organizations met Friday to discuss ways to retain riders at ages 18-24 where membership usually dips for all disciplines.

To additionally solve the issue of a dwindling number of licensed officials, USEA CEO Rob Burk also suggested proposing a curriculum  for college equine studies programs where students could work toward their judging/officiating/designing requirements while in school.