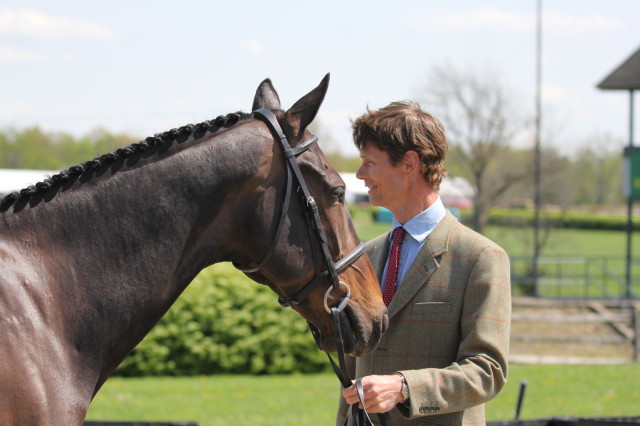 William Fox-Pitt and Bay My Hero at Rolex 2015. Photo by Rare Air Photography.

As the 2015 Longines FEI European Eventing Championships will be held at Blair Castle this September, the British team is permitted to have 12 combinations compete instead of the six allowed for the guest nations.

To that end, Team GBR has named a powerful squad for the Championships, with the team of four to be named at a later date.

The British squad is as follows:

Pippa Funnell MBE (46) from Dorking, Surrey with Mrs Jennifer A Nolan, Miss Ruth McMullen and her own Sandman 7

Five of the squad riders will be representing Great Britain for the first time at the Europeans: Dani Evans, Flora Harris, Gemma Tattersall, Francis Whittington and Holly Woodhead.

Six reserves have also been named in the order in which they would be called up:

Tom Jackson (22) from Kent, with Mr Ian & Mrs Sara Jackson and his own Waltham Fiddlers Find

Tina Cook (44) from Worthing, West Sussex with Mr Jim Chromiak and her own De Nevo News

Sarah Bullimore (42) from Keysoe, Bedfordshire with Mr Brett Bullimore and her own Lilly Corinne

Fifteen additional horses and riders have also been entered as reserves; click here to see that full list.

We’re thrilled to have Samantha Clark heading across the pond to bring coverage of the Europeans to EN readers, as it’s set to be an exciting weekend of competition at Blair Castle. In case you had any doubts, check out this great video: