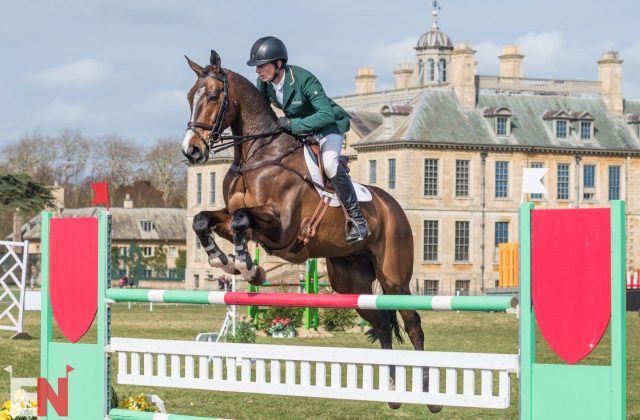 The British international season was set to begin with new fixture Thoresby Park, the intended replacement for Belton, pictured. Photo by Tilly Berendt.

The British eventing season has taken an early hit to its calendar after today’s announcement that the Eventing Spring Carnival at Thoresby, Notts., the intended opener for the year’s international roster, has been cancelled amid uncertainty around pandemic regulations.

Intended to run from April 1–3, the Carnival was set to host national classes from Novice to Advanced and international short-format sections from CCI2*-S to CCI4*-S. Its 2021 iteration was its second attempt to run as a new event on the calendar, and its second thwarting at the hands of COVID-19.

Stuart Buntine and his team at BEDE Events were forced to make the tough decision for the second year running as it became clear that there would be no immediate easing to Britain’s current lockdown, which will remain in place until at least March 8 but is expected to continue on beyond that date.

Though the fledgling fixture, which was intended to replace the much-loved Belton International after its last renewal in 2019, hasn’t yet had a chance to settle into its role as season opener, it was used as the host for 2020’s autumn British Young Horse Championships. Ordinarily hosted at nearby Osberton, the Championships gave riders and sport stakeholders the chance to see the venue’s enormous potential as an eventing hub.

“Thoresby Park is a fantastic venue and we were very relieved when we were able to re-route the autumn Osberton International Horse Trials [here],” said Buntine in a statement released this morning [January 29]. “We ran what quickly became known as ‘Thoresberton’ to much praise from riders, owners and sponsors thanks to the efforts of Thoresby Park’s Gregor Pierrepont and the team.” 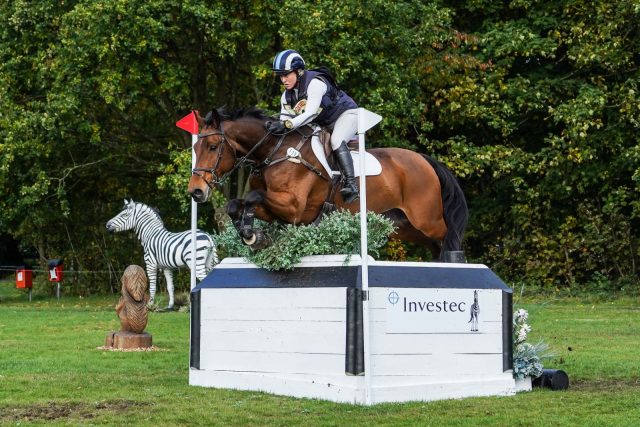 Thoresby’s much-anticipated season opener will be shelved once again until 2022. Photo by Hannah Cole Photography for BEDE Events.

Stringent stay-at-home orders meant that the BEDE team’s preparation period was drastically reduced in the lead-up to the event, which would have served as a crucial run on the road to Badminton for many horses and riders.

“In order to run The Eventing Spring Carnival in April, work needed to start in early February, which has meant we have had to make the difficult decision to cancel this year’s event and plan towards a bigger and better 2022,” Buntine continued. “As ever at BEDE Events we are a positive team and are sure our busy calendar of fixtures will get underway before we know it, but in order for riders to plan their season we felt they needed to be kept in the loop.”

Buntine praised the support of the team at Thoresby Park and lamented the necessity of such a tough decision: “It is very sad for Gregor and the team at Thoresby Park as they have been a brilliant support and this is the second year that the virus has led to cancellation of the spring event, but let’s hope 2022 is third time lucky. Of course, we are very aware that whilst the sport is central to our lives and those of our competitors, it is vital that we support the efforts to rid the country of this pandemic.” 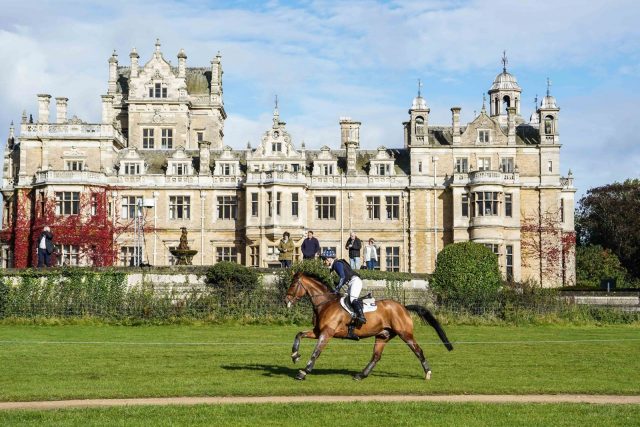 The striking backdrop of Thoresby House made its debut as the one-off home of the British Young Horse Championships in 2020. Photo by Hannah Cole Photography for BEDE Events.

“Over the last two years we’ve done everything that could be done to make the inaugural Eventing Spring Carnival at Thoresby Park the best it can be, and we remain determined it will launch in 2022 with a bang,” he said. “The autumn event at Thoresby really showcased our strengths as a venue, with massive potential to put on a truly international event. We are determined to get there and look forward to welcoming everyone as soon as we can.”

The BEDE team is in ongoing communication with British Eventing to find a suitable new date for their Oasby Horse Trials, which ordinarily runs on the second weekend of the season but was cancelled when the organisation pushed 2021’s start date to March 26. Oasby, which hosts classes from BE90 to Intermediate, is an early and comprehensive season opener for riders across the levels – and one that would be a significant boon for those with major international aims in the formative part of 2021.

Just one international remains on the British calendar prior to Badminton in early May: competitors will set their sights en masse on Norfolk’s Burnham Market International, which runs April 16-18.