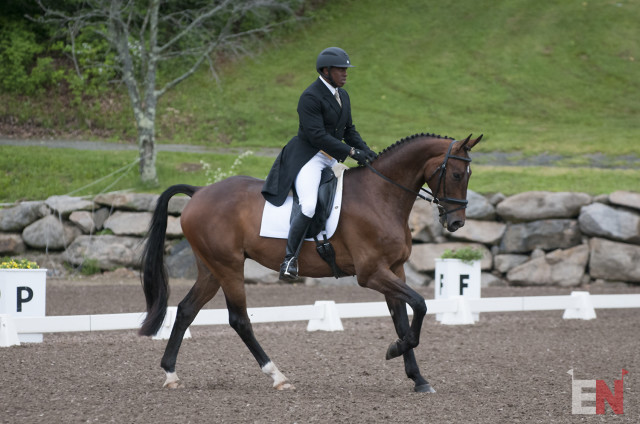 William Randall Ward, better known in the eventing community as Randy, is a longtime trainer, competitor and coach in the New England eventing scene, and this weekend he is competing two mounts at Bromont: Grando, a 7-year-old import from Ireland doing his first CCI2*, and Chico’s Dream Boy, a 6-year-old German import in the CCI*.

Randy and Grando are having a notably strong spring, most recently winning the Open Intermediate division at Fair Hill in May, and coming in fourth out of 89 starters in the Ocala Horse Properties International CCI* in April. (Chico’s Dream Boy was also successful at Ocala in the same division, coming in eighth.)

Born and raised in Revere Massachusetts and currently based out of New Milford, Connecticut, he’s spent his lifetime cultivating his abilities as a rider and trainer, and was brought up in the business by horse-savvy parents. About twenty years ago, Randy became connected to the Davidson family with Bruce as his mentor and Buck as a peer. Buck and Randy remained close friends into adulthood and have watched each other grow and thrive as professionals.

“Buck is a great teacher and a good friend,” Randy tells EN’s Leslie Threlkeld. “It’s always nice when your best friend is an excellent rider and, you know, his dad is pretty good, too! It’s a huge advantage having two people like that in your corner.” 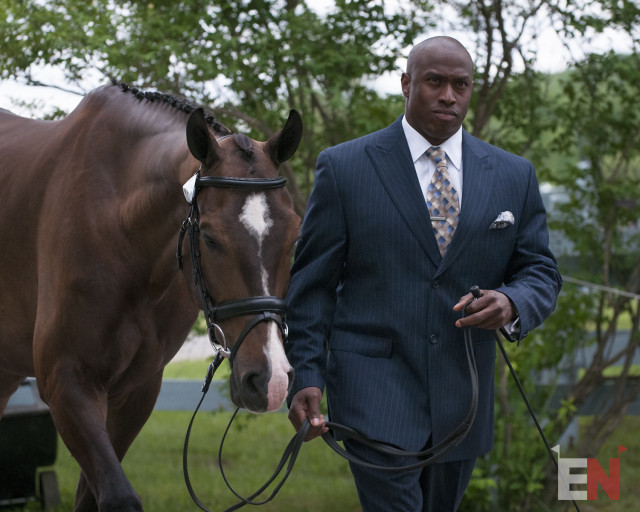 Randy has since built a successful business of his own, training horses, teaching, and competing. At one point, he also put his abilities to use for Hollywood as an equestrian stunt double in the movie “300”.

“It actually happened up here! I was here riding at Bromont, and Buck and myself stayed with a friend of Peter Barry’s who was nice enough to let us stay there and that woman was contacted by Warner Brothers for a movie because she had Friesians.

“She just happened to ask him ‘who’s going to ride my horses?’ The gentleman who was the actor was a tall man, dark complexion, and they told her they were going to use a five-foot Brazilian guy that looked nothing like him! So she said to them ‘well I know a guy who actually is black and who rides fairly well and competes,’ and that’s when they contacted me. I’ll never forget when she told me. I thought she was playing a joke on me!”

Randy was on set for the better part of two weeks, from 5 a.m. to around 8 p.m. each night. He says it was incredibly hard work, but that he would do it again in a heartbeat.

When asked what he thought of the Friesians, Randy said, “The horses had really really good attitudes. The main horse I used, I did get a little attached. It’s really just like us (in eventing), when you’re working with them that long and that many hours, you just appreciate when they have a good attitude and they’re willing to deal with everything.”

The “everything” in this case referred to elaborate costuming, repeated tandem jumping efforts, rearing on cue and at the right mark, and running past flapping green screens on set.

Like most upper-level riders, Randy has goals to compete at the top echelon of the sport and represent the U.S. on a team someday, but also takes true pleasure in the daily work and commitment that defines eventing.

“We’re all fighting for the same dream to make an Olympic team or a championship team; The greatest honor for any athlete is to represent your country. But look how many people around the world are trying to get those very few slots.

“Of course we all want to do that, but I think to come to these competitions and have that partnership with these horses is really the thing. I always say it’s amazing they let us do the things we do with them; they’re much bigger than us, much heavier than us,  and they allow us to just tell them what to do and they do it. And thank God for that!” 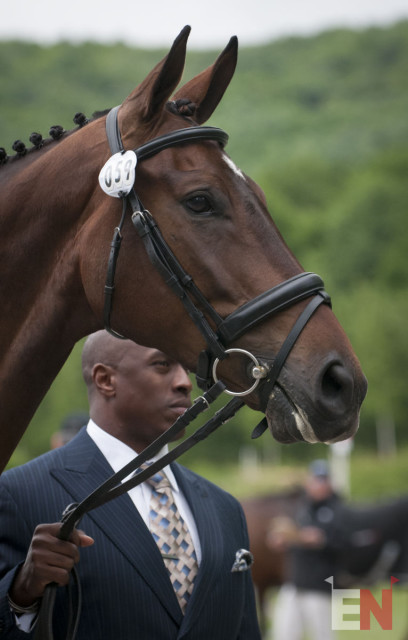 As one of the few African-American riders in the upper levels of eventing, Randy acknowledges that there is more we could all do to continue diversifying the sport and encouraging youth from a variety of backgrounds to participate and flourish in a sport that is financially and logistically difficult to break into and stay afloat. He’s passionate about encouraging young riders of color to get involved and to keep going in eventing. 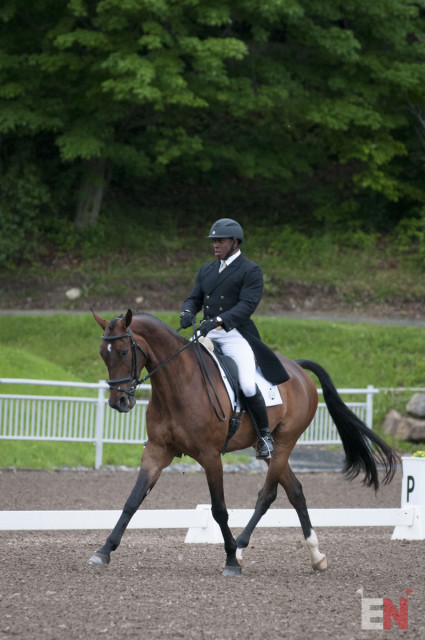 “A lot of them don’t think they could ever do this. Whenever I see young people I try to encourage them. That’s what really bothers me, is when I see they’re already counting themselves out.

“My grandfather was a very successful tobacco farmer in the south in the 1930s and 1940s. What he had to go through is a heck of a lot tougher than anything I will ever have to do. And I tell kids that. I always try to get the point across that where there’s a will, there’s a way.”

Thank you so much for taking the time to speak with us, Randy, and we wish you good rides this weekend!

Leslie Threlkeld and Lorraine Jackson contributed to this report.