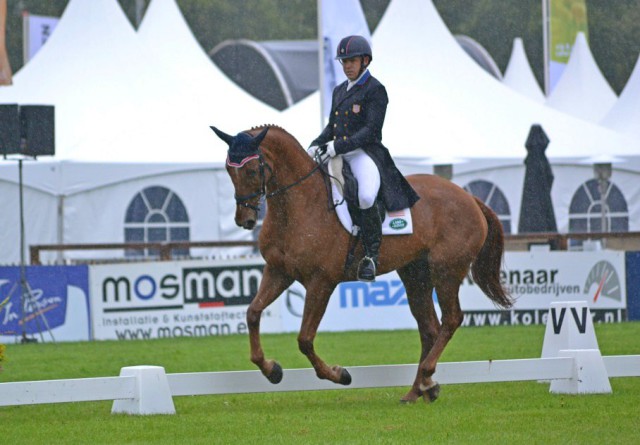 The rain started coming down just as Buck Davidson entered at A this morning here in the Netherlands — “Boekelo weather,” as they call it.

This week’s CCIO3* is the final leg of the FEI Nations Cup Eventing Series, and Buck and Copper Beach are representing the Land Rover U.S. Eventing Team along with Matt Brown, Elisabeth Halliday-Sharp and Marilyn Little. The U.S. won’t be winning the Series as we’ve only sent a team to one event, the CICO3* Aachen in August, but that won’t dampen our sideline cheers for them this week. 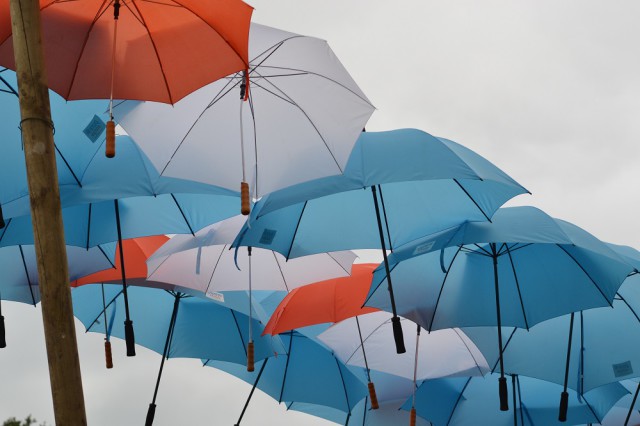 Nor will the rain. How cool is this whimsical umbrella canopy? Photo by Leslie Wylie.

The 9-year-old Irish Sport Horse gelding owned by Carl and Cassie Segal and Sherrie Martin laid down a lead-off score of 51.4, which will place the pair in 12th heading into the lunch break. “Sean” is a class horse that we’ve been following with interest since Buck began developing him in 2012. He cuts quite a figure in the ring, is a consistent jumper and brings some overseas experience to the table having placed 17th at the Tattersalls CCI3* in June. 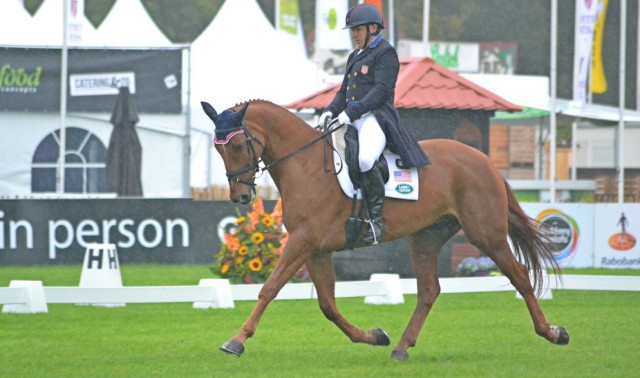 We know he’s capable of laying down a lovely test although his scores tend to fluctuate; unfortunately, today’s score was a swing in the less-happy direction from the 43.2 he earned in the CCI3*s at Jersey Fresh and his 44.4 at Galway. His marks averaged between 6.5 and 7.5, with a scattering in either direction.

Sean had flashes of brilliance, including a crystal-clear first change, with an Irish moment here and there — perhaps the European rain was making him feel a bit nostalgic for his roots! The most notable was a giraffe-necked, “but I don’t want to slow down!” transition from extended to collected trot down the long side, which was awarded a 4 from the judge at C and a 7 from the judge at B. Maybe the latter was distracted by a daydream about hot chocolate?

The top 15 heading into the lunch break: 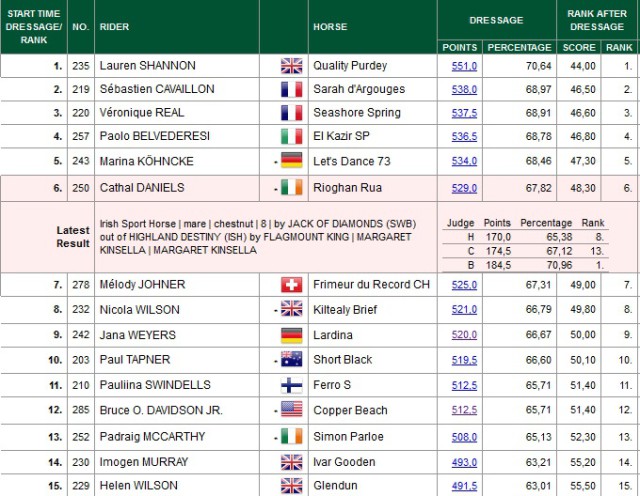 The rain Buck had to brave earlier has since given way to gloomy, grey cloud cover, but we’re looking forward to cool but dry weather for the rest of the week.

We’ll be back with more soon. Brace yourself for an extra helping of ridiculousness this weekend as the media center here has its very own bartender — what?!??