Historically, it has been a time-honored EN AEC tradition to ignore the Adequan® USEA Advanced Final, worth however many tens of thousands of dollars, completely to focus attention on that cutthroat showdown between dreamy-eyed horse girls riding ponies with names like “In My Feelings” and “Bacon Bits”: Jr. Beginner Novice 14 & Under.

This year, however, on the eve of my 40th birthday, working two jobs, and with a toddler in tow for whom my greatest hope is that he takes up literally any sport other than eventing (because, you can quote me on this, kid, “it will ruin your life”) I’m turning my attention to a different division: Beginner Novice Master Amateur. This 40 & up hobbyist crowd is the real deal, juggling jobs and families while somehow carving a space within it all for riding a horse on the regular. Every last one of the ammy-adult riders who qualified and are competing at the 2021 AEC this year is an inspiration to me, just for showing up. No matter where you end up on the scoreboard, I hope you know you are already a champion.

Fortunately or unfortunately, depending on your perspective, all 51 combinations in the USEA Beginner Novice Master Amateur Championship are now officially under my intense scrutiny, and we’re starting with background checks. One of the biggest perks of being a USEA member is that you can stalk whomever you want to, and I’ve been up since 1:30 a.m. (it is now 11 a.m now) doing exactly that.

Maggie Deatrick usually crunches EN’s “By the Numbers” statistics, using some extensive FEI results database spreadsheet number-y thing she created herself — I made the mistake of clicking into it once, and for an English major who has fallen on her head a bunch of times and can barely remember her own phone number on a good day, it was vaguely traumatizing. Thus, allow me to preface that this edition of “By the Numbers” is by no means sophisticated or based in science, and there’s a good chance I will be dead wrong on all accounts. But, without further adieu or apology, and with the division already well underway, here are my predictions for the 2021 Beginner Novice Master Amateur field!

He dances in a couple of days! Ready or bust!

Listen, first thing you should know: Mad respect to all of you who keep your horse inside the rectangle and remember your test today. Beginner Novice dressage tests to me are just a blurry haze of 20-meter circles and I will go off course if slighted even a quarter dosage of my usual morning coffee.

Having said that, to be honest looking at your records some of you seem to be better at dressage than others, and again I say that absolutely without judgement because I am humbly in the latter camp. I’ll tell you who you are, and dare the rest of you to prove me wrong out of sheer spite. The top 12 best dressage scores you tutu-worthy sand-dancing ballerinas have ever posted:

Settled in at the KHP with Kate and Alistair 💗🥰

Oh boy, here’s a fun fact to bring you down off that high of scoring a 15.5 or make you feel better after scoring a 55 in dressage: Not a single one of you has a completely ding-free cross country record, so phase two could be a pivotal one here!

Several of you do possess, however, a cross country record that is jump fault free, with just a few time penalties here and there. Let’s give ’em a shout-out: 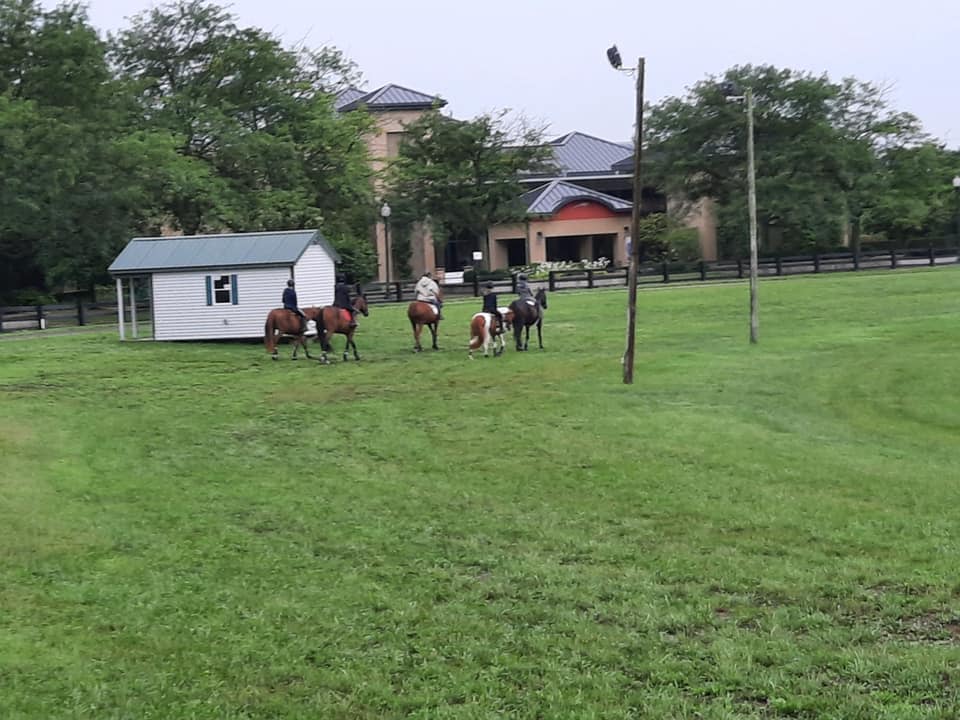 I think it’s human nature to let your guard down when you’re winning or prematurely admit defeat when you’re not. I’m here to tell you (and hopefully not psyche you out) that Sunday, September 5 in the year of our lord 2021, is going to be a pivotal one for the USEA Beginner Novice Master Amateur Championship.

Look around you in the warm-up. Know that not one horse you see has never had a rail in USEA competition. Let that sink in. You’re a player. This is your moment. It’s not over until it’s over. Time to step up to the plate.

I do want to give a shout out here to Stephen Fulton of Full Moon Farm and his ride DB Cooper, the only combination competing who have never had a rail together, probably because DB Cooper used up all of his life’s allowance of rails in his former life as an upper level horse. No disrespect, Advanced level fences are very large, but at one of his last events at the level he accrued 32 jumping faults — that’s eight (8!) ever-lovin’ rails. Since he’s been with Stephen at a lower level, though, they’ve had a clean slate, which is either a testament to Stephen’s riding or to finding a comfier place in the eventing world for this horse — and most likely, a combination of both. Thanks to Stephen and Karen for all they do for our sport. It’s awesome to see you out enjoying it, as you so deserve.

Best of luck and all my respect to these competitors and their horses! We’ll be back later today with a dressage report as well as live cross country updates and a show jumping grand finale!