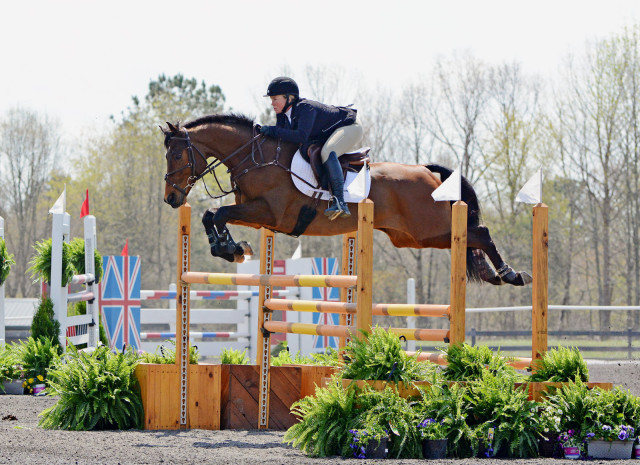 Time to take a deep breath, everyone. We’re entering into the tail end of the spring season. We still have a few shows left before the official season ends, which I’m arbitrarily designating as Bromont. After that, the West Coast (and a few lucky East Coasters) will start gearing back up for Rebecca’s inaugural CCI3*, and then we’ll get rocking and rolling for the fall on both sides of the country.

MCTA is traditionally run the week after Rolex and before Jersey Fresh and so is usually populated by horses who just moved up to the Advanced level and probably not quite ready for a CCI3* yet. We may see them pop up at Bromont, or we may see them wait and continue to gain their sea legs at this level throughout the year. Only five are entered this weekend, so today I’ll talk top two.

The dressage test will be 2014 USEF A-B. Morgan Rowsell, who also designs for Rocking Horse and the Horse Park of New Jersey in June, will be designing both the cross country and show jumping courses. Click here to see the full list of entries.

1. Colleen Rutledge and Escot 6: Fresh off a bang-up weekend at Rolex with her other two rides, Colleen is back at it with her newest horse to the level. Escot 6 is also entered at the Jersey Fresh CCI3* next weekend, so may be out this weekend just for the combined test.

Escot 6 isn’t quite as precocious as his stablemate Covert Rights on the flat and averages a 40.2 on this particular test. He is teetering on a show jumping that leans towards double clear right now, which should help move him up the ranks after the second phase. A quick average of only 7.6 time penalties across the country should help this pair sneak into the top spot, with a score in the high 40s. 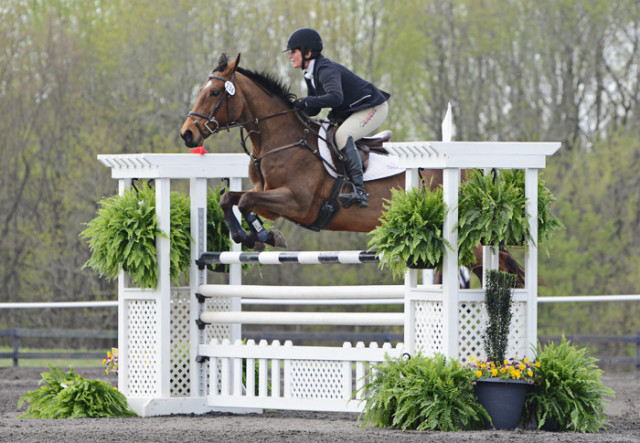 2. Sally Cousins and Abecca GS: Sally has had two Advanced runs with this mare and had a stop last time out at Fair Hill in April. However, she conquered a tough Advanced course as her move-up at The Fork, and Sally is a consummate cross country rider, so I’d be surprised if they have issues twice in a row.

Abecca GS has performed this dressage test twice now and averages a decent 35.9 for it. That will be good enough for first after the flat. The mare hasn’t seen a Morgan Rowsell course — stadium or cross country — yet but averages one rail thus far. During her clear run at the Fork, she came home with 10.4 time penalties. If she can replicate that effort here, Sally will end up in second (or first, if Colleen withdraws) on a score just over 50.