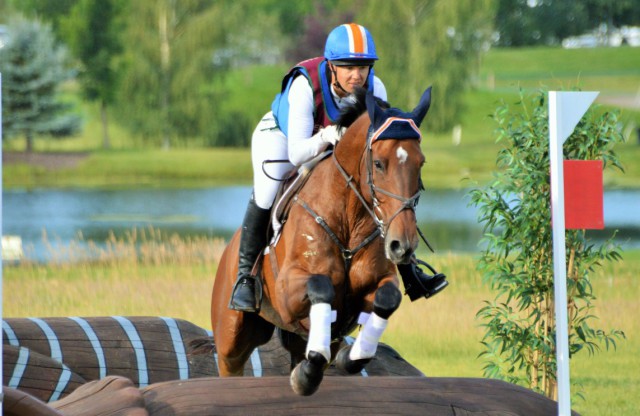 With several heavy hitters set to contest the CCI3* at Rebecca Farm, the CIC3* division at this destination event in Kalispell, Montana also boasts quite a talented field. Primarily composed of those on the West Coast, there are several talented young horses in this division as well as some experienced horses coming back from Rolex.

Just as in the CCI3*, the dressage test will be 2015 FEI 3*-B. Ian Stark has designed this course since the event’s inception, giving the North American-based riders a chance to test their mettle over a course similar to many of his designs over in Europe. Chris Barnard will be taking over the show jumping courses for the first time this year.

1. Heather Morris and Charlie Tango: The winner of last year’s CCI2* is back to contest his second CIC3*. After a brief health setback last fall, Charlie Tango is back as strong as ever, taking second in his first two full Advanced runs before winning his first CIC3*.

Charlie Tango scored a 44.7 on this test in his last CIC3*and has been averaging in the mid-40s overall.  This horse came home with only 3.6 time penalties over his only Ian Stark course thus far, and has yet to have a rail at this level. This pair should take home another Rebecca Farm blue with a final score in the high 40s. 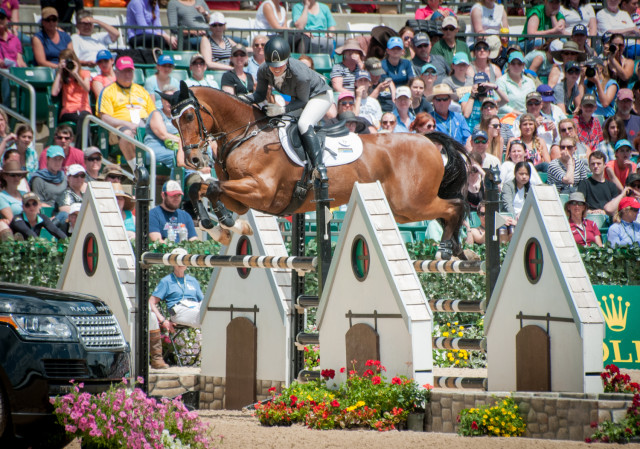 2. Mackenna Shea and Landioso: Coming off a good finish at their second Rolex attempt, Mackenna and Landioso will be here with a new swagger in their step. Landioso is a dressage powerhouse that tends to follow up his performances with a solid cross country run.

This horse averages a 44.8 on this test, meaning they’ll be at or near the top of the leaderboard at the end of day one. These two tend to run more quickly over Ian Stark courses than their typical pace, averaging only 5.6 time penalties when they run clear over his designs. They are one of the few pairs in this field to have attempted a Chris Barnard show jumping course, jumping clear with two time penalties at The Fork in 2014. Landioso should finish in second with a score in the low 50s.

3. Amber Levine and Carry On: Amber and Carry On just stepped up to this level this year and they’ve already proven themselves contenders with only four runs under their belt so far. They most recently won the Advanced at Woodside and were second at their first CIC3* in April.

Carry On is another horse who is strong on the flat, scoring a 50.2 in his three-star debut with this test. Matching their very swift run only one second over the time over Ian Stark’s Woodside course would inch them up the rankings this weekend. They’ll hold their spot if they equal their show jumping average of one rail on the final day. A final score in the low-to-mid 50s would give them third place by the end of the weekend. 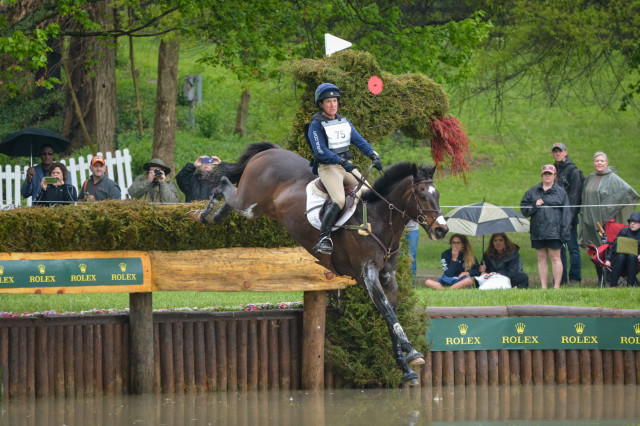 4. Barb Crabo and Eveready: Easily the most experienced horse in the field, this horse perhaps should have been named Energizer instead of Eveready; he just keeps going and going and going. After a successful run at Rolex, this 1999 gelding is back at one of his favorite venues.

These two average a 54.7 on this test, not quite as good as their overall average but not far off. A typical pace of 7.2 time penalties over Ian’s courses will keep them in the mix, and even if they have a rail and a time penalty to match their show jumping average on Sunday, they’ll still finish with a top five place on a score in the mid-60s.

5. Mary Burke and Prince William: Prince William had quite a promising season last fall but skipped a spring campaign. This will be his first outing at this level since delivering a solid qualifying result in the Galway Downs CCI3* last November.

Prince William hasn’t performed this test yet but averages a 54.5 overall. A quick pace across the country will move them right on up, as they average only two time penalties over Ian’s designs. Show jumping may prove a bit tricky though, as they average eight time penalties and one rail in this phase. A final score in the high 60s will help them round out the top five at the end of the weekend. 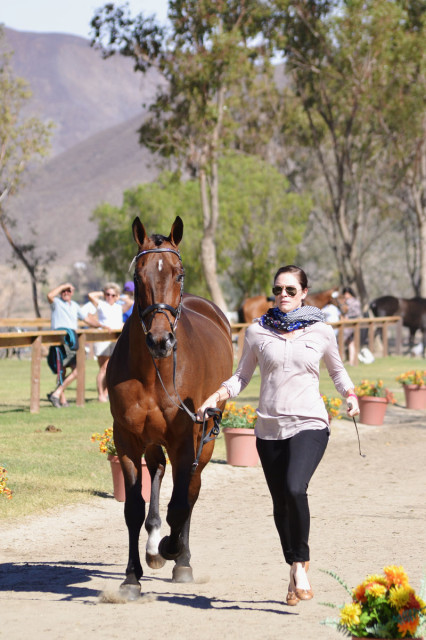 Bonner Carpenter and Basco: This will be Basco’s first show at this level since finishing Galway Downs CCI3* in the fall of 2014, just after he was finding his groove at the level. Strong on the flat, Basco averages just over 50 and has proven he can score in the 40s multiple times.

He’s a one-or-none horse in the show jumping in terms of rails but has struggled to find a rhythm cross country. His best efforts came at the end of 2014, when it seems he found his stride for a double clear round and a win at Woodside International CIC3*. If he can pick up right where he left off, these two could contend for a top spot this weekend. 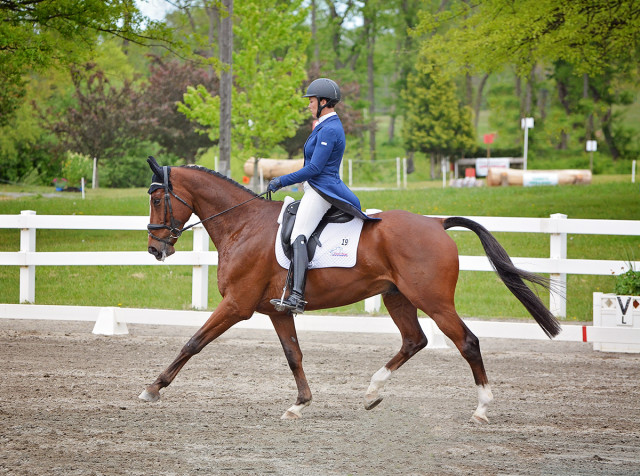 Tamie Smith and Lagos Star: With only one start at this level under his belt so far, it’s difficult to tell what Lagos Star will do on a consistent basis yet. Despite that, that one start was a second place finish at his first CIC3* at the Copper Meadows in June. With a solid effort in all three phases, he could certainly be a horse who could contend here this weekend. Simply matching his efforts from June would easily put this pair inside the top five.