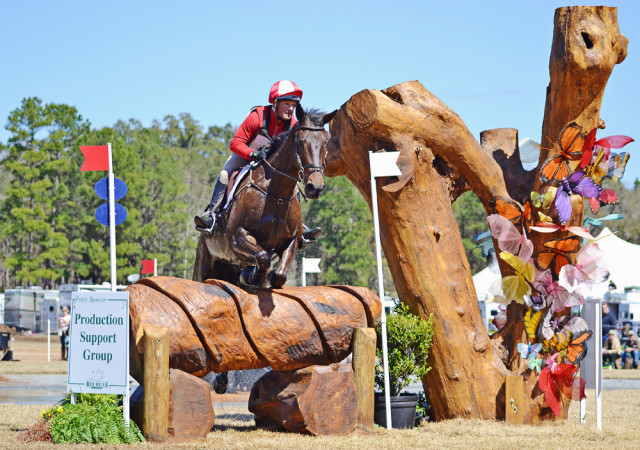 Twenty-four horses will start the Advanced division at Richland Park this weekend, meaning we have a whopping 72 horses total starting between the Advanced and CIC3* levels at this event! The Advanced field has a large number of inexperienced horses, with eight horses making their first start at the level and an additional three pairs making a second start after an incomplete first attempt earlier this year.

The dressage test will be 2014 USEF Advanced-B, which was performed at pretty much every single Advanced division this year. The cross country course designer is Ian Stark, who generally designs out west for courses like Rebecca Farm and Galway Downs. The show jumping course designer is Marc Donovan, who we recently saw at Millbrook and Bromont.

1. Joe Meyer and Sanskrit: Joe Meyer only pulls Sanskrit out for special occasions, and we haven’t seen this horse out campaigning since Red Hills in 2014. However, in four starts in 2013 and 2014, this horse finished first three times and third once. Look for him to make a splash this weekend in this qualifier for the American Eventing Championships.

Sanskrit is a confident horse on the flat, and an average of 33.5 on this particular test will put him near the top after the first phase. Although this pair hasn’t jumped any of Marc’s designs recently, Sanskrit is a careful jumper who averages a double clear round. This will also be their first Ian Stark course in some time, and while their average time penalties of 6.0 won’t be the fastest round, it will be close to it. These two should finish on top, with a score just under 40. 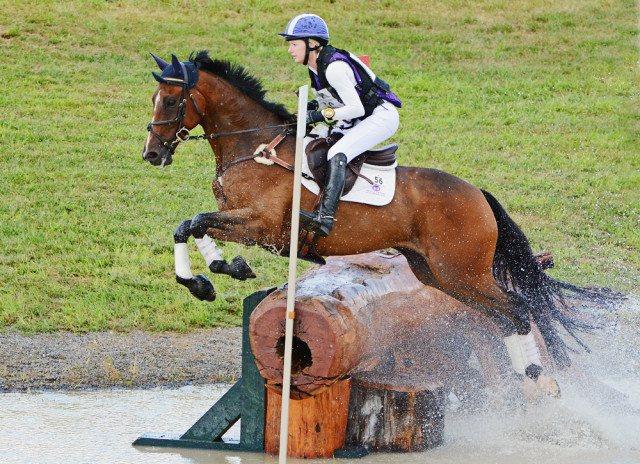 2. Holly Payne Caravella and Never OutFoxed: Holly has entered both of her top horses in the Advanced division this weekend, and the move should particularly pay off for the swifter of the two. Never OutFoxed could put in the fastest cross country round in the division, which would move this pair on up the ranks.

Never OutFoxed isn’t the most patient in the sandbox, averaging a 38.4 on this test. This horse averages one rail over Marc’s show jumping courses. While these two haven’t tackled any of Ian’s courses yet, they average a swift 3.2 penalties across the country. A final score in the mid-40s will clinch them second place. 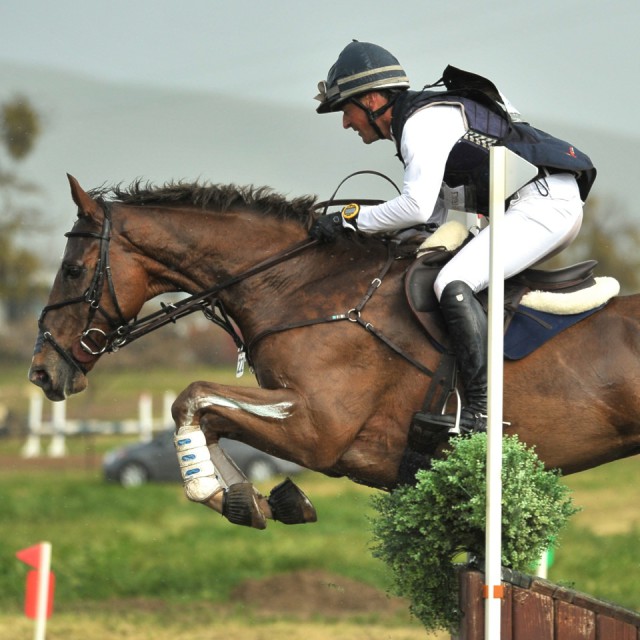 3. Matt Brown and Super Socks BCF: Our most recent transplant from the west, Matt has earned two tickets overseas this fall with his top horses. The more experienced Super Socks BCF is headed to Blenheim, which is quickly coming up on the horizon.

Super Socks BCF can definitely flex some muscles on the flat and has averaged a solid 32.1 when doing this particular test. Show jumping can be tricky for this horse, who had three down at Bromont over the only Marc Donovan course he’s seen. A swift average of 3.6 time penalties over Ian’s courses will bring these two back to finish third on a score in the high 40s.

4. Buck Davidson and Wiley Post: Buck is going to be a busy man this weekend, with five horses in the CIC3* and three in the Advanced alone. Wiley Post is of middling experience, having moved up in the summer of 2014 and now entering his second year at the level.

Wiley Post should score around his average of 35.6 on this test. Not quite as careful a jumper as others, he averages two rails and 2 time over Marc’s show jumping courses, which is better than his typical average. This horse is fairly quick cross the country though, with an overall average of 7.2 time penalties. Buck and Wiley Post should finish in fourth with a score in the low 50s. 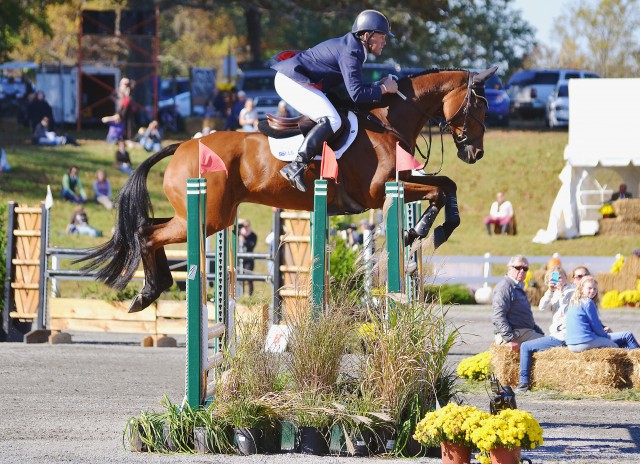 5. Buck Davidson and Park Trader: Buck’s four-star partner Park Trader is back in action after a prolonged absence. Park Trader recently competed in the Advanced at Millbrook, his first start at the level since June 2014.

Park Trader, while experienced, has a certain disdain for the flat and averages a 38.7 on this particular test. He has jumped double clear over the two Marc Donovan courses he’s seen, which will push him up the ranks. Buck does take him slower across the country, averaging 17.2 time penalties overall. This will be good enough for fifth, with a score in the mid-50s. 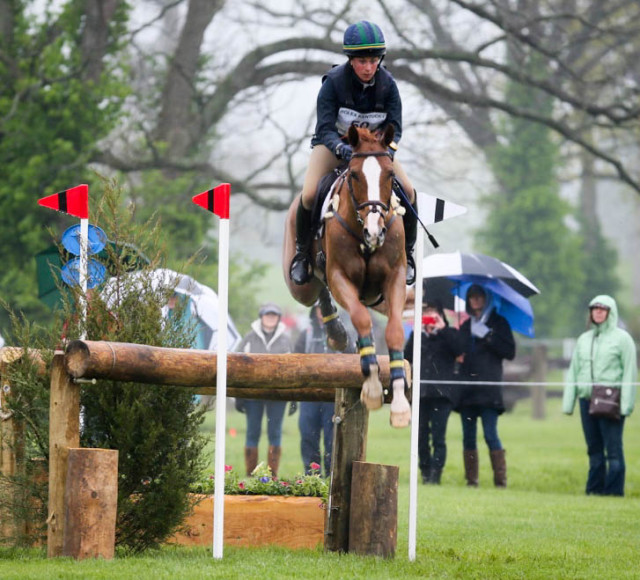 Lillian Heard and Share Option: Lillian and Share Option are stalwarts at this level, and their dressage has been sneaking lower and lower, while their jumping continues to be stellar. Lillian is a rider who prefers to only go fast when it counts, so she’ll likely maintain a slower pace this weekend in preparation for the fall season. However, if she picks up the pace even a smidge compared to her run over last year’s Richland course, these two will easily sneak into the top five. 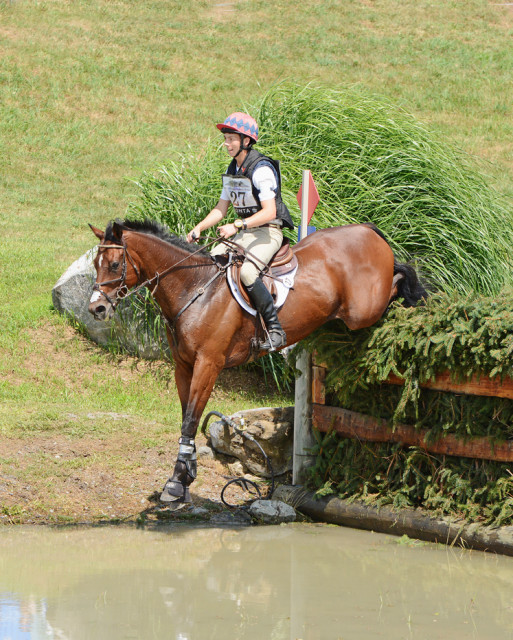 Sean McIntosh and Wild T’Mater: Canadian rider Sean McIntosh recently made his Advanced debut at Millbrook with Wild T’Mater. A solid dressage round, a clean cross country round and an impressive double clear over Marc Donovan’s show jumping put them in the top half of the massive division. With the field here less than half the size, Sean has a good chance of popping into the top five if he can match his Millbrook performance. 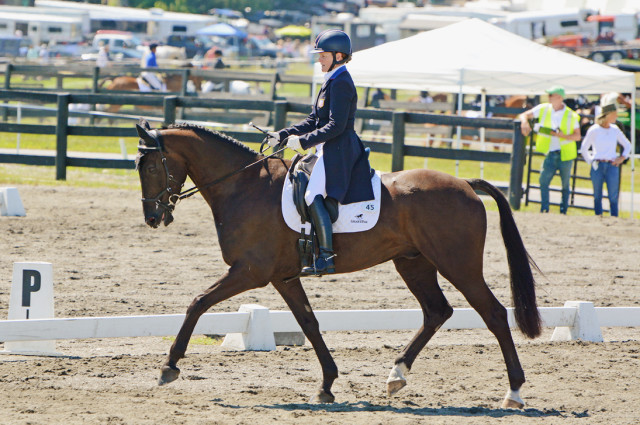 Kim Severson and Cooley Cross Border: This horse was recently my Spoiler pick for Millbrook, where he made his first start at Advanced. However, Kim withdrew him before cross country, so this weekend will be the horse’s second dressage test at the level, but first attempt for the jumping phases. Cooley Cross Border still has the propensity to be a star on the flat, and if he makes it unscathed through both jumping phases, he can sneak the win under everyone’s nose.