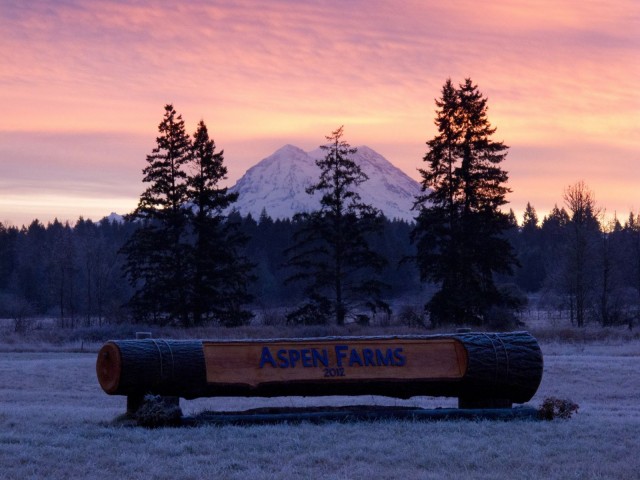 According to a statement on the USEA website, Calvin, a 17-year-old Thoroughbred gelding owned and ridden by Holly Severijn of Woodinville, Washington, was euthanized at Aspen Farms Horse Trials this afternoon.

“Holly and Calvin were competing in the Training Rider division and were on cross-country when Calvin fell at Fence 12, a log jump out of the water. He got to his feet but it was evident that there was trauma to the shoulder area and the vet team led by Dr. Karen Nyrop advised euthanasia,” the statement reads.

Calvin and Holly have been partnered since 2006. They competed at the USPC Championships in 2007 and completed their first Training level event the same year.

Please join us in extending our sincerest condolences to Holly and all of Calvin’s connections.