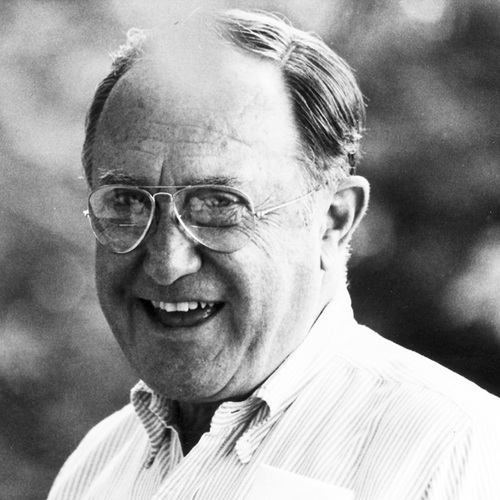 Hello, EN Readers. I come to you today with sad tidings in my news and notes, the likes of which no amount of funny viral videos can make better. It seems that whenever our sport loses one of its own, that loss is keenly felt by everyone – whether closely related or not. The riding community is a tight-knit family of shared experiences and passions, brought together by people just like Jack Fritz. His legacy lives on in those that honor the traditions of the sport through its organizations, now and always.

And so follows Friday’s News and Notes:

Captain John H. “Jack” Fritz, known for his immense influence on the development of the equestrian sport in America, passed away on the morning of February 9th. Fritz played vital roles in the emergence of the organizations that would become the USEA, the USDF, U.S. Pony Club, and the USEF. His contributions to all disciplines of riding will never be forgotten. [USEA News] [Chronicle of the Horse]

Denny Emerson pays tribute to Captain Jack Fritz in his blog, by recounting some of his many accomplishments and recalling his tenacious attitude. He describes Fritz and the “ultimate volunteer,” and that “..sometimes he was patient, sometimes irascible, but always, always, he was there.” [How Good Riders Get Good]

The equestrian sport suffered another loss this week in the passing of champion jockey and trainer, Josh Gifford. Gifford is best remembered as the trainer of 1981 Grand National winner Aldaniti, as well as being the father of British Eventing rider, Tina Cook. Eventing Nation extends its thoughts and condolences to the family of Josh Gifford. [Horse & Hound] [British Eventing]

The recent popularity of the film “War Horse,” has prompted Horsetalk’s article to memorialize the horses shipped from New Zealand in 1914.  The horses were meant as mounts for soldiers in the WWI war effort. Approximately 18,000 horses were shipped overseas during that wartime period, but only one would survive the brutal conditions of war long enough to return home. The article details the back-breaking labor, rationed food, and widespread disease that was part of a horse’s daily existence during WWI. [Horsetalk]

In a more uplifting turn of events, Horse & Hound is reporting on former four-star eventer Claire Lomas’s plan to walk the London Marathon on April 22nd. Lomas will be using the Re-Walk Suit, a powered exoskeleton that allows the wearer to walk with crutches. While Claire will be using a training suit for walking the marathon, fundraisers have helped her raise over Â£35,000 in order to buy the first personal suit, due to the delivered this summer. Readers can sponsor Claire by going to http://www.justgiving.com/Claire-Lomas or sending her an email at [email protected].  [Horse & Hound]

The British Olympic Association and the British Paralympic Association have combined forces to host a celebration supporting the forming of Team GB and Paralympics GB prior to the 2012 London Olympics. The evening celebration will include a black-tie dinner, followed by a line-up of the best in British music, performance, and comedy. The event, titled “Our Greatest Team,” will take place in the iconic Royal Albert Hall in London on Friday, May 11th. [British Eventing]

And let’s not forget that this Friday marks the first day of competition at the Ocala Horse Properties Winter II Horse Trial. Live Scoring is available throughout the weekend on EventEntries.com
[Live Scoring]

And now, in honor of the upcoming celebration courtesy of the British Olympic Association and the British Paralympic Association, I’d like to leave you all with an oldie, but goodie, video of the 2007 World Para Dressage Championships. The demonstration begins a bit slow, but I have to say… it ends on an astounding note!!