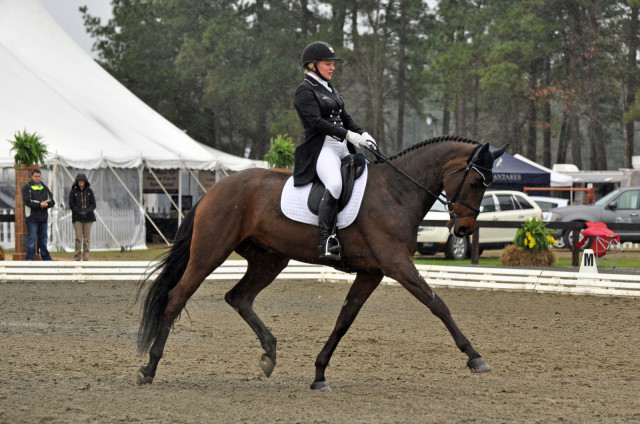 A steady rain is expected to continue throughout the afternoon session at the Cloud Eleven ~ Gavilan North LLC Carolina International at the Carolina Horse Park in Raeford, North Carolina. Many of the horses competing in the FEI divisions here this weekend have been spending the winter months in sunny Florida and other warm southern climates, and some of them are handling the frustrating conditions better than others.

As the last to go before the lunch break in the Setters’ Run Farm CIC2*, Marilyn Little and RF Scandalous, owned by Raylyn Farms Inc. and Phoebe and Michael Manders, did not disappoint the crowd that gathered to watch their test. Circling the ring before the bell, they surged down the long side in an extended trot and carried that forward energy into the ring, where they scored a 38.6 for the lead. 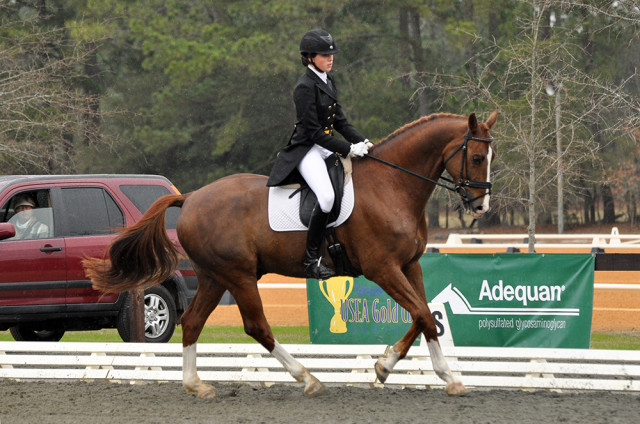 Elena Hengel and Zipp, who represented Area IV at the NAJYRC CCI1* last summer, are second behind Marilyn on a score of 42.3. Elena and the Dutch Warmblood gelding consistently score well at Intermediate horse trials, but this is their first CIC2*, so I’m sure Elena is very pleased to be sitting close to the top among a field of competitive professionals. 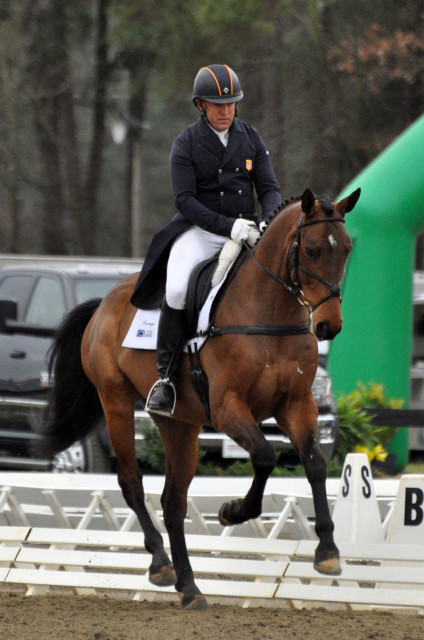 Buck Davidson and Be Mine. Photo by Leslie Threlkeld

Buck Davidson sits third and fifth on Be Mine and Quasar respectively. Be Mine, a 9-year-old Rheinland Pfalz-Saar gelding owned by the Carlevo, LLC, has truly found his niche in eventing, having been sent originally to Buck to be sold as a “failed” dressage horse. He started eventing at Novice in Florida and never looked back. He’s a horse Buck says needs to be challenged, and he’s answered every question with gusto as he’s powered through the levels, picking up a win at the Bromont and CCI1* and Plantation CIC2* along the way.

Quasar, a now 8-year-old Oldenburg gelding owned by Ann Clements, was imported from Germany late in 2010 and started his eventing career with Alayna Pastuck, who produced him from Novice to Preliminary. Buck took over the ride in January 2014 and, since moving the horse up to Intermediate last May, they finish in the top six more often than not. This is the horse’s second two-star; he finished sixth in the Fair Hill CCI2* last fall. 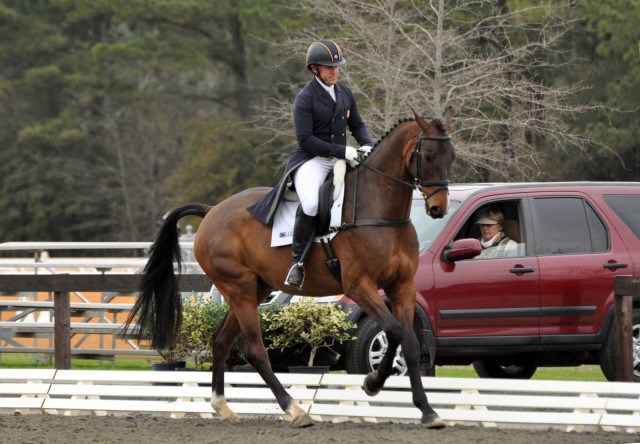 Phillip Dutton and Mighty Nice are fourth after dressage on a 44.8. “Happy” hasn’t competed since the WEG Prep Trials last July due to an injury that forced his withdrawal from Burghley, but he’s back in fine form. He produced a pleasant, relaxed test (I’m such a sucker for floppy ears), and we’re looking forward to seeing him jump tomorrow. 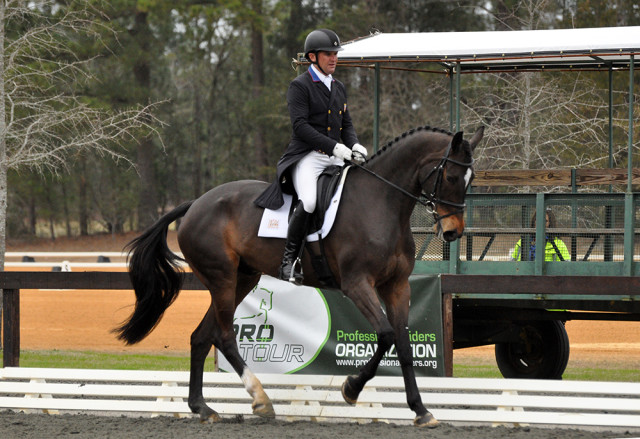 In the Southern Pines Equine Associates CIC1*, Doug Payne and his own 8-year-old Oldenburg gelding Lysander hold the lead on a 35.8. We featured this horse on EN’s Got Talent, so you can get to know them better here and here. 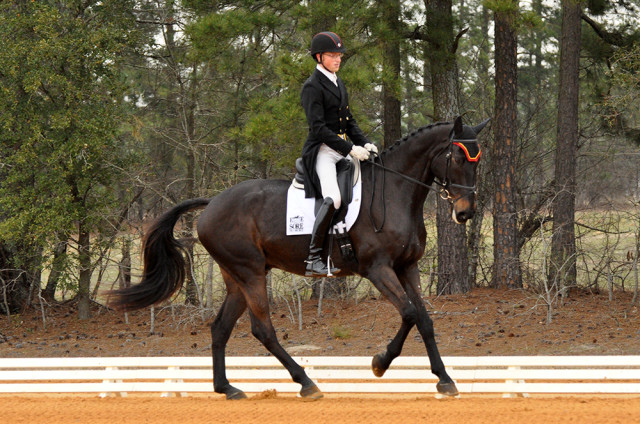 The afternoon session is already underway and we’ll have much more for you from Carolina International later this afternoon. We hope you’re watching the live stream with excellent commentary from Karen O’Connor and Charlotte Skinner-Robson! Tune in at 3:06 to see Mr. Medicott’s much-anticipated return to competition since Rolex 2014.