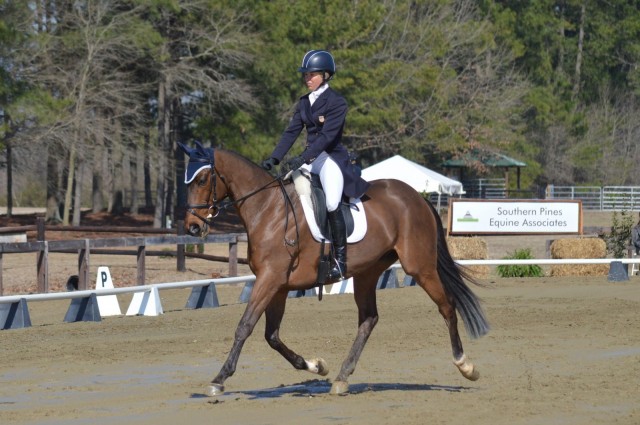 It is turning out to be some of the best weather thus far this spring, and both horses and riders seem relieved to have some fair weather to ride in. The scoring is coming out fairly tough, but so far this morning the pairs competing have put in some solid tests. Jan Byyny and Inmidair laid down a lovely test this morning to take a solid lead on 40.5 in the CIC3* at Carolina International. JR had a steady, workmanlike air to him in the dressage ring today, and he exhibited some lovely movement for the judges. Jan will have plenty of competition to come later today, as about two-thirds of the division have yet to ride, but she should be pleased with her position going into show jumping tomorrow. 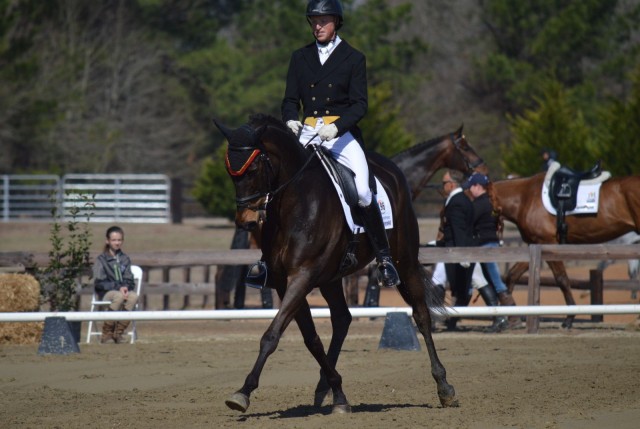 Doug Payne and Crown Talisman win my favorite test of the morning. This is the first time I’ve been able to see Tali go in person, and I was blown away by the movement this elegant horse displays. Doug and Tali easily scooted into second behind Jan with a 44.1, and it was clear that Doug had kept the lid on Tali during his test, as he let loose a bit with some antics after he left the ring. 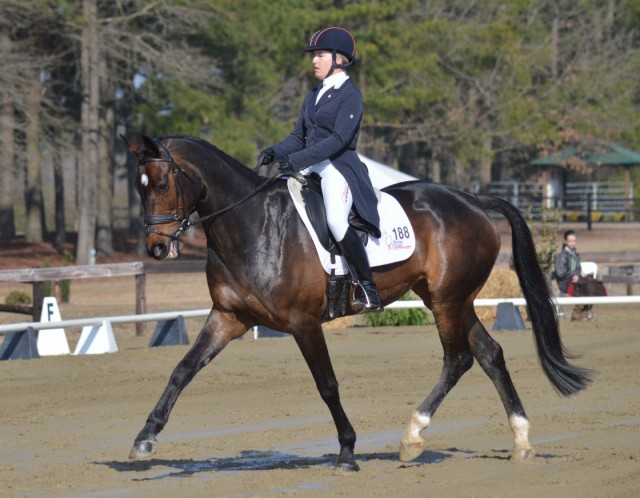 Sharon White and Under Suspection. Photo by Sally Spickard.

Sharon White and Under Suspection and Allison Springer aboard Arthur are currently tied for third on a score of 45.0. I thought Under Suspection looked fantastic and ready to work, and Arthur showed his characteristic focus in the dressage. Buck Davidson and Ballynoe Castle RM round out the top five after the morning rides, scoring a 48.0 with a lovely, steady test. As I said before, the scores are coming down a bit tough, but I thought that Reggie had some wonderful moments to put together a good looking test. 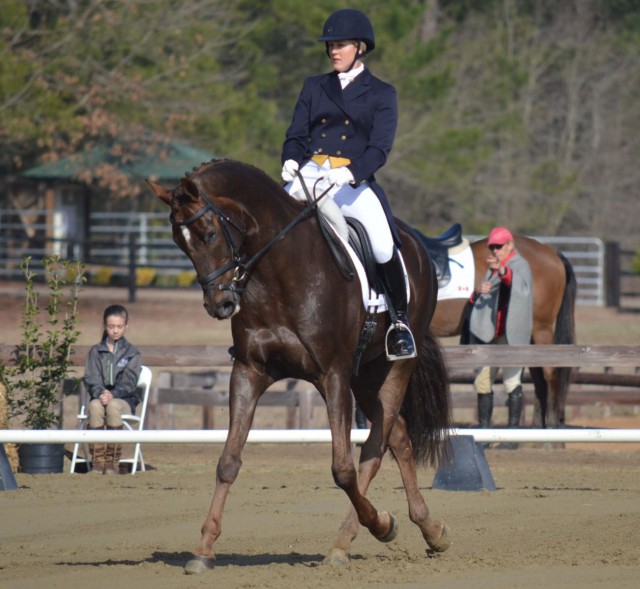 Sinead Halpin and Manoir de Carneville put in a steady test to lay in fifth currently on a 51.0 tied with Phillip Dutton and Mighty Nice, and I would expect that Sinead is looking for a solid, clean run from Tate this weekend as it is his first three-star run this year. Will Faudree and Pawlow had some absolutely lovely changes in their test this morning; they scored a 55.5 to sit in 10th going into the break. Phillip Dutton’s second ride of the day, Fernhill Fugitive, had an unfortunate bobble in the changes and currently are in 11th on a 57.3. I must also give a shout out to Kaitlin Spurlock and Expedience, who showed her disdain for dressage today and made Kaitlin really work to squeeze all possible points out of the redhead mare. 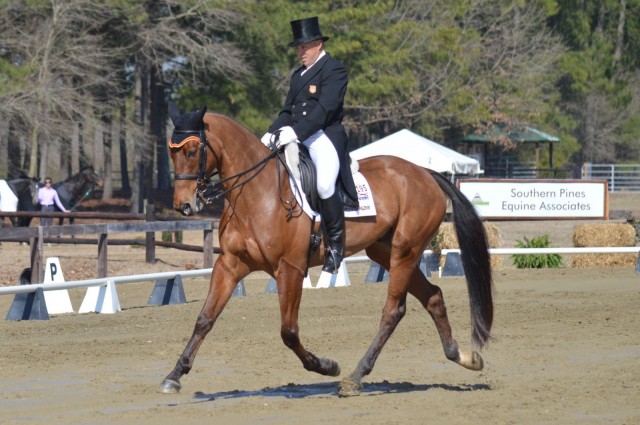 Kate and Jenni headed off a few minutes ago to dirt bike the cross country course, so stay tuned for a unique approach to course walking later on today. The Carolina International team has done a wonderful job of ensuring that all details are addressed; the media tent is equipped with quick WiFi and plenty of power. Kate also commented that the attention to detail in the stabling is also to be commended. The afternoon groups begin dressage in about an hour, and we will bring you many more updates as the day continues. 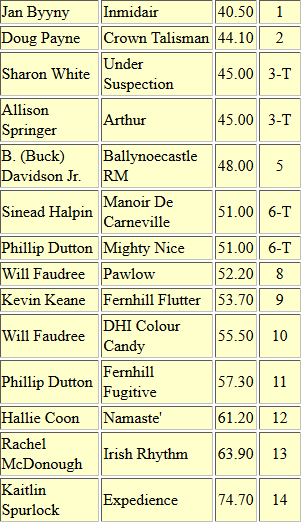