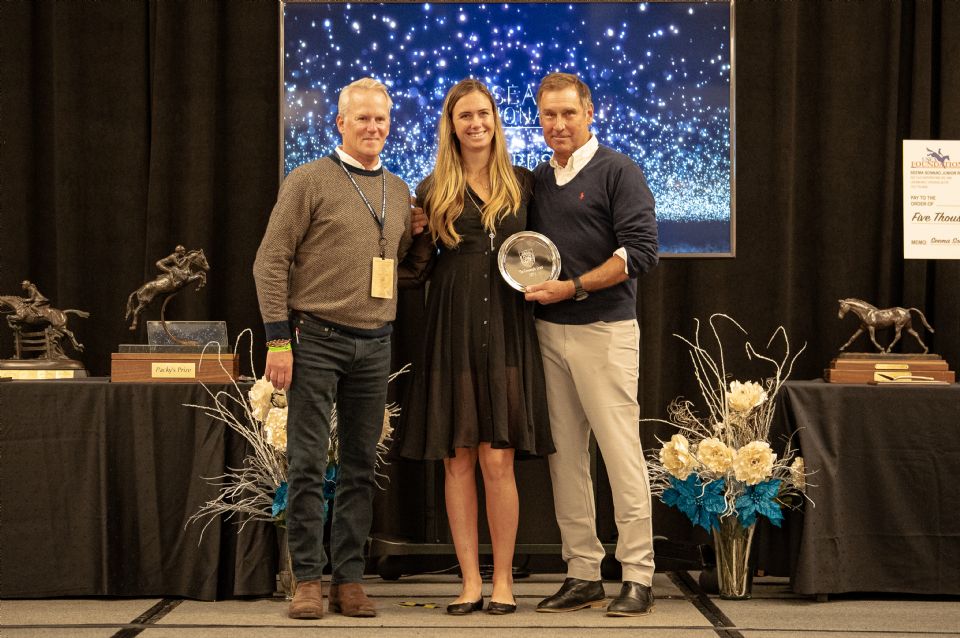 Each year, the USET Foundation administers up to $25,000 to a CCI1* or CCI2* horse that is seen as a potential candidate to represent the U.S. Eventing team at the international level. The grant was established and is funded by Caroline Moran in memory of her dear friend, the late R. Bruce Duchossois, who was dedicated to encouraging the development of eventing horses in the U.S., and is named after Connaught, a horse that was owned by Duchossois and ridden by Phillip Dutton at the 2006 FEI World Equestrian Games and 2008 Beijing Olympics.

As the recipient of the Connaught Grant, Martin, who is an athlete on US Equestrian’s Eventing High Performance 2023 Development Training List with HSH Blake, will use the funds to support further competition and training with HSH Blake with the aim of riding for the U.S. on the international stage.

Martin, who runs a sport horse sales business, is grateful for the support offered by the USET Foundation and US Equestrian (USEF) to up-and-coming eventing talent. She was a recipient of the USET Foundation’s Jacqueline B. Mars Competition and Training Grant in 2017 and the USET Foundation’s Karen E. Stives Endowment Fund Grant in 2018, which enabled her to train and compete in England. Most recently, in 2022, she was the recipient of the United States Eventing Association (USEA) Foundation’s Wilton Fair Fund and USEF’s European Developing Rider Tour Grant, the latter of which enabled her to compete in the Houghton Hall CCIO4*-S in Great Britain as the anchor rider for the silver-medal winning Land Rover U.S. Eventing Team.

“I have such a great support staff and we’re getting bigger and better, but it is still very challenging to balance making money [through horse sales] and having enough time to concentrate on my own upper-level competition horses,” explained Martin. “Without these grants, I wouldn’t be able to bring horses overseas. These grants have been life changing. They have given me opportunities to focus on improving myself and my horses and becoming a U.S. Equestrian Team rider.” 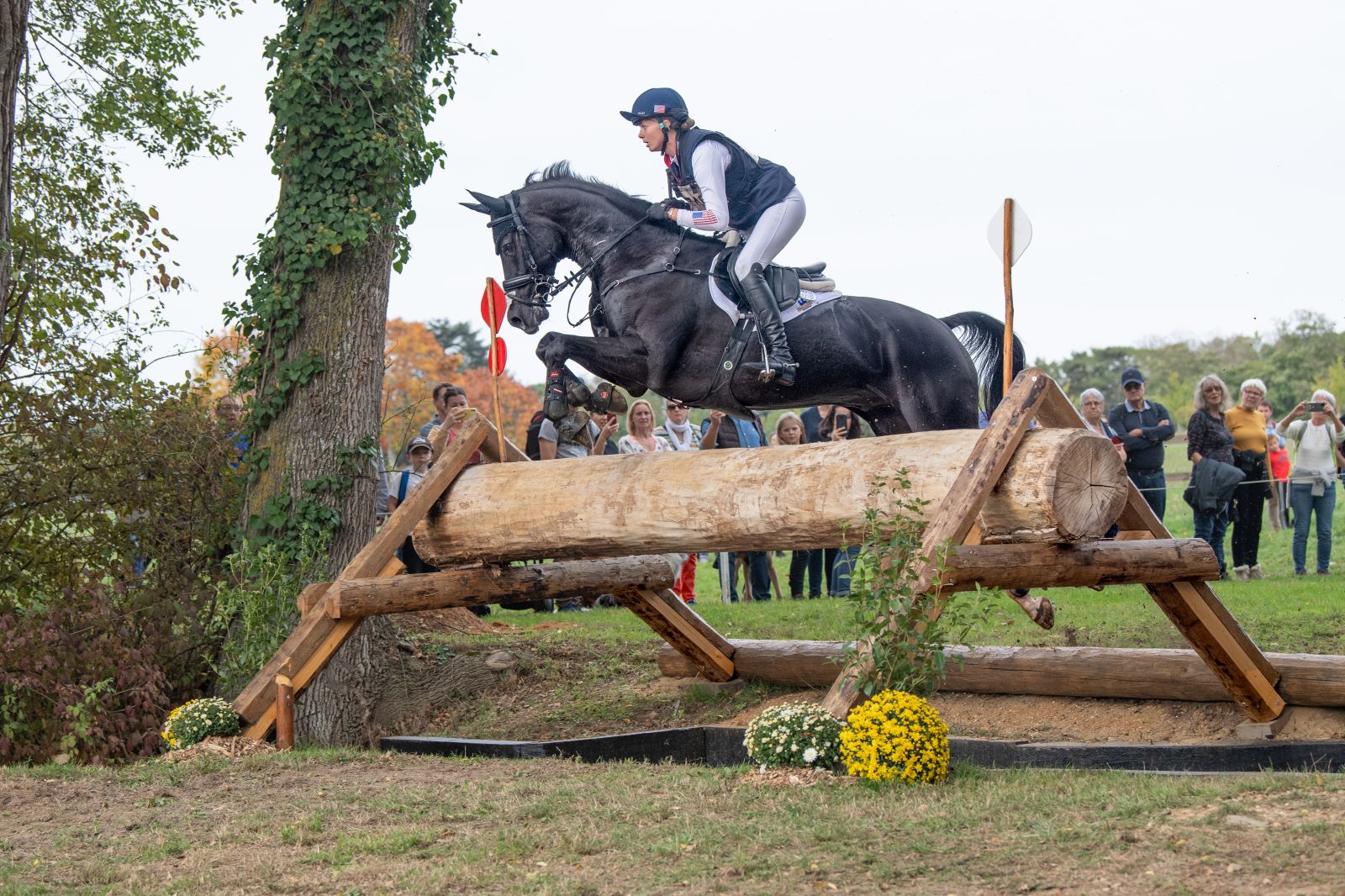 HSH Blake, known as “Blake” in the barn, was acquired by Martin as a five-year-old with the intent of joining her sales program. The pair claimed victory in the 2020 Dutta Corp. USEA Young Event Horse East Coast Five-Year-Old Championship and went on to capture several Fédération Équestre Internationale (FEI) wins in his six-year-old year. Recognizing the gelding’s enormous talent and potential for the greatest international stages, Martin decided to keep the ride on Blake but needed the support of an additional owner. Enter Mollie Hoff, who agreed to come on board as a partner with Martin.

“They’re such a fabulous family,” said Martin. “It’s been a fairytale story. With Mollie’s support, we went to England and had top-five placings in a number of FEI events, and we finished the year with a 10th-place finish in the three-star long event at the FEI World Championship for Young Horses in Le Lion d’Angers, France, on a score of 27.4. We were really, really proud of Blake, and it was very special to have the whole Hoff family there. I am so grateful that all the stars aligned.”

Next year, Martin plans to compete Blake in three-star-long and four-star-short events with an eye on the 2023 Pan American Games in Santiago, Chile.

“It’s always a long shot, but we’re going to do everything we can to get there,” stated Martin of her Pan American Games goal.

Whether or not Martin and Blake make the team for the Pan American Games, Martin is excited about the gelding’s future and is looking forward to leveraging the grant in a way that will help Blake gain the experience necessary for him to be successful on the world stage.

“Hopefully I’ll utilize the grant in a way that would make Bruce [Duchossois] proud, and I hope we’ll represent the Connaught Grant well in his memory,” Martin concluded. “I know Bruce always believed in young, talented horses, and I really think Blake is one for the future. I’ve been part of Nations Cup and developing teams, but I haven’t been part of a senior team yet, so I hope he will be my first proper team horse.”

Thanks to the Connaught Grant, Martin and HSH Blake can continue their training with the goal of representing the United States in future international competition.