Caroline Martin is easing back into action after taking a stud to the foot at Carolina International Horse Trials three weeks ago. She is competing three horses at the Ocala International Festival of Eventing this weekend and confirmed to EN she will run cross country tomorrow.

After falling in the first Advanced water complex at Carolina with Cristano Z, she walked off course and into the ambulance, which was definitely a sign she wouldn’t be sidelined for long. If “tough as nails” is a character trait, Caroline has it in spades.

She has two rides in the Open Intermediate in Pebbly Maximus, who sits second after show jumping on 29.0, and Jump Jet, who led after dressage but had a rail down in show jumping to drop to equal fourth on 31.9. Caroline is also competing Ferrie’s Cello in Open Preliminary, which starts tomorrow.

While Pebbly Maximus is on the entry list for the Land Rover Kentucky Three-Day Event, the horse is aiming for a return trip to the Bramham CCI3*-Under 25 in June and will only compete in the dressage phase if he makes the trip to Kentucky. Caroline’s two rides at Kentucky will be Spring Easy and The Apprentice.

Leslie Law, USEF Developing Rider Coach and Caroline’s trainer, competed four of her horses at The Fork Horse Trials last week at Tryon, and he is also lending a hand at Ocala while she is on the mend. He piloted The Apprentice to a score of 29.0 in dressage to lead the Advanced combined test today before a planned withdrawal ahead of show jumping.

Looking to the rest of the action at Ocala, the CCI2* kicked off today with dressage. Elisa Wallace and Riot Gear, a 9-year-old Oldenburg owned by Steve and Vicki Sukup, lead on 27.0. Liz Halliday-Sharp and her own Cooley Quicksilver, a 7-year-old Irish Sport Horse, sit second in the CCI2* on 29.4. Alex O’Neal and his own DJ, a 10-year-old KWPN, sit third on 30.8. 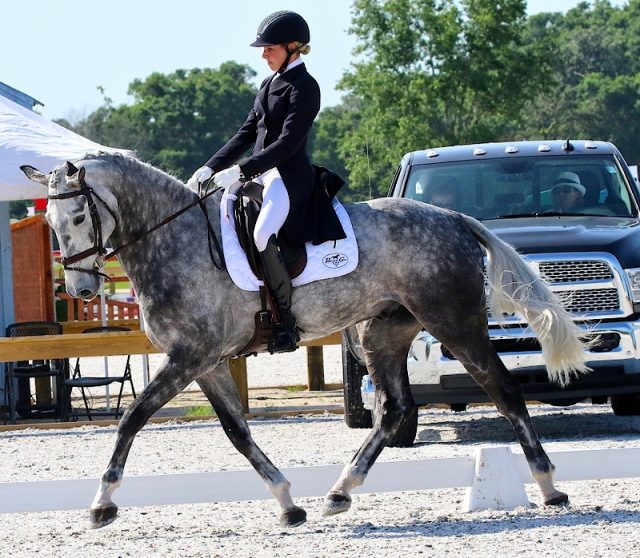 Liz Halliday-Sharp and Deniro Z, a 10-year-old KWPN owned by the Deniro Syndicate and Ocala Horse Properties, finished third in the Advanced combined test on 31.9 in preparation for performing the test ride at Kentucky. 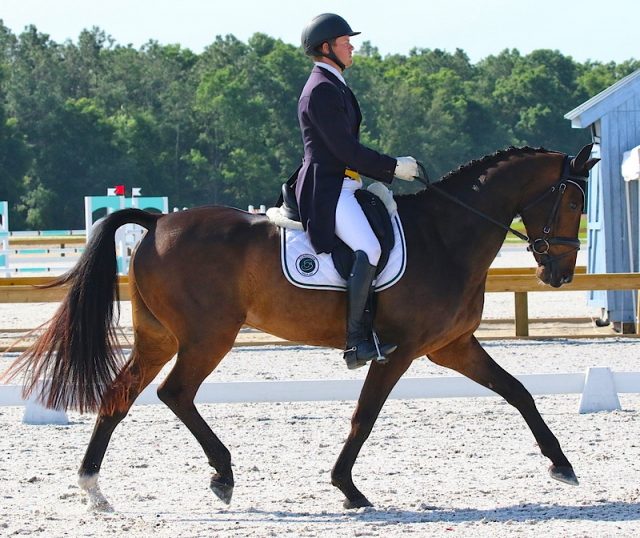 We are in full swing with EN’s live coverage around the world, and it truly takes a village to bring you coverage from as many events as we possibly can. To give you a peek behind the scenes, this weekend we have Tilly Berendt on the grounds at Belton in England, Shelby Allen at Fair Hill in Maryland, David Frechette and Lisa Madren sending videos and photos from Ocala in Florida, and Sherry Stewart sending photos from Twin Rivers in California. Thank you to ALL who contribute to EN. We could not do it without you!

Keep it locked on EN for coverage from all major events running this weekend around the world. Go Eventing.