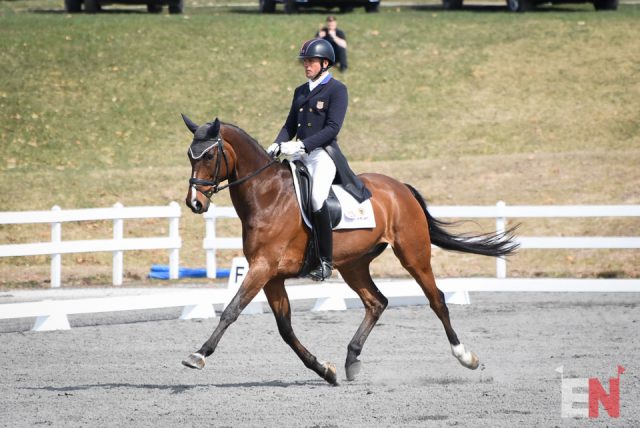 Boyd Martin and Long Island T (Ludwig von Bayern x Haupstsbuch Highlight, Heraldik xx) lead the way in the CIC3* after a full day of dressage at Fair Hill International in Elkton, Maryland on a score of 26.3 (39.45 under the former scoring).

“It’s been an interesting couple of weeks. We had the three-star at Carolina, then The Fork then this one and they’ve all had slightly difference atmosphere,” Boyd said. “The horses all seem to light up and buzz up in this ring (at Fair Hill). It suited Long Island T. He’s a quiet horse, and it spiced him up just enough.”

This weekend serves as the 12-year-old Oldenburg/Thoroughbred’s second CIC3* start after spending this season chipping away at the dressage with the help of his wife, Silva.

“To be honest I just get my wife to ride him a bit, then I just hop on at the shows,” Boyd said with a laugh, admitting that the highlight of his test was simply that he remembered it. Professionals—they’re just like us!

Next, he looks forward to what Derek di Grazia has prepared on the cross country course, which has been shifted this year to follow a path more like the fall CCI track, including all three water complexes.

“The course looks really good. Fair Hill is always an event that I like to come to. It’s got a real three-day event feel. The turf is good. It’s not overly big, but it’s nice inviting fences, and all the questions are there: coffins, waters, corners, narrows. I think this a great preparation for any horse going to Jersey or Kentucky,” he commented. 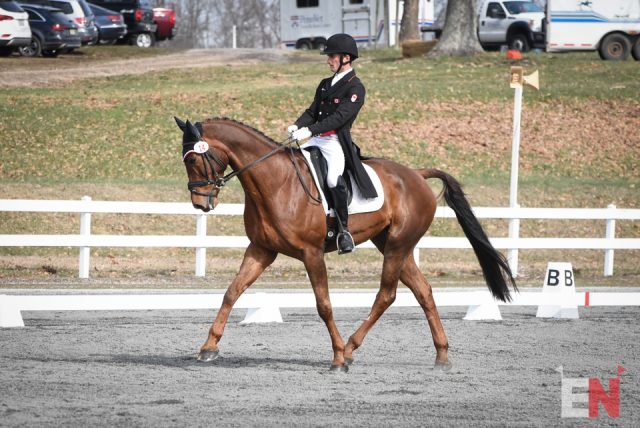 Waylon Roberts was the only other rider to earn a sub-30 score this morning aboard Michelle & John Koppin’s Lancaster for second place on a score of 29.7.

“He went in and was right on his job today,” Waylon said. “He’s felt really comfortable in this arena. Sometimes he can be a little nervous in his surroundings, so I was pleased that he went in and stayed really confident. That was my goal today: be smooth, keep him in the corners and be really relaxed.”

Waylon has big plans for this exciting 11-year-old Canadian Sport Horse, and Derek di Grazia’s cross country course proves a great challenge for him ahead of the CCI3* at Jersey Fresh, after which Waylon hopes of representing Team Canada at the World Equestrian Games.

“Derek, as usual, has set a beautiful track. He gradually progresses you through the track and then the end is quite intense. The last water is big and we’ve got a serious pair of double corners on a big angle and some big gallopy fences at the end,” Waylon described. “I’m looking forward to it with both of my horses. I think it’s a course that really suits Lancaster well.” 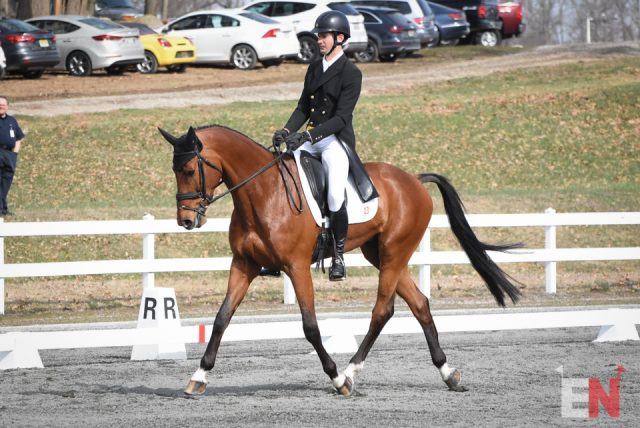 Matt Flynn and Get Lucky. Photo by Shelby Allen.

Matt Flynn takes up third place with Flynn Sport Horse’s Get Lucky, a 10-year-old Dutch Warmblood (Van Gogh x Ranna) owned by Flynn Sport Horses. They sit on a score of 30.9 in the horse’s three-day debut.

Caitlin Clasing sits in second on a score of 32 with Steplin, LLC’s Cartender de Nyze, an 11-year-old Holsteiner (Caretino x M-Cyra). Will Coleman is currently fifth with Off The Record, a 9-year-old Irish Sport Horse (VDL Arkansas x Drumagoland Bay) owned by the Off The Record Syndicate. 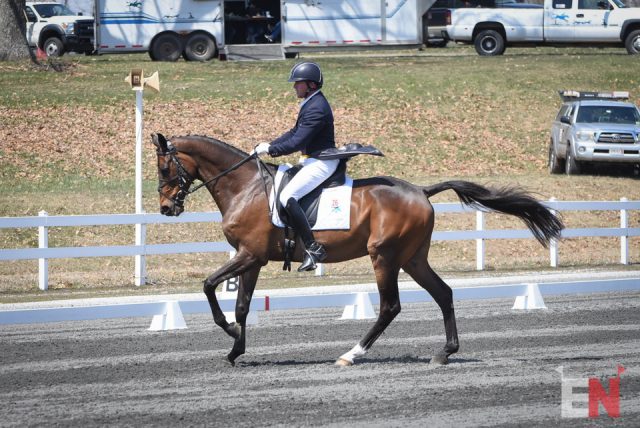 Will Fuadree and Hans Dampf. Photo by Shelby Allen.

Will Coleman and Badminton-bound Obos O’Reilly were the very first ride of the day in the Advanced division, impressing the judges enough to pick up and keep the lead on day one.

“You would’ve never called him this a few years ago, but he’s become reliable in the dressage. He went in there and did a very workmanlike test. It was mostly correct and he’s good at his changes,” Will said of the 15-year-old Irish Sport Horse (Obos Quality 004 x Omard Clover Queen) owned by the Four-Star Eventing Group.

“He’s just such a cool horse. He’s like a member of our family at this stage. I’ve gone through all the difficult years with him and now there’s only love. I’m hoping he has a good run tomorrow.” 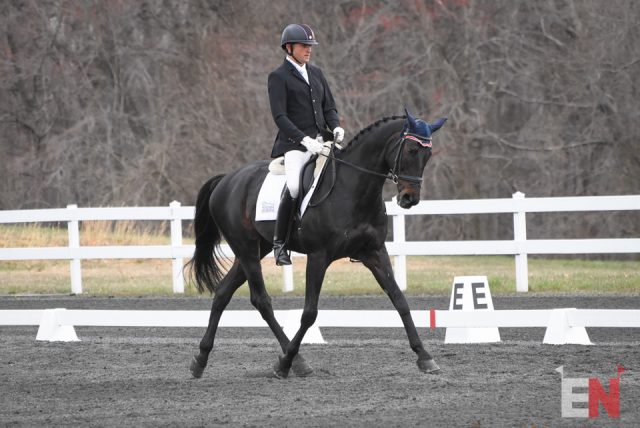 Boyd also leads the Intermediate division with the Shamwari 4 Syndicate’s Shamwari 4 on a mark of 23. This is the 16-year-old Hanoverian’s (Star Regent xx x Donnice) second competition of the year as he gears up for a four-star appearance this summer at Luhmühlen.

“I’m riding Shamwari in the Intermediate and it’s going to be a perfect fitness run for him for Luhmühlen. I’ve just been chipping along with him and quietly getting him fit. Fingers crossed that we stay in good shape,” he said.

Eric Bull and his phenomenal team aerating the cross country to make sure it’s in tip top shape before cross country Saturday! First rider leaves the box at 9:03 a.m. #FHI

Fair Hill International has long been known for their spectacular fall three-day event, while the spring CIC quietly served the Area II community. But they’re starting to turn it up a notch, led fearlessly by Ann Haller, who joined the Fair Hill team as Competition Manager in 2017. Changes include bringing in Marc Donovan as a new show jumping course designer, moving all show jumping classes over to the main arena on the Gallaher side of the property (where the entirety of the October competition is hosted), and $2,500 in prize money for the three-star.

“Hats off to their work!” Boyd said. “I think Ann Haller is a huge part of that, in addition to the committee. We’re very thankful for Ann’s work in this sport. She’s definitely for the riders and encouraging events to make the sport better. I’m very thankful for the committee here. They’ve got some vision here really utilizing this side of the property.”

Stay tuned for much more from Fair Hill! Go eventing. 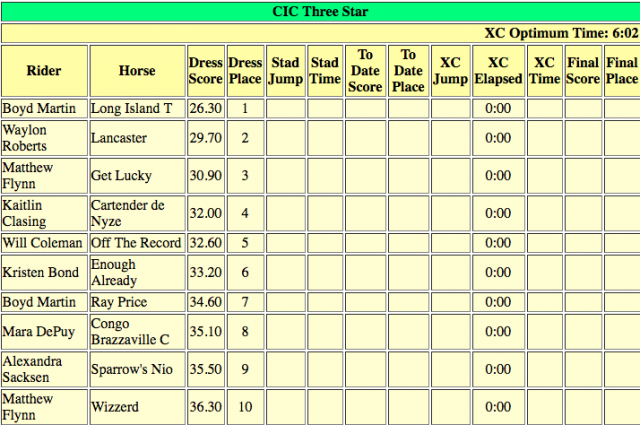 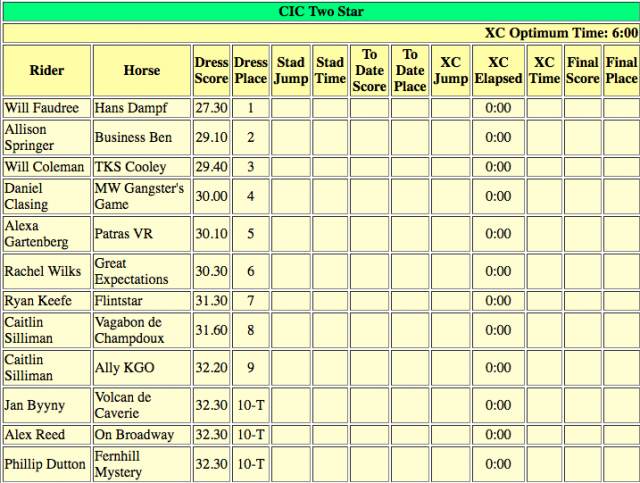