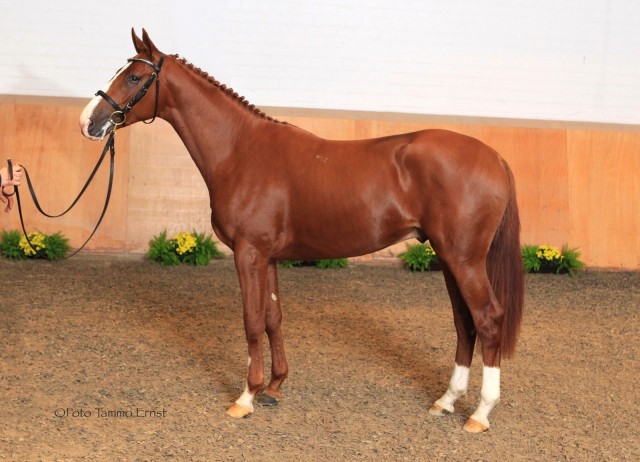 In 2012, Michael Pollard took to his keyboard to voice his opinions on the state of the eventing in the United States. While there is much good to say about the sport, it remains an evolving entity, which opens the door for ideas and opinions on what could be improved upon to keep the sport growing at a healthy and productive rate. Michael wrote a column for The Chronicle of the Horse to put forth his ideas on changing the eventing scene for the better, which included improvements to breeding programs. He firmly believed that if the U.S. riders were able to access quality horses without having to import from Europe, that would be an essential first step in improving the overall performance of the High Performance squad, as well as those who strive to succeed at other levels of the sport. 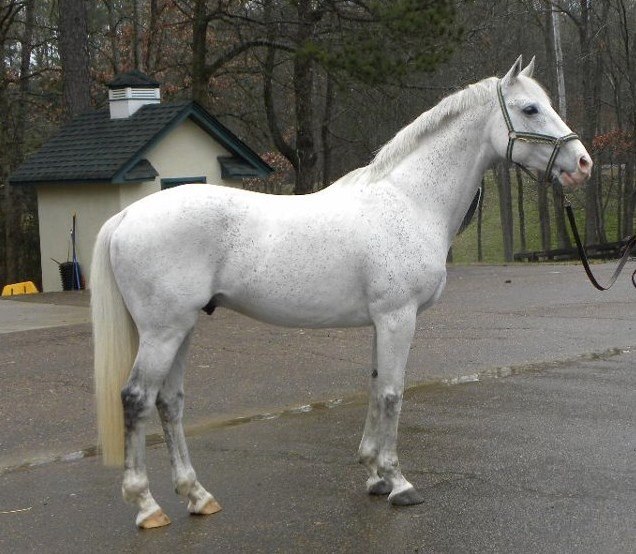 Enter Chatsworth Stud, which has joined the movement to breed quality sporthorses on U.S. soil. “I was just like everyone else. I went horse shopping in Europe for my next top horse,” Michael said. “I felt like I wanted to buy younger horses, as I noticed that the older horses either had some sort of problem or that the good ones were so picked over it was hard to find what you wanted. When you import, the cost of importing is a much larger percentage of the horse’s overall value, especially for the younger, unproven ones. With the young ones, you almost have to buy two or three to potentially get one superstar. It becomes expensive rapidly, and it is really an unnecessary, expensive tax that we put on ourselves.”

Together with his wife, Nathalie, Michael worked with longtime mentor Denny Emerson when the time came to get more heavily involved in the breeding industry. “This was eight or nine years ago, and Denny was looking to move some of his breeding stock. We took over handling the books for Formula One, and it just went from there. The Chatsworth brand has been in operation for about six years now, and it’s really grown from having quality stallions and doing more advertising.”

Michael and Nathalie made a strategic decision to buy stallions and mares with breeding potential on any trips to Europe so that they could build their stock at home. “The idea is to have enough Thoroughbred blood to inject a little warmblood in order to create more movement. Eventually you’ll end up with a hybrid somewhere down the line that meets all criteria for event horses,” Michael said. “In the end, the four-star horses will need to be good enough where they could succeed in the higher levels of strictly dressage and show jumping. That’s where it gets into a numbers game to be able to produce those types of horses. What I’ve been happy with so far is that the horses who have come through our program and have gone through the Young Event Horse program have done quite well. We haven’t had any that I didn’t think had a shot of making it to the top.” 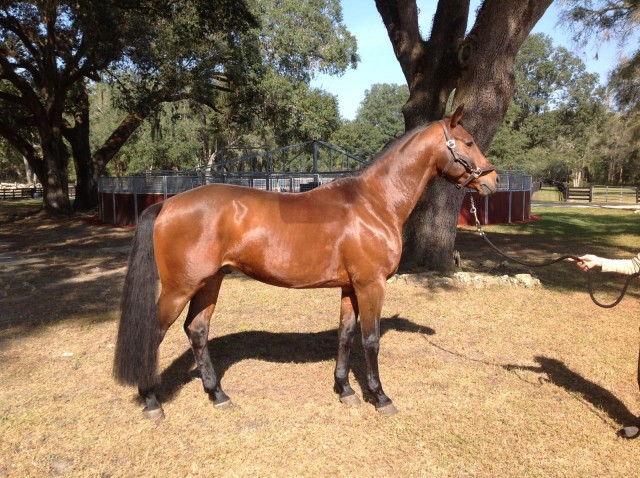 As the Chatsworth brand continues to grow, the goal is to have eight to ten foals produced each year. “It will be easier to show what our breeding program is doing as the numbers get bigger. So far we’ve gotten great feedback on what we have bred, and everything we have had come through our program is something I would be proud to show somebody. What we have stacks up with everything you could see in Europe,” Michael said.

As far as plans for the future are concerned, Michael still has his eyes fixed upon improving the availability of elite sporthorses to alleviate the added cost and inconvenience of traveling to Europe. “I would like to get together with other breeders and perhaps do a sales week or a winter auction. Long term, I think that’s what we need: an outlet where people can come and see nine or ten horses and feel like they have options. That is one advantage that going to Europe offers; you can see numerous horses in one day, whereas here you would have to travel long distances to see an equal number of horses. Offering something similar is something I would like to see here.”

A believer in “work smarter, not harder,” Michael and Nathalie are focused on their ultimate goal of producing the best possible horses. “Ultimately, it’s a labor of love. We love eventing and we want to create top event horses. We have to keep things moving and make sure we don’t end up with a herd of 40 horses,” Michael said. “Our goal is to be a viable option for people who want top quality young horses. One day we will hopefully start using the Chatsworth prefix in competition. I would love to have bred enough horses someday to supply everyone in need with an elite string of horses.” 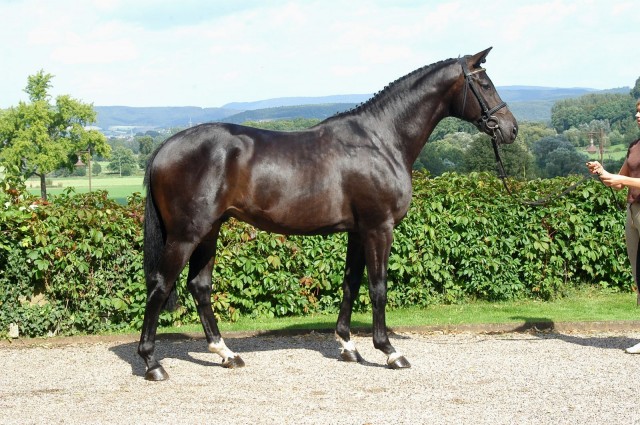 Among many other fantastic breeding opportunities that are available through Chatsworth is the stunning Trakehner stallion, Songline II. You may remember this stallion from his stunning dressage test at Ocala Winter II earlier this year, where he scored a 21.7 on his way to winning the Open Intermediate division. The 10-year-old dark bay son of Summertime out of Schwalbenspiel came to Chatsworth Stud in 2013 from owner Gustav Schickedanz, and his lessee, Tim Holekamp. Songline II competed in Germany, winning the Six Year Old Champion Event Horse in 2010.

It has been decided that 2014 will be Songline II’s final breeding season, as his owner has plans to geld and re-train the stallion for driving. “He is a seriously special horse,” Michael said. “He needs to be with mares with a bit more Thoroughbred blood. If there are people who have that kind of horse, definitely don’t miss the opportunity to breed to him. We are very fortunate to have had him in our barn this year.”

For more information on Songline II and the other top quality stallions Chatsworth Stud has to offer, please visit their website. 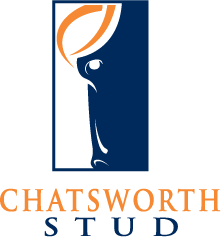