Michael and Nathalie Pollard are the owners and operators of Chatsworth Stud, the breeding sector of their eventing business, Pollard Eventing.  Michael’s goal is to help raise the level of breeding in the United States, in part by finding premium stallions to stand stud at Chatsworth.  This week’s featured stallion is Halimey. 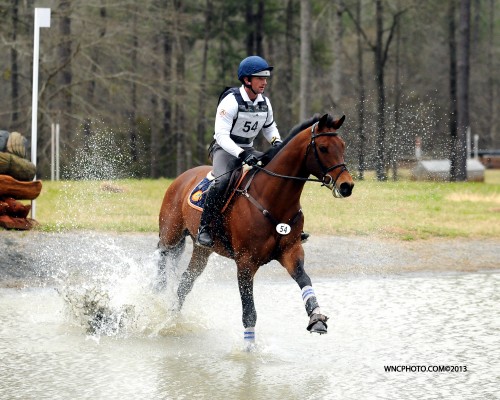 Halimey came to the Pollards, thanks to the Halimey Go, LLC Syndicate, in early 2013 and spent the winter months competing in Florida which included three wins out of four competitions in the 2013 season, never scoring above 26.5 in dressage.

Halimey was bred Germany and in 2007 he was approved in Neumünster as the best Anglo‐Trakehner colt, with a premium title. As a 5yr old, he immediately qualified for the Bundeschampionat of the German Event Horse. He proceeded into the finals, where he placed 10th overall. Again as a 6yr old, he qualified for the same event. In 2009, he was the Champion of his 70 day test in Marbach with top scores for both his dressage and jumping (including cross country) performances. Having recently won the Salgen CIC* in 2011, Halimey Go is a the perfect stud for a potential eventing prospect. An average of 30 percent of his foals have been classified as premium foals. 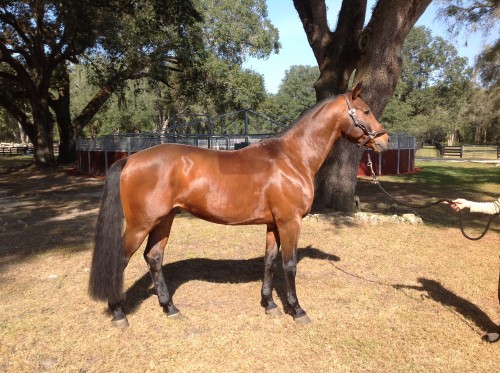 Halimey’s sire, Askar AA, competed in the 1996 Atlanta Olympic Games and his mother, Hamamelis Go, is also the dam of the stallion Harlem Go and half-sister of Pb Go Hamlet. 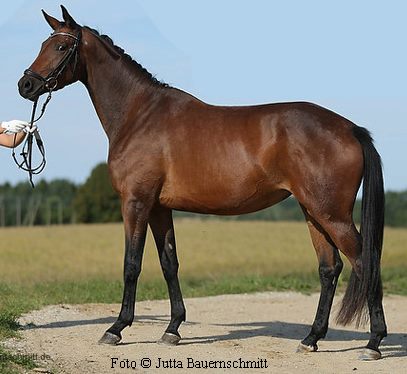 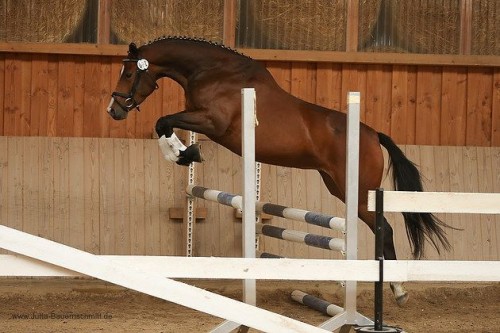 For more information on Halimey or the other stallions standing at Chatsworth Stud visit www.chatsworthstud.com. The Pollards are excited to watch these young foals develop into future talented North American Sport Horses.